After figuring out how to order items off of ebay, I have had a steady trickle of packages coming in for the last couple of weeks.  A lot of those packages have been small padded envelopes, with amazing pins and patches inside - so I decided to make a post with pictures of all of my pins and patches, including the ones that I got at comic con throughout the last couple of years.

The first item that I received from ebay was this beautiful Journey to Babel cloissone episode pin: 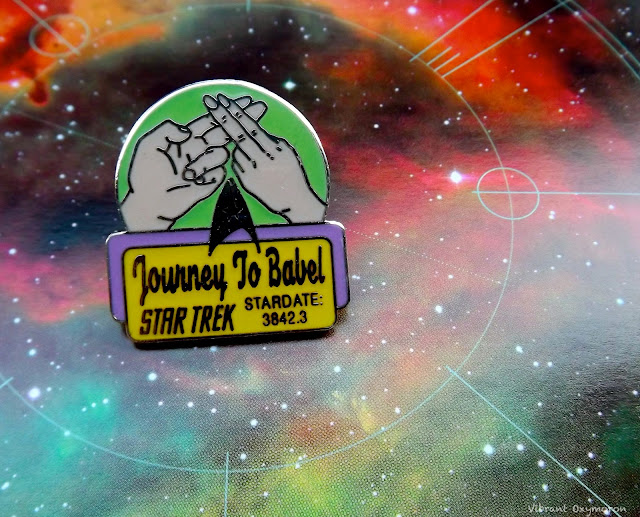 Journey to babel is one of my all-time favorite episodes, mainly because I am madly in love with Sarek and Amanda as a couple. On this pin is the episode name, the stardate, and the hands of Sarek and Amanda in the ozh'esta (finger embrace). It is secured using a butterfly clasp in the back. This is, by far, my favorite pin. As far as I know, these pins went out of production in the mid 1990s.

The second pin I received in the post was this Starfleet Medical Academy pin with a safety pin clasp back: 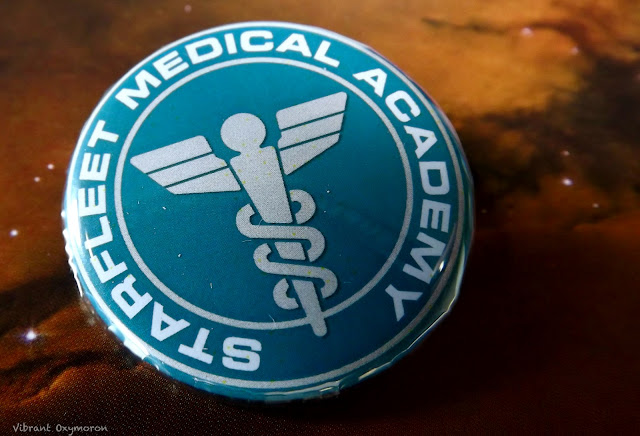 Now if only Starfleet Medical Academy were up and running right now - then I would have something worthwhile to work towards.

At my first ever Comic Con a couple of years back, I picked up this TNG combadge pin, secured with two butterfly clasps: 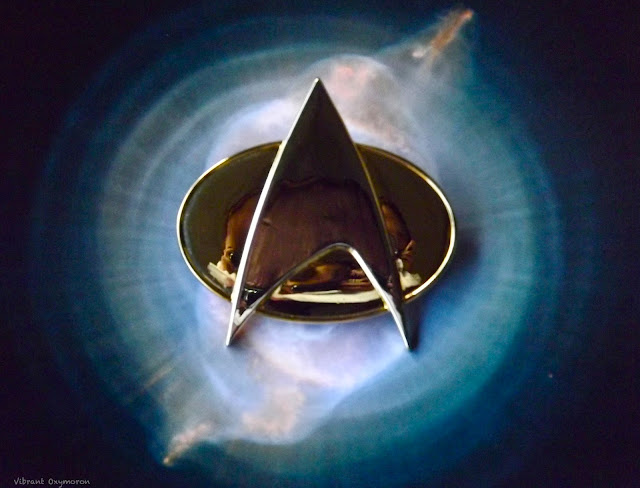 I wore this pin when to last Comic Con as well, when I met William Shatner and Jonathan Frakes. It was actually the only Trek related component to my outfit, strangely enough.

The last pin that came in the post was this (multicolored) cloisonne Romulan Emblem pin, secured in the back with two butterfly clasps: 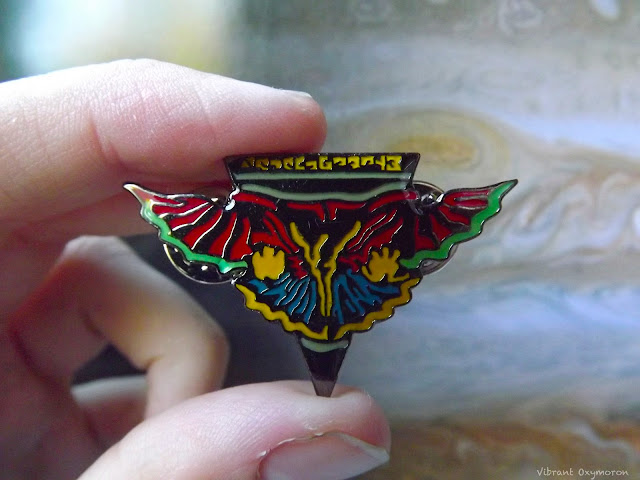 I could go on and on about the Romulan Eagle. Instead, I will end and leave that topic for another day. In the meanwhile, I will be searching for more pins!

I drew a picture of a lanky Vulcan with a large head while I was at work today on my Macbook Pro. I haven't been updating this blog as much as I would like to lately, so I thought I would dump it on here. 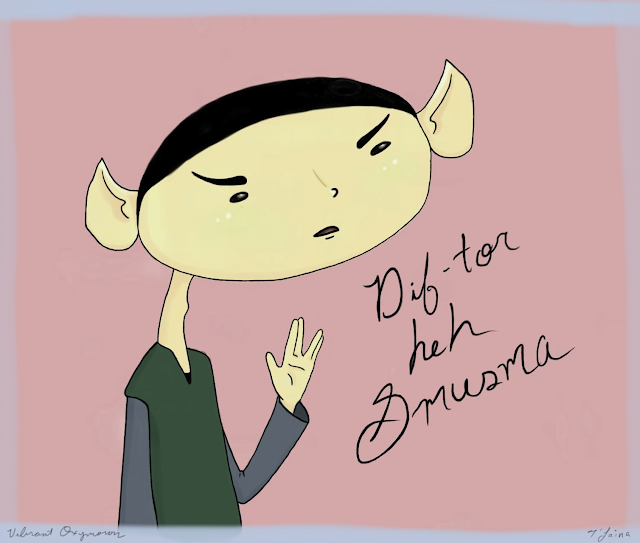