Simon Pegg on Benedict Cumberbatch - "It's not Khan" 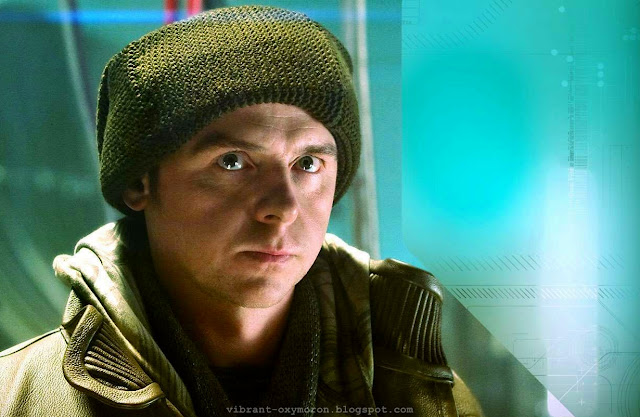 Not too long ago, it seems like the entire internet world was worked up over Benedict Cumberbatch playing Khan Noonien Singh. Now, in an interview over at the Telegraph, Simon Pegg is denying these rumors - telling us to... "F- off!"

"(Benedict's character is) not just another disgruntled alien. It’s a really interesting… sort of… thing."

"Obviously I can’t talk about it.”


Now I'm not disappointed, really (although, like I said before - Khan is going to have to be discovered eventually) - as long as I still get my Cumberbatch fix in the coming Star Trek "sequel"!

But I must say - for a lot of us, speculations and rumors/spoilers are half the fun.  Apparently, however, he does not feel the same way:

"I think people just want to have a scoop. It annoys me – it’s beyond the point to just ferret around for spoilers all the time to try to be the first to break them. It masquerades as interest in the movie but really it’s just nosiness and impatience. You just want to say, ‘Oh f— off! Wait for the film!'"


I do understand, and I see his point. I feel that there are certain fans who are nosy and impatient, but others innocently stumble across a rumor and get excited - we want to share and get other fans excited as well.

Although I see myself as innocent in all of this, I can't help but feel guilt...

Edit: The again, what if he is saying this now so that we won't expect him to be Khan and then we will be surprised when he is Khan, if he is Khan? Who knows. Don't trust anything you read on the movie until it comes out - that's what I've learned so far.