Doctor Who Shirt - David Tennant and the Tardis

As many of you already know, I live in Canada. Right now it is about 18 degrees (64.4 degrees Fahrenheit) and I feel like I am going to die of heat stroke. Despite this, I decided to wrap myself up in clothing (why?) and go out to take pictures. Doctor Who related pictures in the wind and the heat.

I am wearing a shirt that belongs to my sister, featuring David Tennant as the Tenth Doctor. She bought this shirt at Comic Con a year or two back, after I had already left for the day. I am also holding a miniature TARDIS because it happened to be in the bag with my camera. 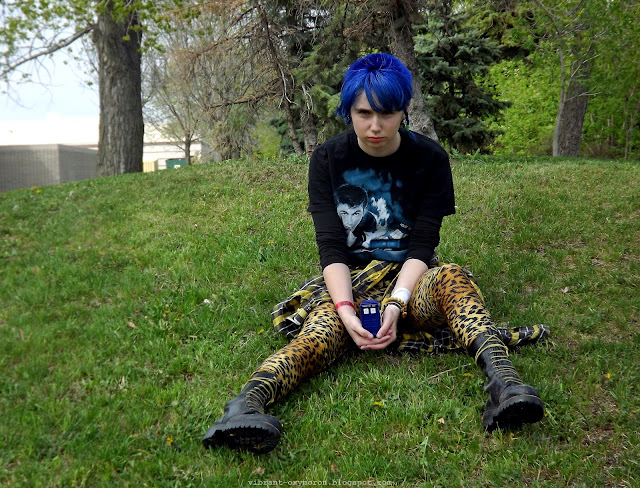 It is actually a wind-up TARDIS that I picked up while I was buying a copy of Metropolis.

But back to the shirt. I really love this shirt (it looks better on her, in my opinion) because of how intense the Doctor looks - I'll bet when my sister is talking to people while wearing this shirt, they are intimidated into utter silence. 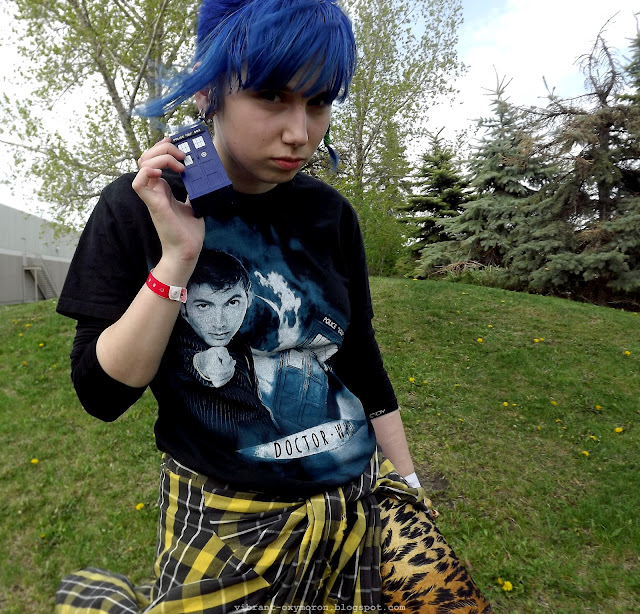 This shirt also goes well with my blue hair.

I was also, while I was outside with my camera, making a small video in which I was lost in place with movement but without sound. I kept calling for the Doctor, but he never came. I found a security device I thought I recognized, but when I ran up to it and started mouthing words (screaming, almost, but there was no sound) I was soon chased away by... something. It was actually really depressing, as you can see by the shot below: 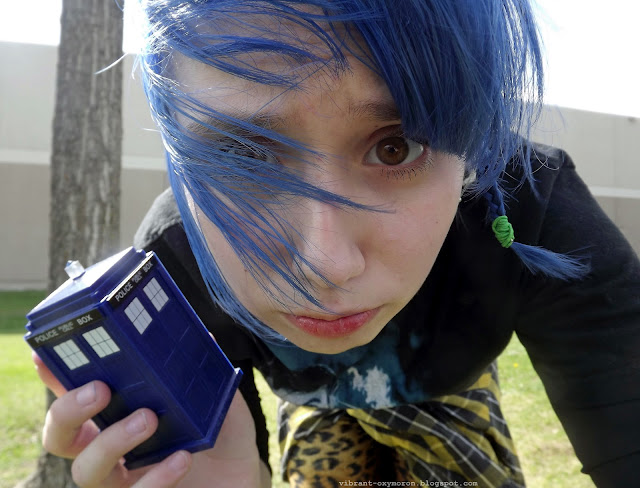 Unfortunately, I was using the video recorder on my DSLR camera, and the focus is terrible. One of these days I will have to record it again, but with another recording device.