Ornithoid Lifeform
The ornithoid (bird-like) life form seen on Pyris VII (Korob and Silvia - TOS episode "Catspaw") is one such outside species. From what we know from brief tricorder readings and the dissection of deceased specimens, these orthinoid lifeforms originated on a cold, dry planet with low atmospheric pressure and a very low gravity - about one sixth of the gravity of earth. 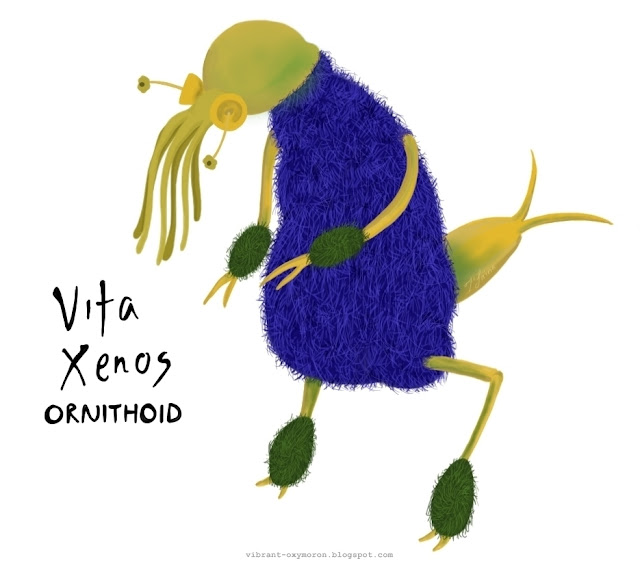 It is theorised that their primary source of nutrition is provided by liquids, due to their simple digestive tract and straw-like mouths. Their eyes have concave reflectors which capture and focus images. This species is known to be an advanced tool maker which is capable of space travel - because their claw-like limbs are not likely to provide sufficient manual dexterity, it is also theorised that their proboscis are used when handling and manipulating items. 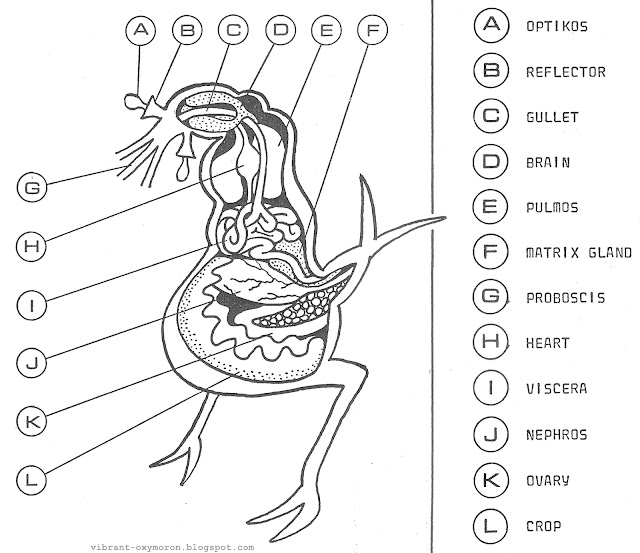 Due to their transmuter technologies, they were able to amplify their mental abilities and survive on Pyris VII. When this technology (appearing as a wand) was destroyed, they were unable to survive on the planet due to their frail physiology and tiny stature.

It is also know that these beings answer to "the Old Ones", but it is unknown who or what the Old Ones are.

Note: The top image of the ornithoid lifeform was drawn by myself with a tablet. I scanned and edited the second image from the Star Fleet Medical Reference Manual.
Posted by T'Laina at 18:08