A few months ago, I was working at my job when my best friend came over and told me that she had gotten something for me and gave me the most amazing wallet I had (and have) ever seen. I am finally going to be putting it to use, but decided to take some photographs of it first - before it starts getting worn out.

A description of this wallet's design from the Dynomighty website:

Faithfully reproduced with elements of Issue 2 from the Star Trek comic series remembered by fans as "The Key Collection". Originally published by Gold Key between 1967 and 1978.

These wallets are recycled and recyclable, waterproof and tear-proof. 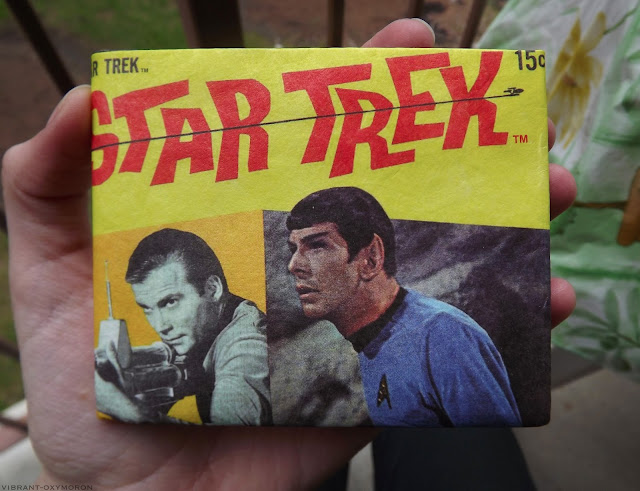 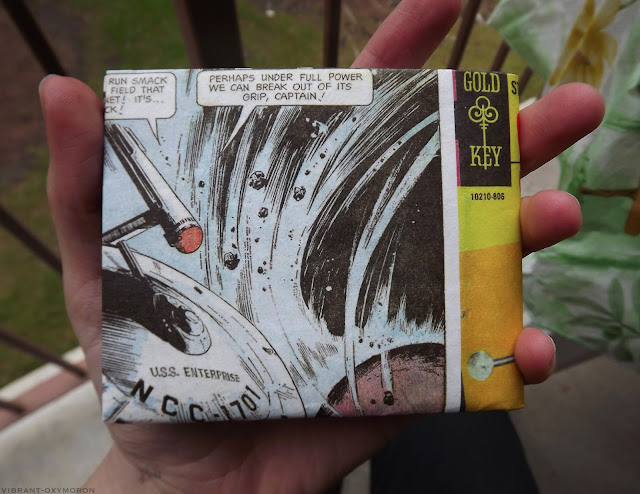 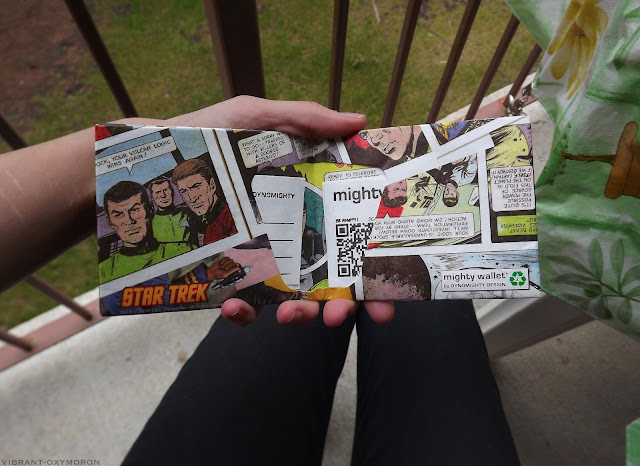 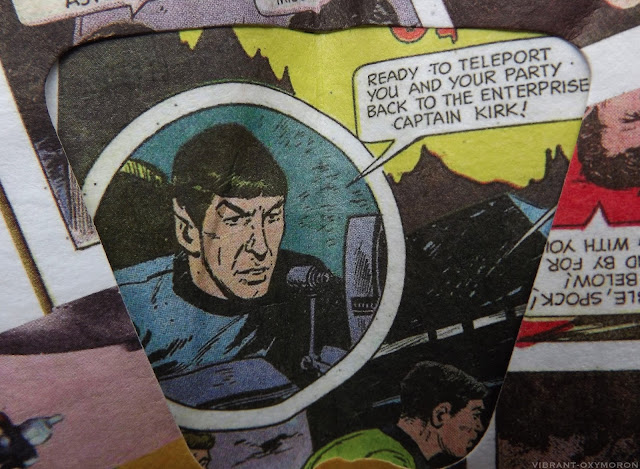 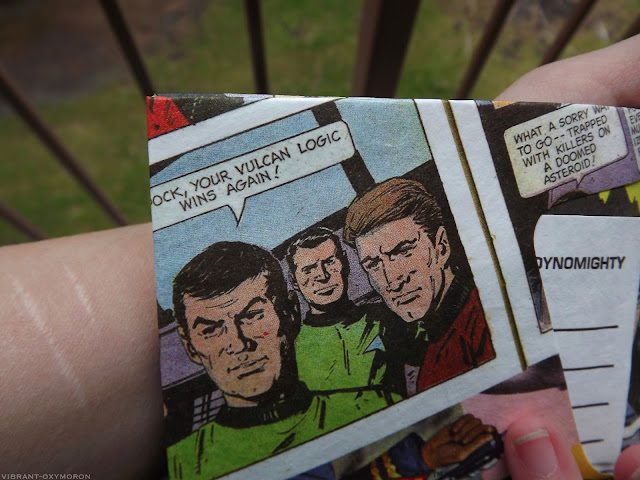 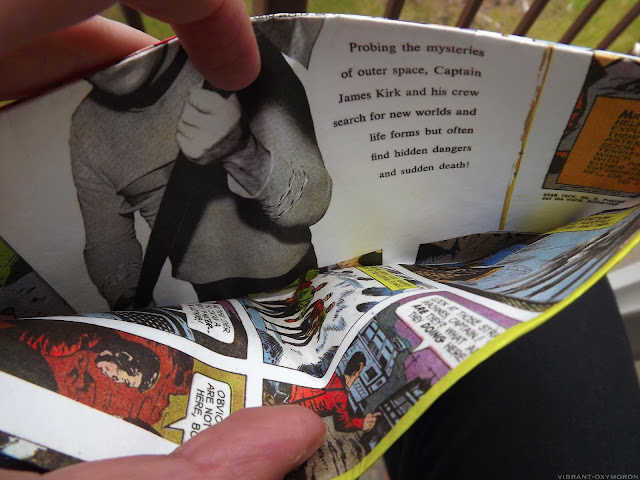 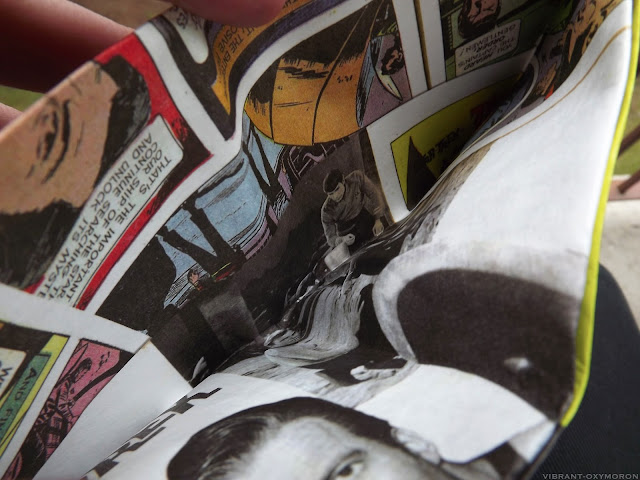 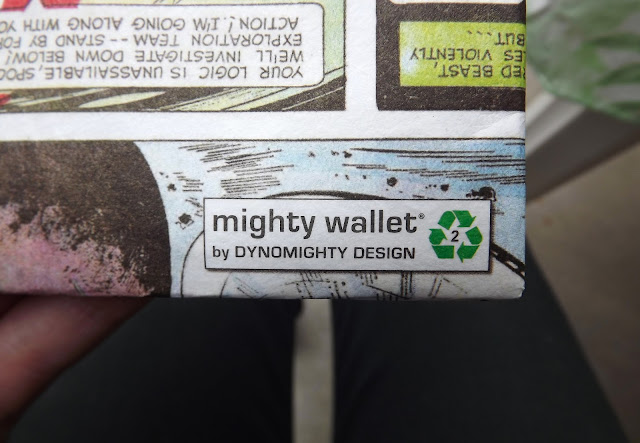 There's really not much else that I can say without practically quoting the website directly or gushing over the wallet's beauty. If you would like a tyvek Mighty Wallet of your own, check out the Dynomighty website here.

Being a huge fan of Classic Doctor Who, I always wanted to try Jelly Babies. The problem was that - as far as I knew - they were only sold in the UK. It's been years now, and I finally came across some that were being sold at a Bulk Barn in Winnipeg. I was so excited that I could hardly wait until I got paid so that I could buy a bag.

I don't even like candy, generally. But I do like Doctor Who, and fandom can drive a person to do many things. 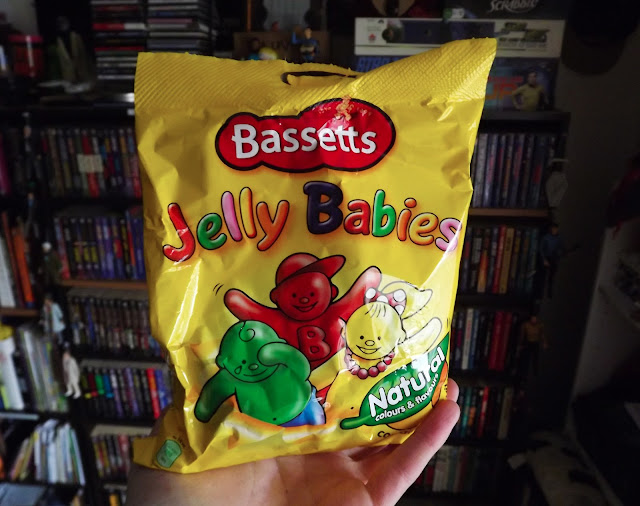 I finally got myself a bag today (only one because I didn't know if I would like them) and brought them home for a private unveiling. And then I became confused by the state of this popular British candy. 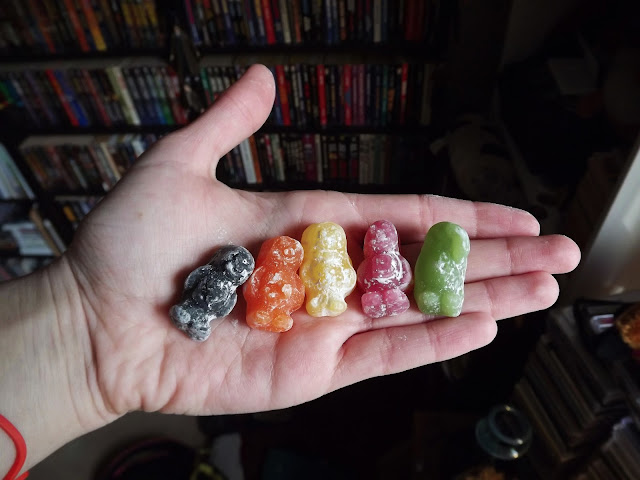 I had never actually seen a Jelly Baby close up. They feel really strange, and they are covered in some sort of powder which I read online was icing sugar. 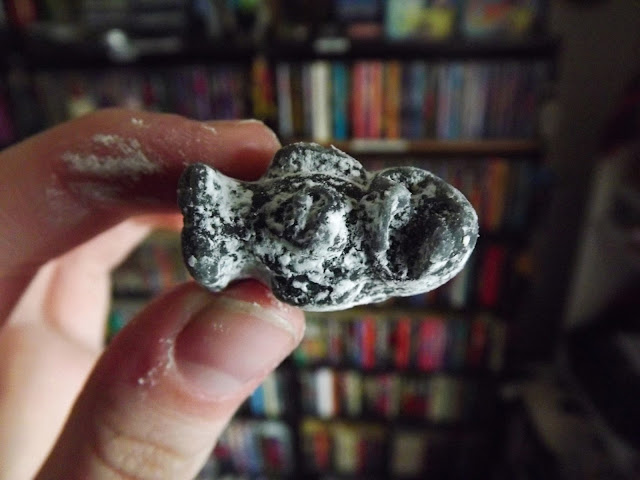 I tentatively tried one, and was delightfully surprised by the texture - I didn't even know that it was possible for sweets to have a texture like these do. I kept eating them for the texture, and they taste was alright as well - but they are so sweet. Apparently they all have names, and also play instruments. They are strange in every sense - at least I think so. My favorites are the black ones, but there were only two in my package. 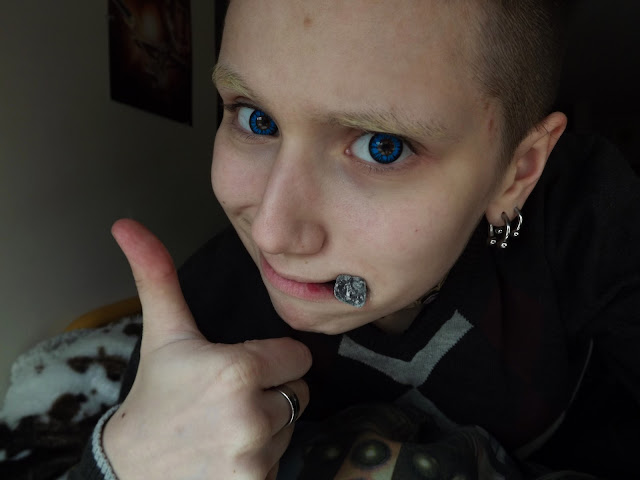 It's no wonder the Doctor is so fond of these - although did anybody else notice that when he offers a Jelly Baby in Image of the Fendahl that it is another candy entirely offered to the skull - I think a liquorice allsort? In the Sun Makers as well, to Cordo. I was so confused when I first saw it, but I suppose that could have been the point - a distraction to buy a second more of time. Cordo was human, so he would be more likely than a non-human to know what a Jelly Baby actually was.

Email ThisBlogThis!Share to TwitterShare to FacebookShare to Pinterest
Labels: doctor who, jelly babies 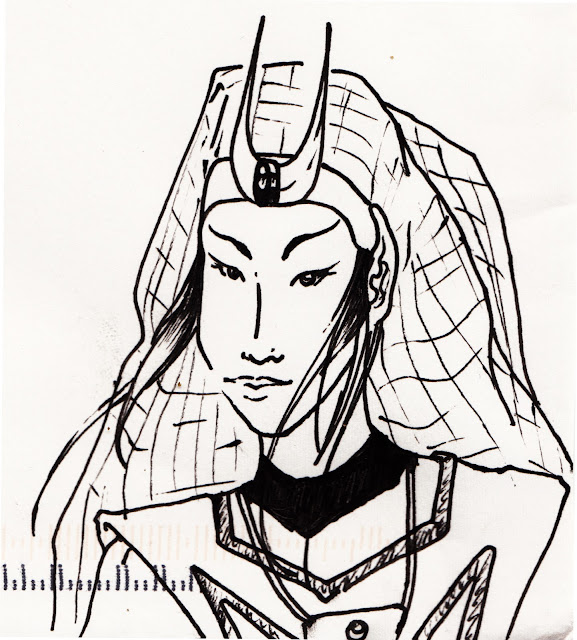 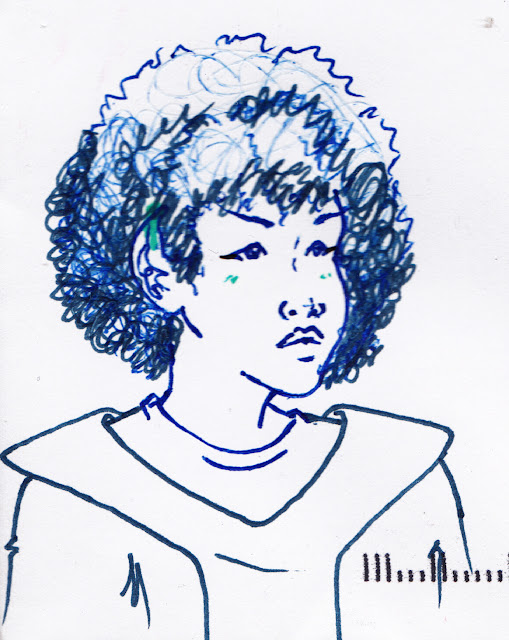 If you are interested in exchanging letters with me, please contact me at vibrant.oxymoron@gmail.com and I will give you my mailing address.
Posted by T'Laina at 20:14 13 comments: 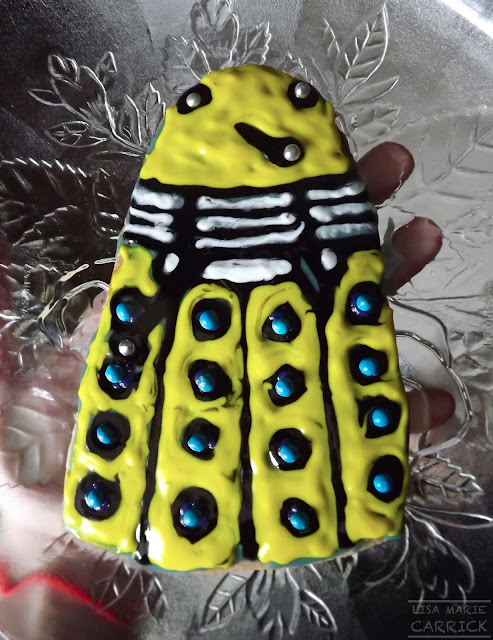 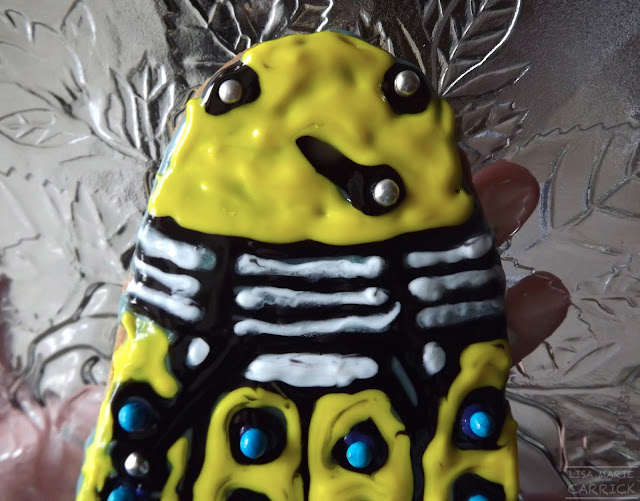 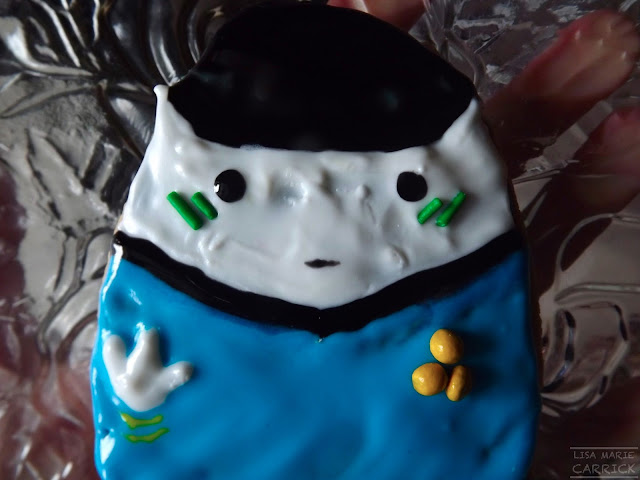 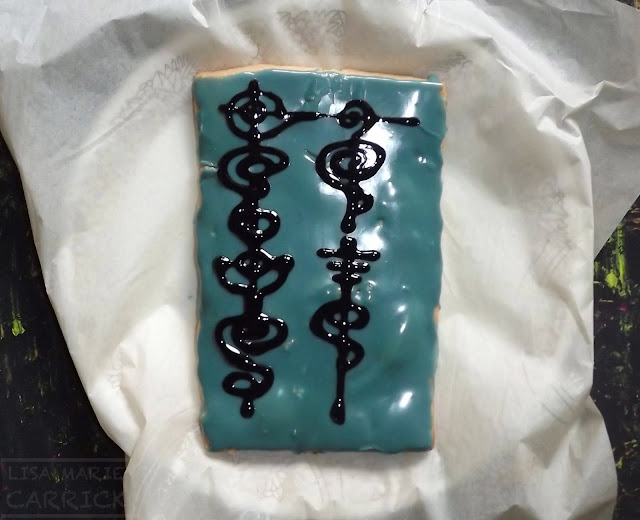 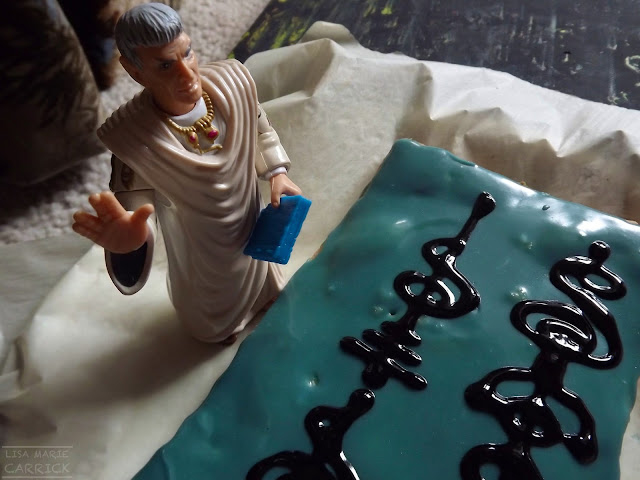