The other day, I went on a grand quest for fabric and materials for the Vulcan robes, necklace and headdress that I was going to create for Comic Con. Unfortunately, after hours of searching I found that the materials I would have needed came to more that 600 dollars. I walked home, defeated, drinking orange juice and singing Roses in the Hospital.

But then I decided to stop in at the mall to cool off. I walked in, and saw that the Hallmark shop had the new Star Trek ornaments in - my day got ten times better with that sight. Walking through the mall to get to the bus loop, I also decided to look inside HMV. My day then got 100 times better. 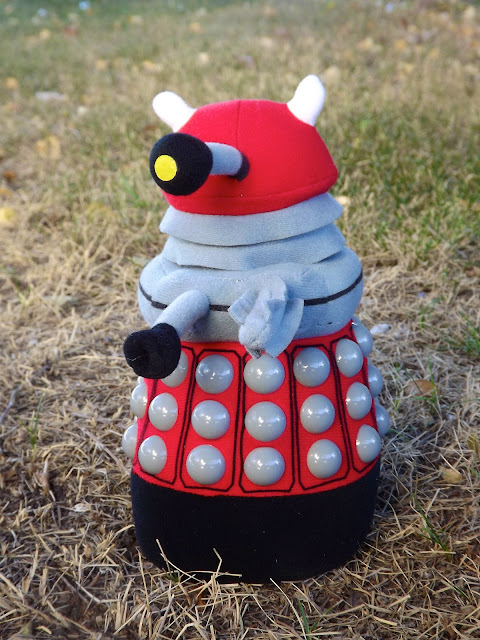 This talking Dalek plush is one of the most adorable things I have ever seen. Not only does it look adorable, but it sounds adorable as well. When pressed upon, it says one of two things: "Exterminate! Exterminate!" or "You would make a good Dalek". There are only three sense globes in each row around the lower casing, but it makes up for this inaccuracy with it's clear sounding phrases and charm. 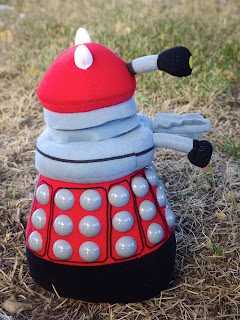 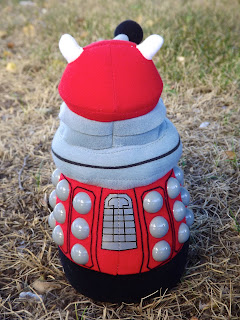 The next day, I brought the Dalek with me everywhere - to work, across the street for a Monster, and around the city in general. I also took pictures while we were out (see above) and made a video about it, with which I will conclude this post: