A few days ago while I was working as a respite worker, the kids finally convinced me to try playing Minecraft on the Xbox. I became addicted almost immediately, and promptly got a version for my mac - a better version, in my opinion, because there is a creative mode as well as a survival mode.

I spend my time now in Minecraft writing books "written by Surak" in the Vulcan language, and building Vulcan temples. I am even creating the city of Shi'Kahr.

But my favorite building that I have created so far is my Vulcan Conference Hall: 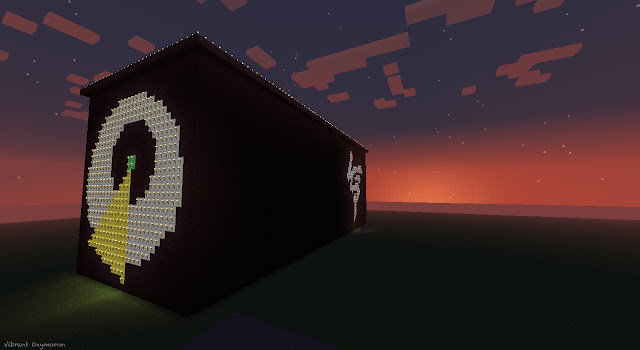 I built an IDIC into the end wall using gold, iron, and emerald blocks. In order for it to be visible in the night, I then covered only the IDIC in torches. In this way, the IDIC is visible throughout the nearby city: 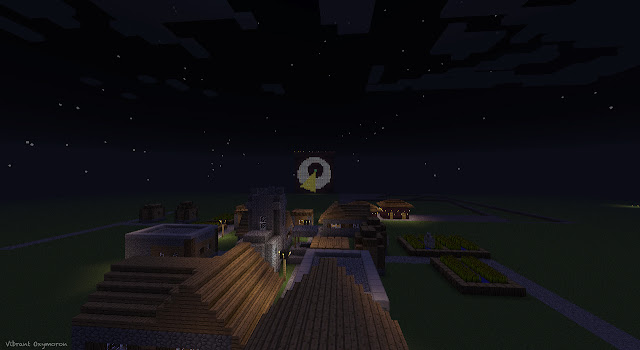 On the side wall I built in the Vulcan symbol for Kolinahr with clay blocks and, once again, covered the shape in torches so that it is visible at night: 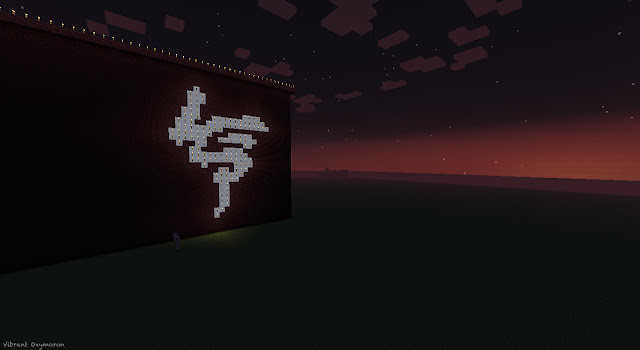 The rest of this large structure is constructed from nether brick, and the roof is outlined with torches: 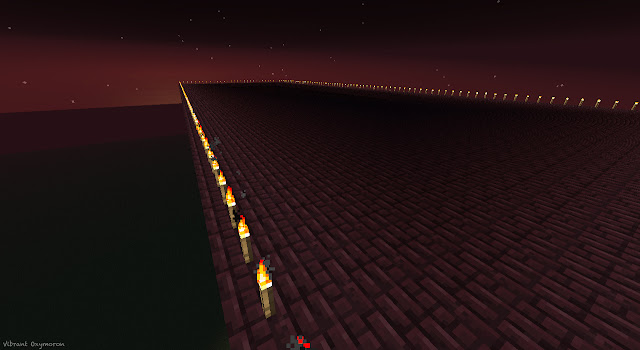 On the other two sides of the building are three sets of doors - around which are adornments in gold, iron, and emerald (matching the IDIC). Surrounding the building are often members of the delegation and ambassadors (actually "villagers"). 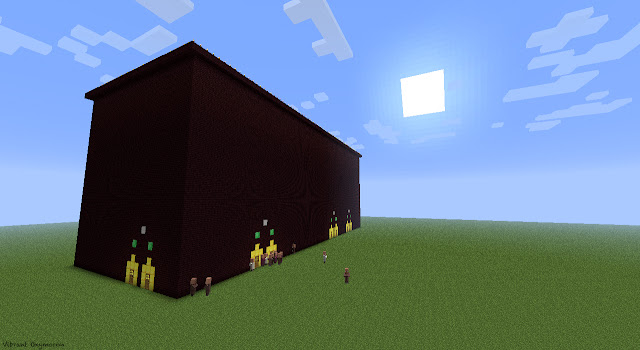 Because of the gold adornment and and the torches inside of the building, the doors are easily visible at night, and have a glowing quality. 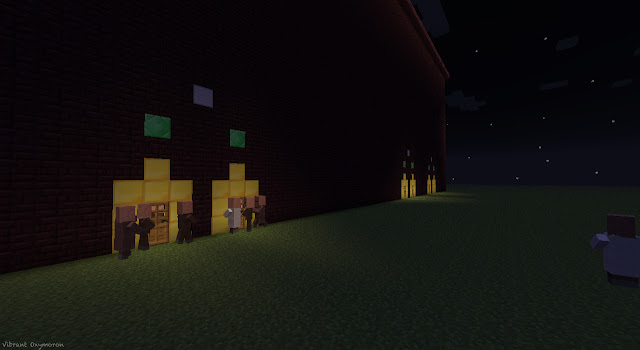 The same is true from the inside of the building: The flooring inside is made of wooden planks, and is lined with torches. The IDIC is fully visible within the dimly lit hall as well as outside, but the symbol of Kolinahr is not. 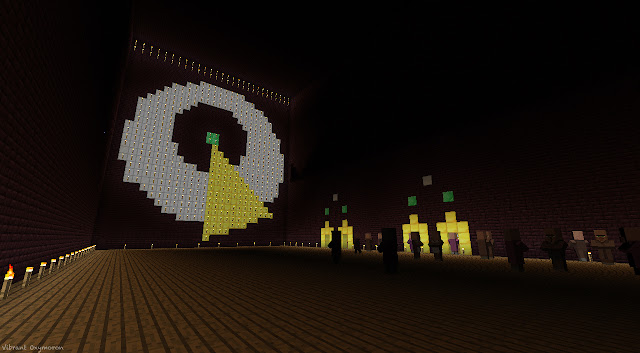 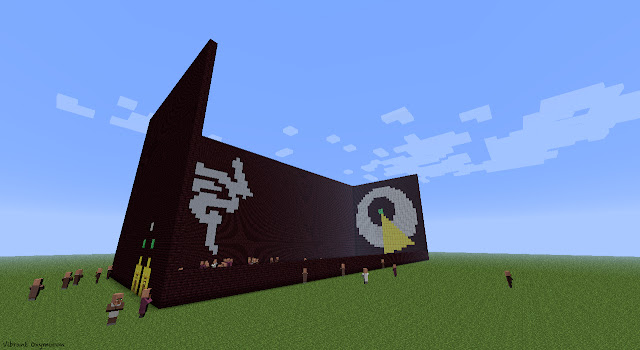 Minecraft is absolutely one of the most addicting games. Well, that and any Legend of Zelda game - both of which I am obsessed with at the moment.