Over the last year or so, I have had the opportunity to meet many of my favorite Star Trek actors and actresses - Michael Dorn, William Shatner, Robert Picardo, Tim Russ, Jonathan Frakes, Nana Visitor, Chase Masterson, Garrett Wang, and Ethan Phillips. Unfortunately, I only got pictures with three of them, and another picture with a cut-out at a show.

Tim Russ and I: 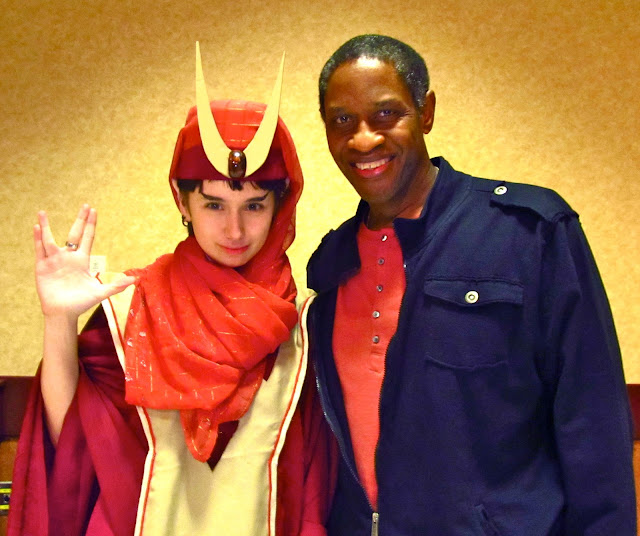 Both Tim Russ and Robert Picardo were very nice, and absolutely hilarious. As I mentioned briefly before,   Tim Russ is very knowledgable about Vulcan culture, and we had a fantastic chat about the language, fashion, and history. Hopefully I will see both of them again.

Robert Picardo and I: 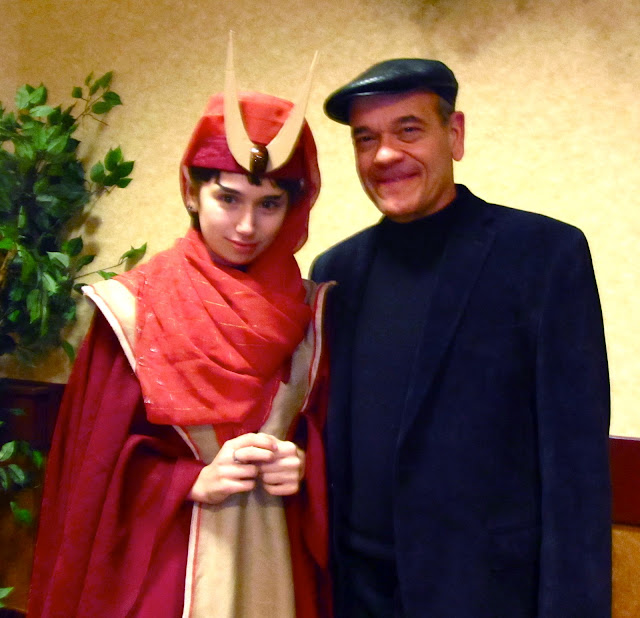 In all of these pictures, I have this goofy trying-not-to-smile smile because I was incredibly self conscious about it. Now that I have braces, I feel like the metal-queen. I absolutely love having braces, and had wanted to get them from the time I was in grade three. I used to roll tin foil into tiny strips and put them in my mouth to see what having braces would look like. But I digress.

I didn't have enough money to get a photo with William Shatner at Comic Con, but I did get some pictures taken with his cut-out at his show a few days earlier: 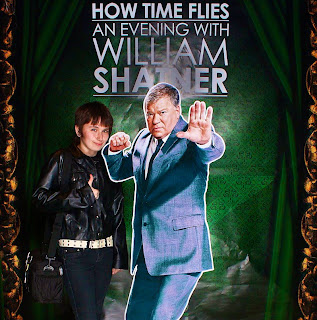 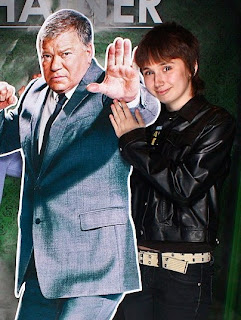 Last, but certainly not least - I had the wonderful opportunity to have my picture taken with Jonathan Frakes and his wonderful, untameable hair.

If you look closely, you will see my TNG combadge. 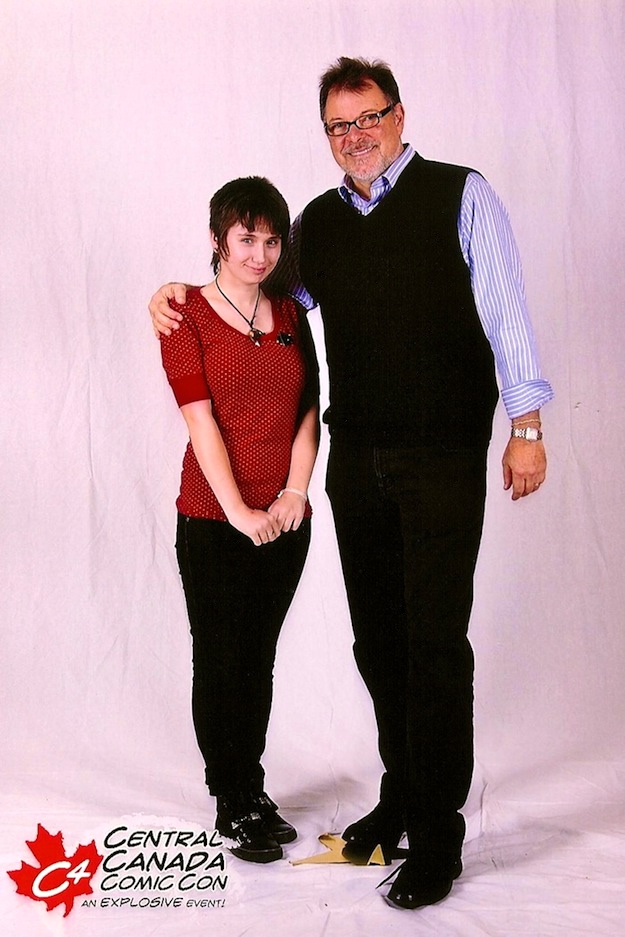 A few days ago, I found out who is going to be at the 2012 Central Canadian Comic Con in my city - Patrick Stewart, Brent Spiner and... Walter Koenig! I am so excited that I can hardly breath. This year, I am going to make sure that I have enough money to pay for pictures with all of them.

Brent Spiner was supposed to be at least year's Con, but something came up and he couldn't make it. I am glad he had decided to come back this year.
Posted by T'Laina at 19:06