I invested in a mannequin the other day for figure-drawing purposes, but became immensely bored with it after about an hour or so - so bored, in fact, that I started acting out those creepy Robaxacet commercials with it.

Luckily, I had some new india ink and acrylics lying around, so I was able to turn it into this (click to enlarge): 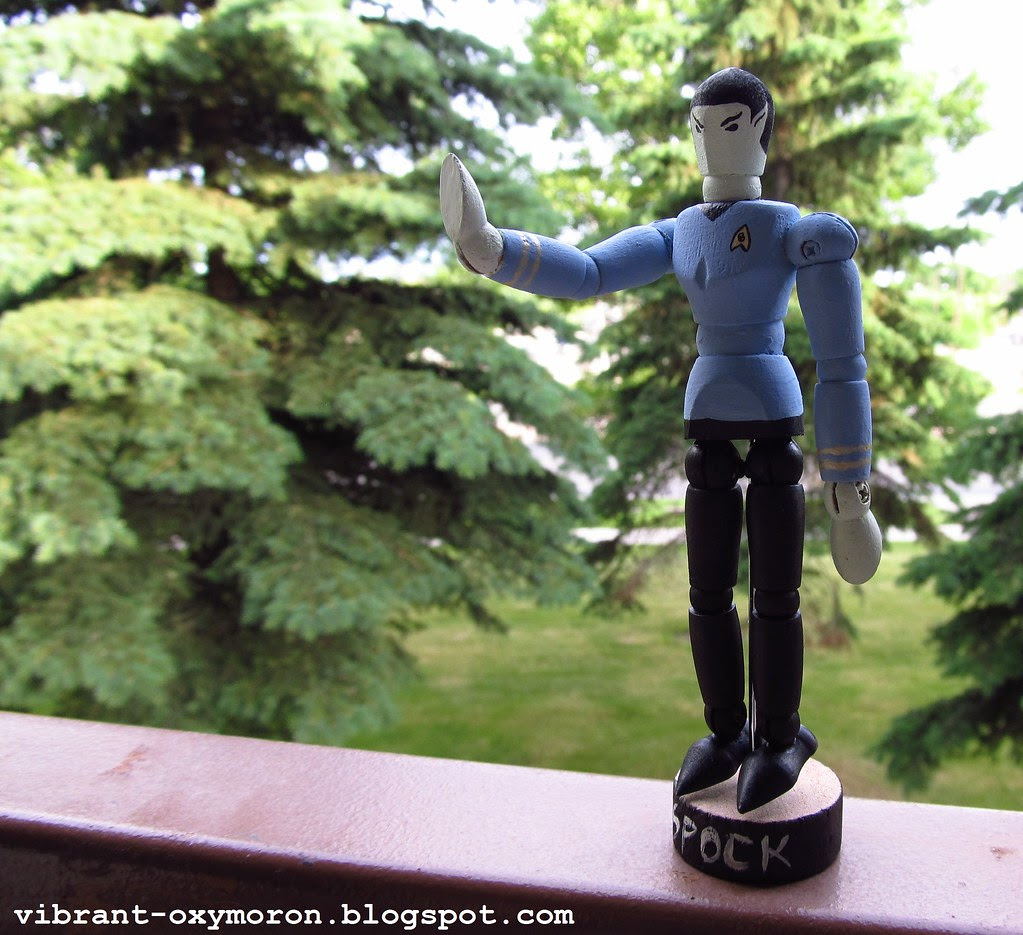 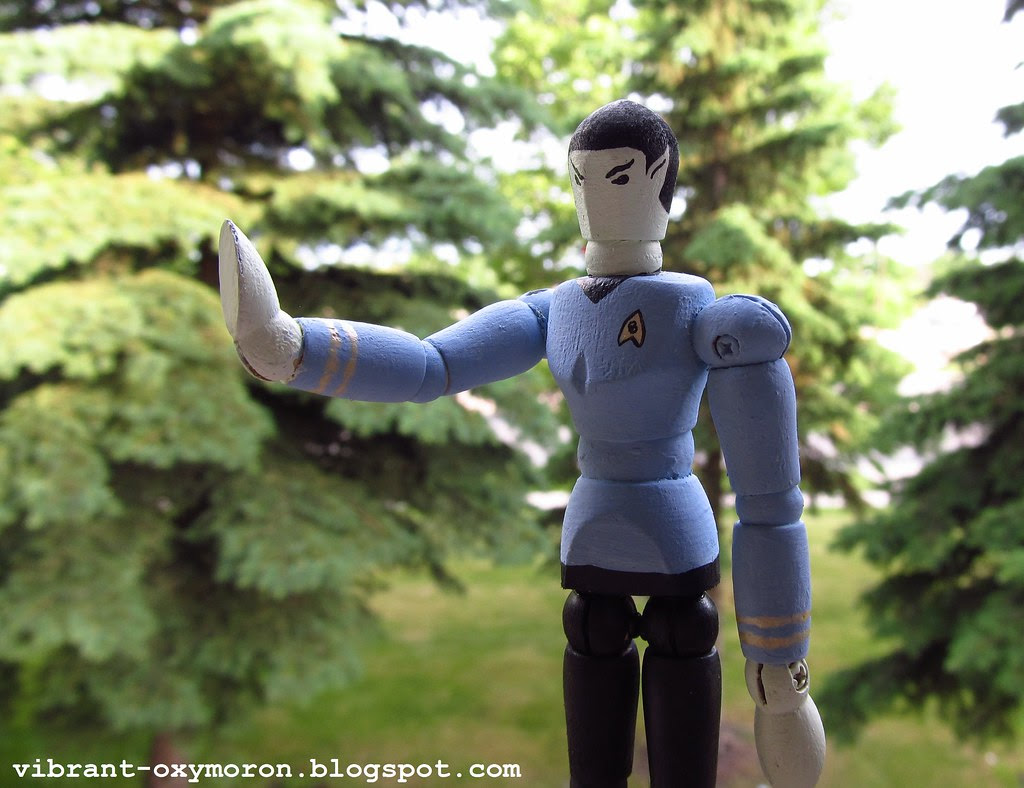 Much better. I had actually drawn on the hand that is placed out in order to make it look more like he was giving the Vulcan salute, but it just ended up looking like he had elephant fingernails or something.

For some reason the only place that sells these mannequins is across the city, and it takes an hour on buses and half an hour walking to get there. When I do get back over there, though, I plan on getting a few more of these boring guys and finishing the bridge crew.

Doing all of this either makes me really cool, or the biggest nerd in the galaxy. Still, only a crazy person wouldn't take Spock over the creepy Robaxacet man.
Posted by T'Laina at 14:17