I have been writing and posting about Vulcan physiology a lot lately, and this will be no different. It is... fascinating.

Did I mention that there will be a post focused on Vulcan reproduction in the next couple days as well?

Anyways, going back to the Star Fleet Medical Reference Manual (again), lets get down to the facts (click to enlarge): 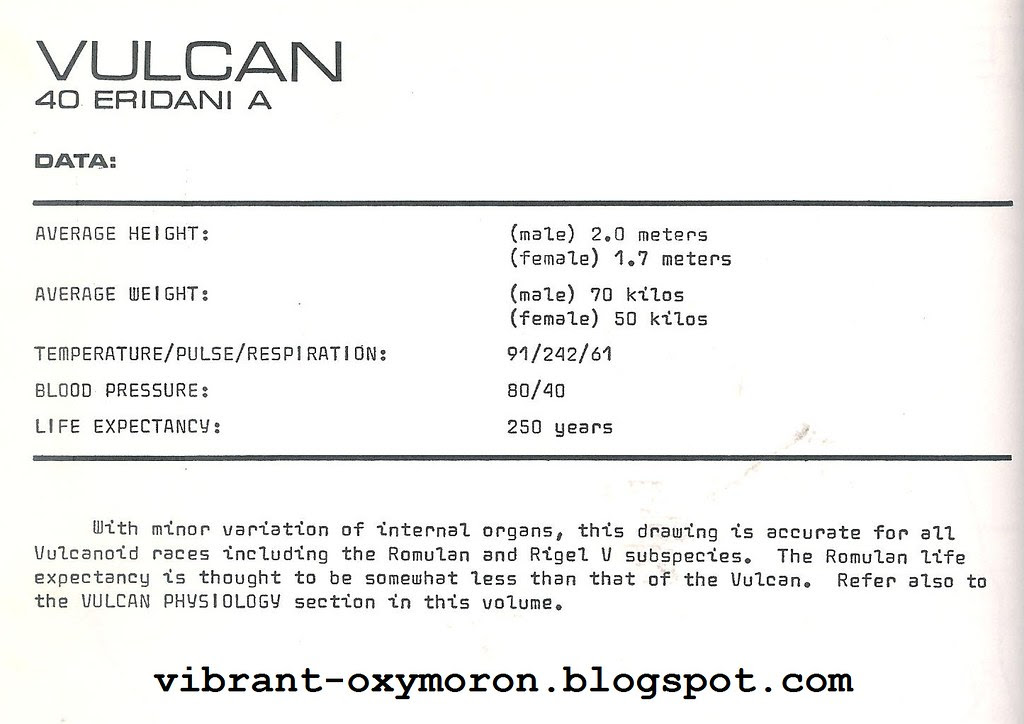 This basically goes over most of what I had mentioned in earlier posts - blood pressure, respiration, etc. However, there are additional details. (Who's ready for more accuracy ranting?)

In novels and fan fiction, there is a recurring theme - Vulcans' "hot" skin. They write about how when a human touches a Vulcan, they are surprised about how warm the Vulcan feels. Obviously, this bothers me. It is a fact that the average body temperature of a Vulcan is 91 degrees Fahrenheit, where as the average human body temperature is 98.6 degrees - Vulcans should then, be colder to the touch, as humans have a much higher body temperature.

Finally, I present to you - a diagram of a Vulcan's internal organs! (yay) 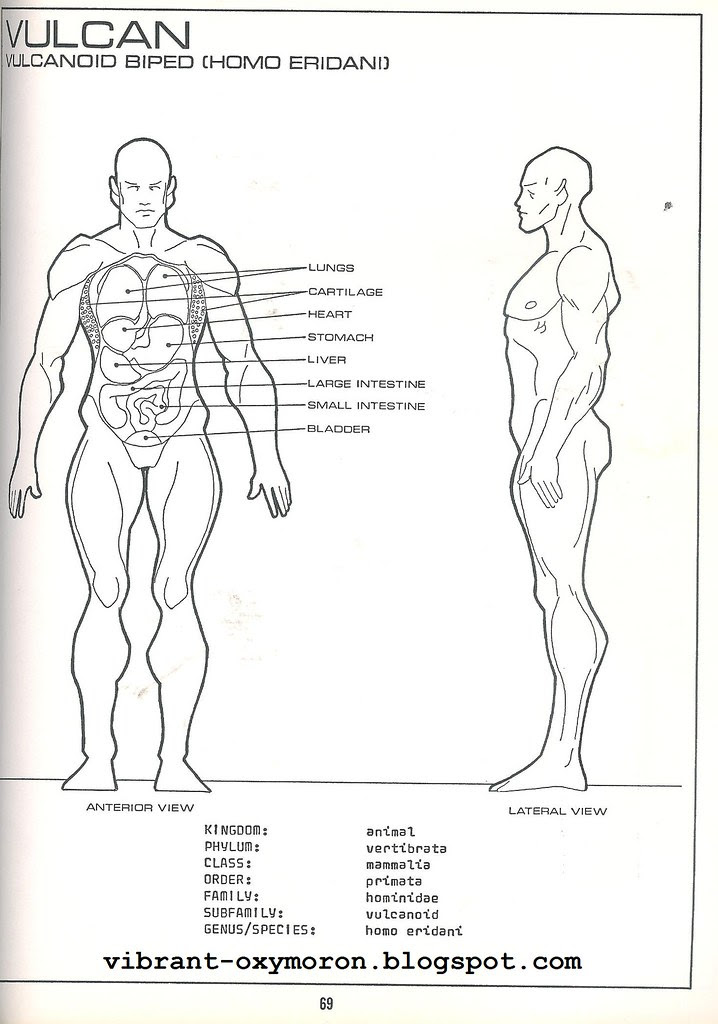 As you can see, the Vulcan heart is indeed where a human liver would be, with the Vulcan liver directly underneath it. The lungs are larger, and their bodies are generally leaner (as evident in top chart, average weight and height).

It is also important to note that this is accurate for all Vulcanoid species, such as Romulans, Mintakans (a proto-Vulcan race),  and "Rigel V subspecies".
Posted by T'Laina at 13:15