A Vulcan cardiac arrest is caused by a malfunction in one of the heart valves (for diagram of heart, go HERE). It is similar to heart attacks in a human, however it is almost impossible to tell for sure without an operation.

If you recall (and I hope you do!), Sarek suffered from a cardiac arrest (as he had been for quite some time already) during the Coridan debate in "Journey to Babel". Without a transfusion, the operation would not have been carried out because of the unique structure of the Vulcan heart (ordinary heart surgery is impossible as well, it must be specialized and use specific equipment). Luckily both Sarek and Spock had T-negative blood, and were compatible despite the fact that Spock does have some human elements in his blood. 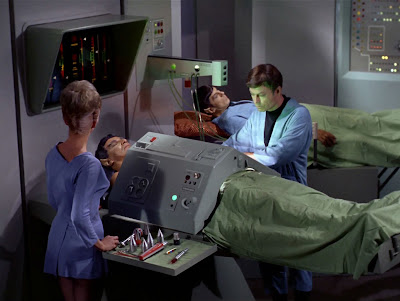 Going back to the handy Star Fleet Medical Reference Manual I had mentioned in an earlier post, we find a handy little chart for diagnosing cardiac arrest in Vulcans, complete with warning signs and a spiffy diagram.

Interestingly enough (or not) the Vulcan in the diagram kind of resembles Sarek. 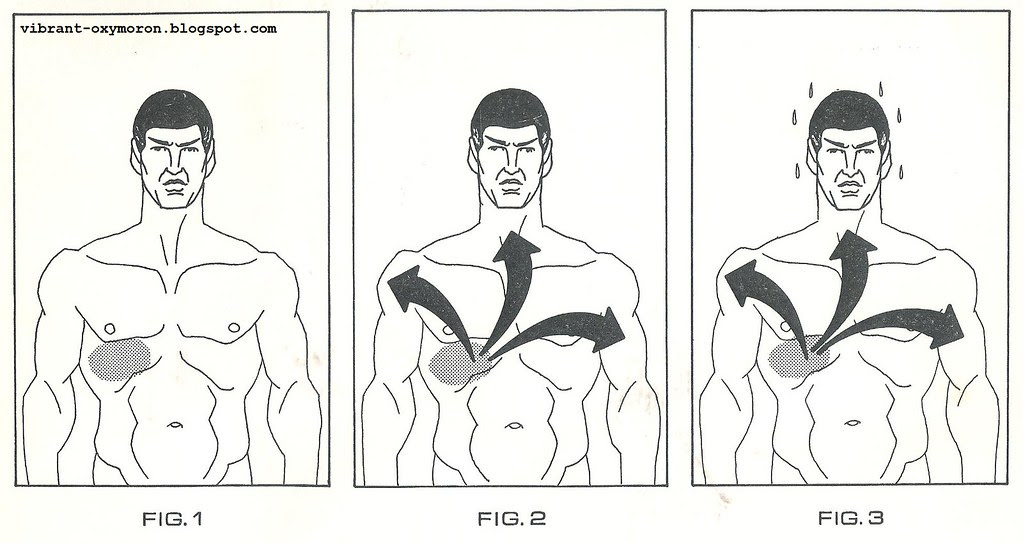 Basically, heart failure in Vulcans is caused by pulmonary and systemic congestion, in turn caused by inadequate systolic flow and the delayed venous return of copper-based blood.

The drug Benjisidrine, originally synthesized from the Vulcan benjisi plant, is often prescribed (as it was to Sarek)to prevent congestive heart failure in Vulcans. It increases the strength of myocardial contractions.