Did I ever mention I am the (very) proud owner of the fully illustrated Star Fleet Medical Reference Manual? It is epic - I mean, the medical advisor is listed as Leonard McCoy, MD. 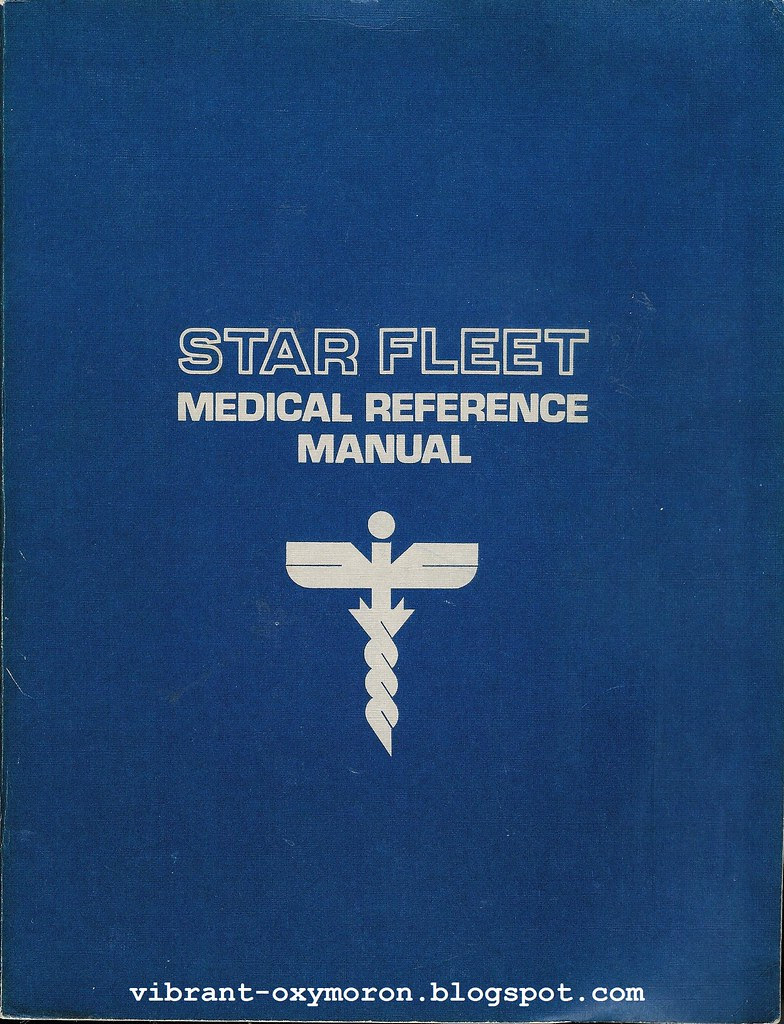 One of the super-cool sections in this book shows the differences in cranial, heart, and brain development between Humans, Andorians, Klingons, Gorn, Tellarites, and Vulcans.

Now anyone who knows me also knows that I somewhat obsessive about Vulcan biology and culture - other species, not as much. Because of this, I will quickly go over what these illustrations tell us about Vulcan physiology, while completely ignoring every other species (except for human). 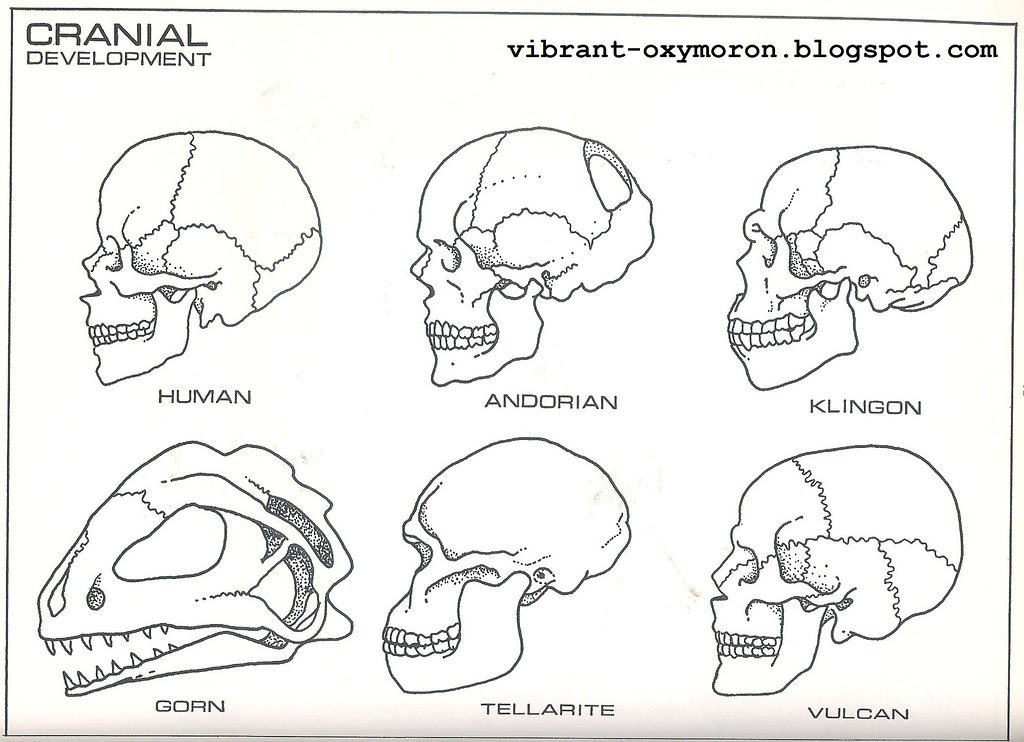 The Vulcan skull is considerably larger than that of humans, with harder bone that is about 0.2cm thicker around the brain. It is also said that Vulcan males do not possess the "supraorbital taurus" (bony ridges above the eye socket).

Now let's check out them brains! 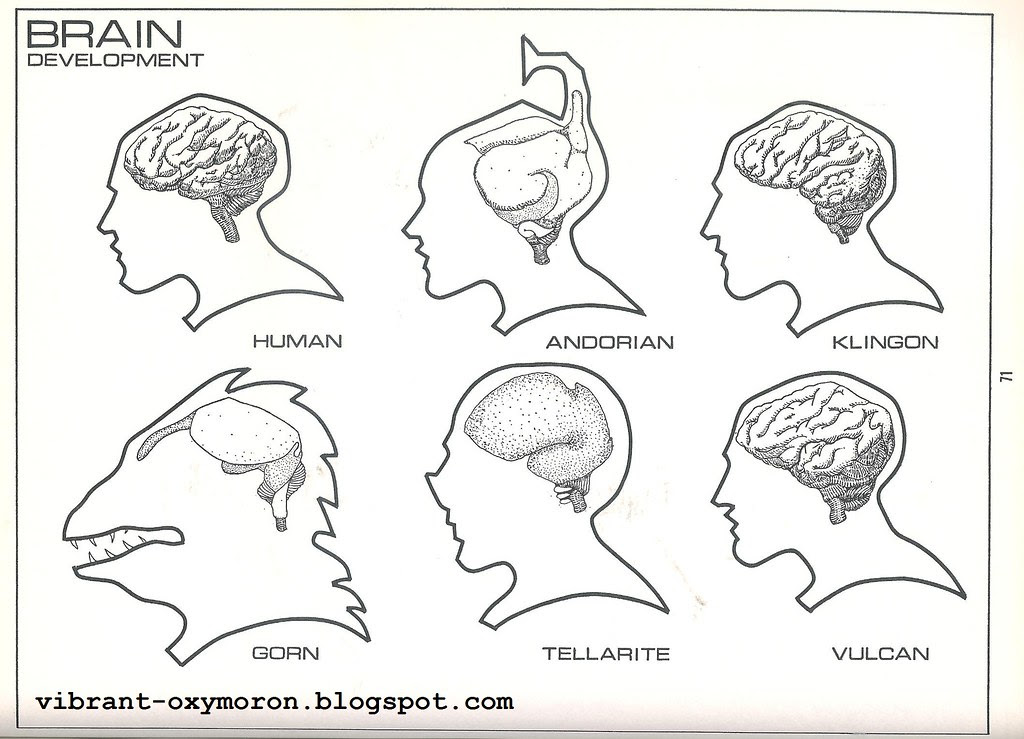 The Vulcan brain and the Human brain have the same overall structure and size, however the midbrain is significantly different in Vulcans. This midbrain is where telepathic and telekinetic powers originate - the Vulcan midbrain is larger and far more intricate, explaining to a certain extent their psionic powers.

Last one - the heart. 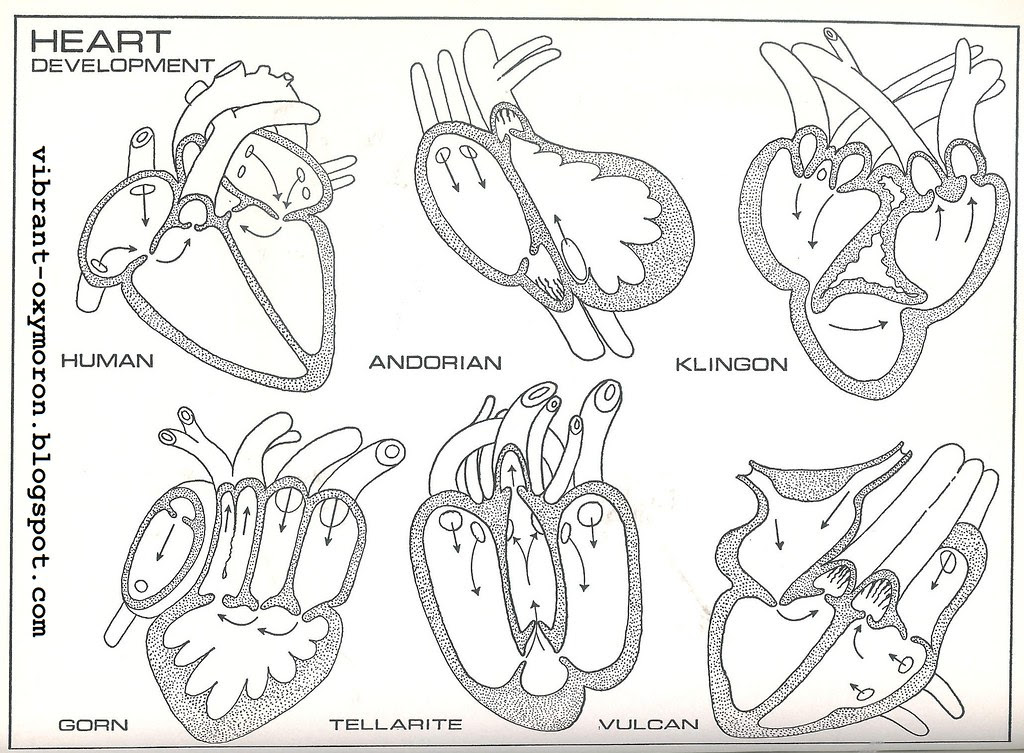 The Vulcan heart beats at 242 minutes, and the average blood pressure is 80 systolic, and 40 diastolic (the blood vessels are extremely dilated). Blood vessels with a large diameter help cool the body. The heart is contained where a the liver would be in a human, thus leaving room for their larger lungs. The cartilage that would normally protect a human heart extends an extra 3.5 cm down to protect the Vulcan heart. The Vulcan heart is somewhat larger in size, extremely muscular, and has thinner walls (to allow for a greater pulse range and a greater volume of blood.