Sontaran Doctor Who Posters are Cool.

I happen to have a very interesting poster up in my room that I got in the November 1989 Tenth Anniversary issue of Doctor Who Magazine. It features the wonderful Fourth Doctor and three Sontarans: 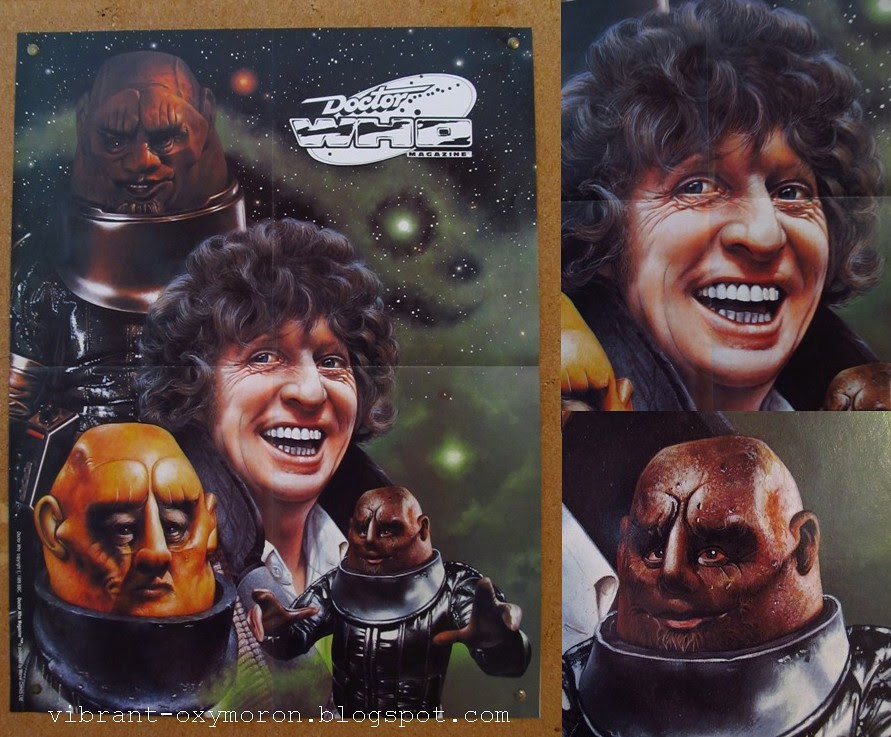 The interesting thing about this poster is that the Sontarans shown are actually from "The Time Warrior" and battled the Third Doctor. The Fourth Doctor met different looking Sontarans in the serial "The Sontaran Experiment", where they looked less scary, and had goofy expressions on their faces.

The Third Doctor meets these Sontarans: 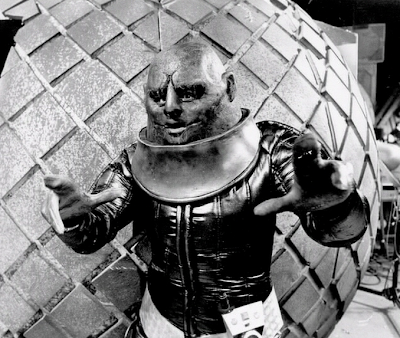 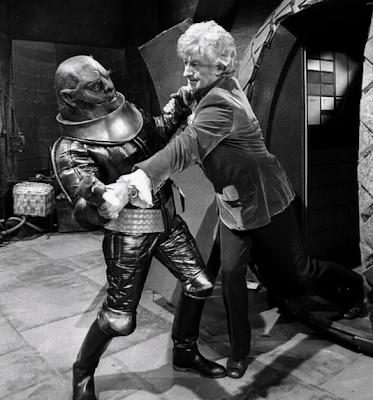 Which are obviously the ones shown on the poster. (But what about that lighter colored one?) The lighter colored Sontaran was also in "The Time Warrior". (I also thought is was cool that they had hairy eyelids.)

As I mentioned before, the Sontarans that meet the Fourth Doctor look kind of derpy in comparison: 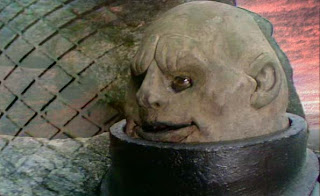 Is it sad that I actually make a fuss over things like this? Perhaps - but these are important things, people! What would my life be without it?