Comic Con is finally over. I enjoyed it immensely while it was on, but there is nothing more exhausting that being in a giant building filled with people - running around to be one of the first people in line to see some of Star Trek's most celebrated people.

I was fortunate enough to get the painting I had done of Captain Kirk personally signed by Mr. Shatner. I was so excited and nervous, he had to keep asking me what I said when I told him I had painted it. He told me it was "very well done", however, and was really nice and somewhat shy/gentle about it. 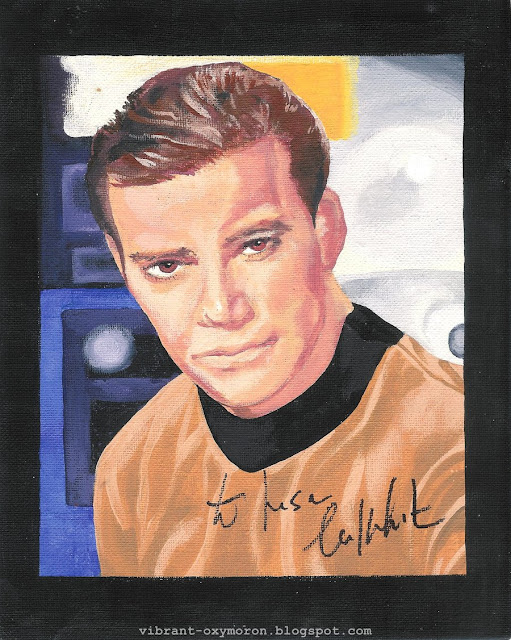 Over the next week or two I will be posting pictures and/or video I took from the Q&A sessions - including Jonathan Frakes, Ethan Phillips, Nana Visitor, Chase Masterson, and the one and only - William Shatner. I will also be posting pictures of some vintage collectables that I came across (and now own) so check back! I will be very busy.
Posted by T'Laina at 02:07