For my birthday (which happens to be in three days, by the way) my amazing boyfriend got me William Shatner's new album as an early present! I have been excited about this album ever since I first heard about it a week or so ago.

The first thing one notices is the cover, and the casing: brilliant colors and badly photoshopped Shatner-astronaut fronts the beautiful fold-out cardboard case.(right click and open in new tab or window to view full size) 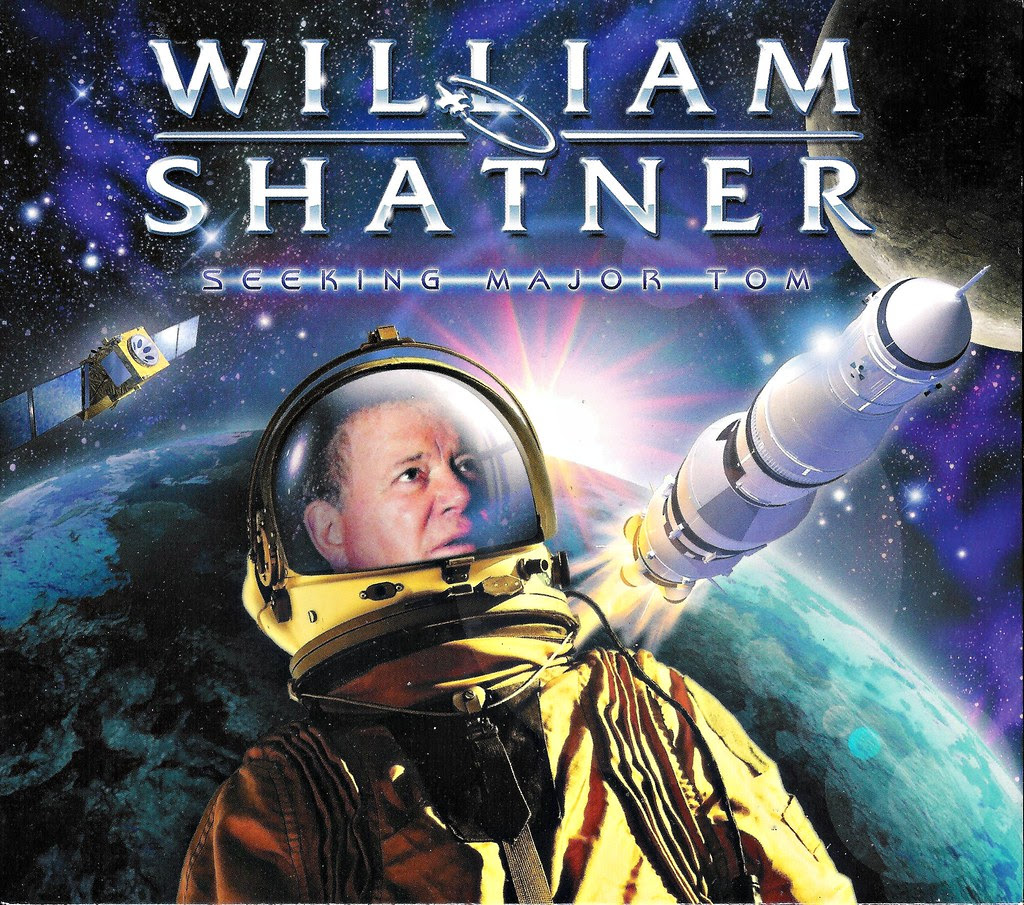 And then you open it up. I may be biased, but everything I see is amazing. Absolutely beautiful. The colors, his face, the anticipation. I have heard all of his other song covers, and he always has a sense of humor when he does them. Lucy in the Sky with Diamonds? You can hear his humor there. He has fun with what he does.

The album has the exact effect that Shatner says he was going for - one gets the feeling of being involved in Major Tom's adventure after he is lost in Space. In between songs, it keeps reverting the phrases from the song "Major Tom" - two sides searching for each other, and Major Tom's wonder at what has happened to him. Through William Shatner's renditions, we experience the heaven and hell that Major Tom goes through, from his perspective.

The songs may feature William Shatner's voice, but one must listen to it as if one were listening to Major Tom himself. It is his narrative - and in being a lost man's own narrative, it is not to be trusted. What happens at the end? Does he see planet earth, or is it merely (another?) hallucination? 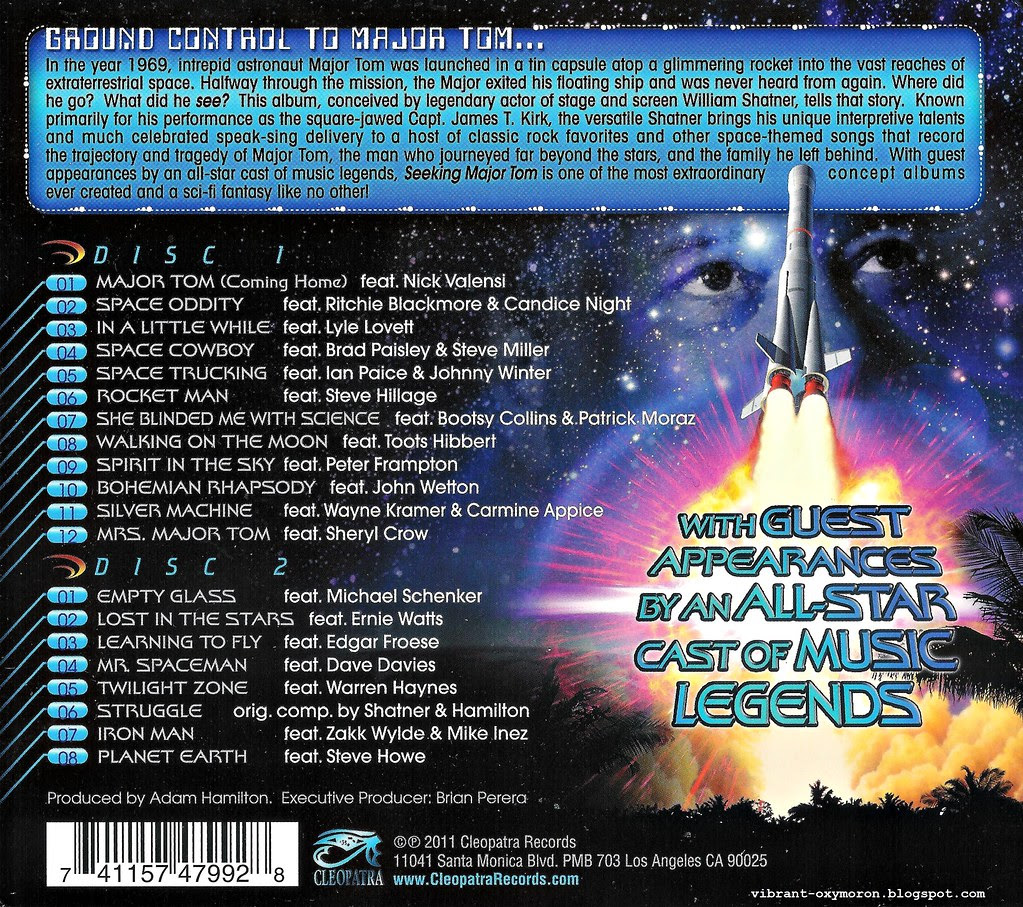 This album also includes an original composition by William Shatner in conjunction with Adam Hamilton: Struggle, which is absolutely wonderful. But nothing can compete with his rendition/interpretation of Bohemian Rhapsody, Spirit in the Sky, and Iron Man (for which he received an Honorary Head Banger Award).

It also comes with a little booklet (which I have not scanned, because I am lazy and sick and scanning stuff would involve getting of the couch and kicking people off of the other computer). Just believe me when I say that the booklet is booklet-y and has more pictures of William Shatner's "space wonder" face.

Seeking Major Tom is out now. They have it at Walmart even - get it, or the Romulans will get you.