The Worlds of the Federation and Don Ivan Punchatz - 1989

"The Worlds of the Federation", written and illustrated by Shane Johnson, is one of my favorite resources. Inside this 155 page book one finds a historical overview of the United Federation of Planets, the Planetary Classification System (UFP Standard), and overview of all member worlds as well as their planet's primaries and ambassadors - as well as an overview of Neutral, Independent, and Hostile Worlds. One may also find each planet's system profile, planetary emblem, and continental profile. 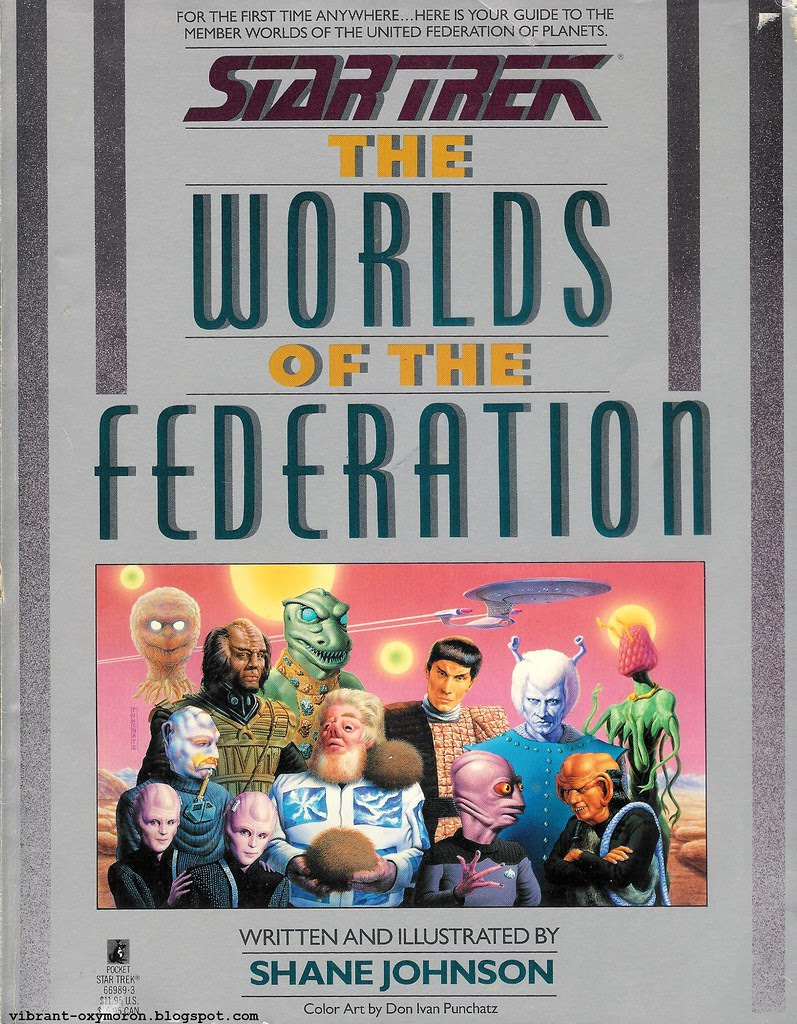 While Shane Johnson illustrated the pages with drawings of continental systems, ambassadors, emblems, etc. - it was Don Ivan Punchatz who created the stunning color art we see on the cover, as well as inside on the glossed pages (which I will cover at a later date). I will focus now on the image on the front cover: 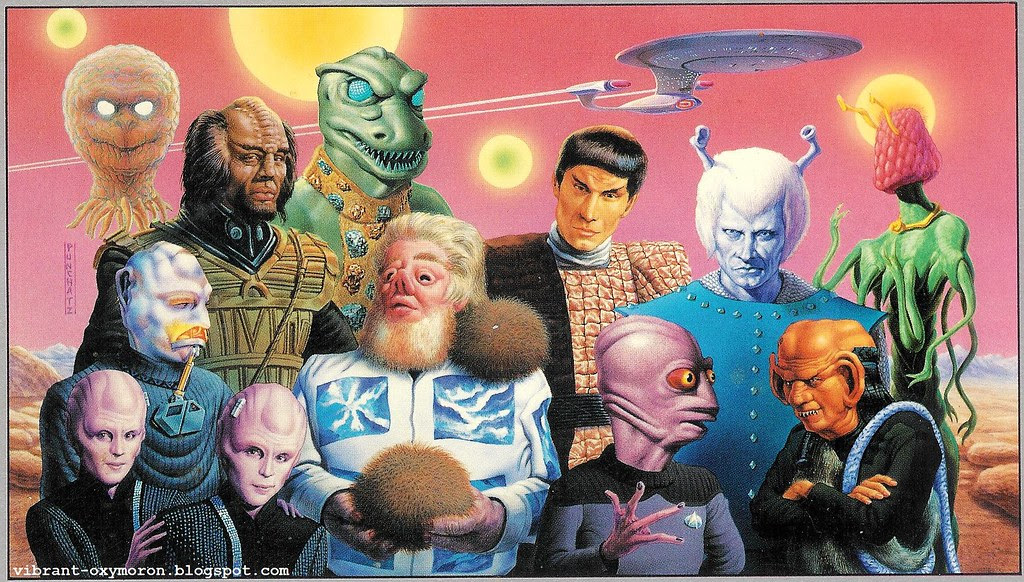 We also find the same image spread across two pages inside, allowing us to experience this masterpiece in great detail. For those who are unaware of the races depicted, I will go over them and state the episode they first appeared in: (Referring the the images below, Starting in top left, moving clockwise)
To enlarge the image, right click and open in a new tab or window. 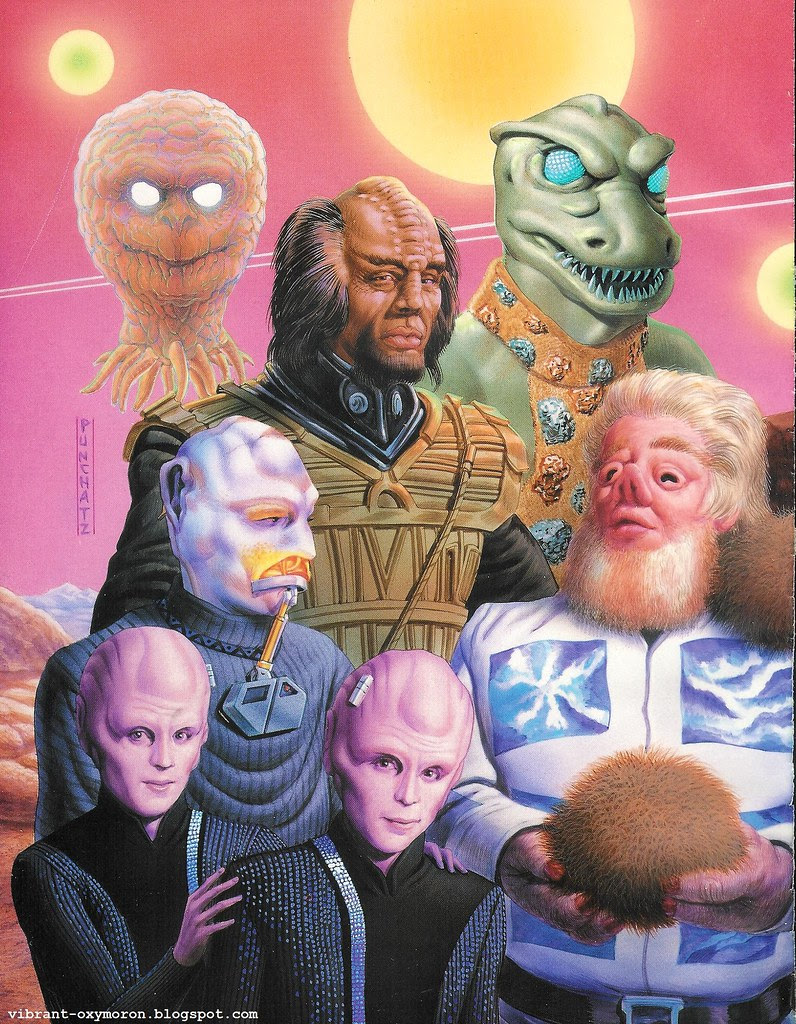 Moving on to the second page, we see the USS Enterprise NCC-1701-D over top of the five remaining races: 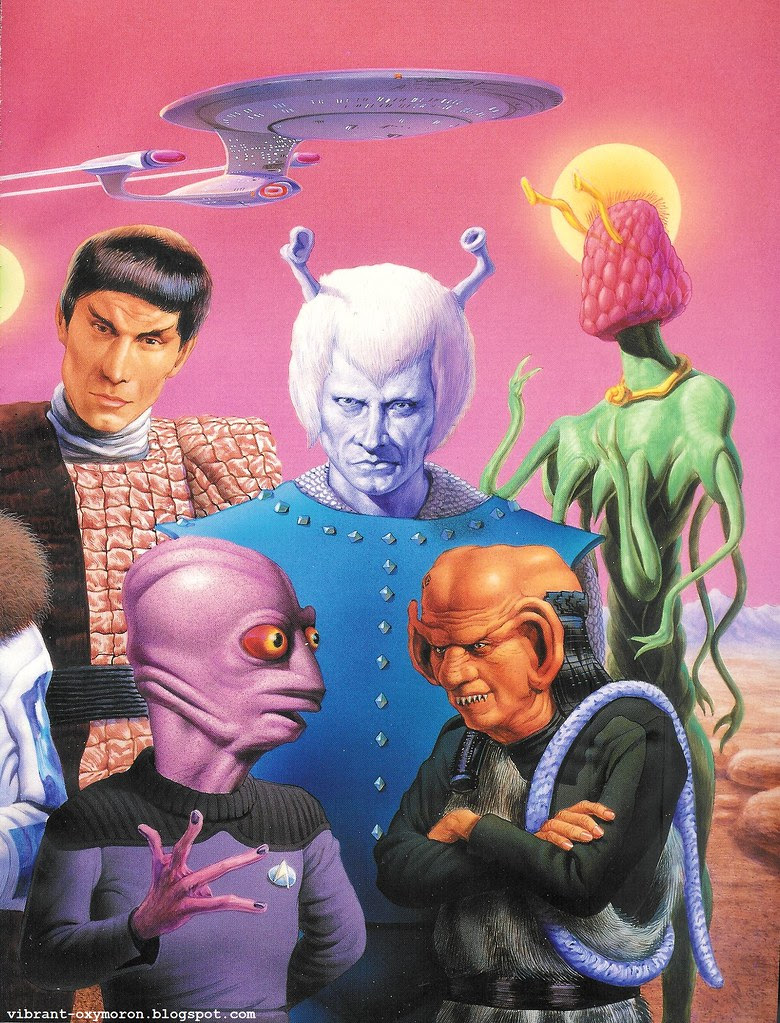 I am absolutely in awe of this piece of art. I have been a fan of Don Ivan Punchatz for a while now, and a lot of his work can be found online - do a quick search on google images and you will understand. Everything he does is absolutely amazing.
Posted by T'Laina at 22:24