Primitive Vulcan - Early in a Physical and Cultural Evolution

A little while ago I was reading Spock's World by Diane Duane - a book which covers not only an interesting plot involving the TOS characters, but the evolution of Vulcan as well. In one chapter I was reading about the early, "primitive" Vulcans who were trying to breed into their children "the eye" - a gene causing the inner eyelid which then allowed the child to see clearly in the daytime. While I was reading this, I wondered what these primitive Vulcans might look like. Taking inspiration from African and Amazonian aboriginal culture, I came up with this: 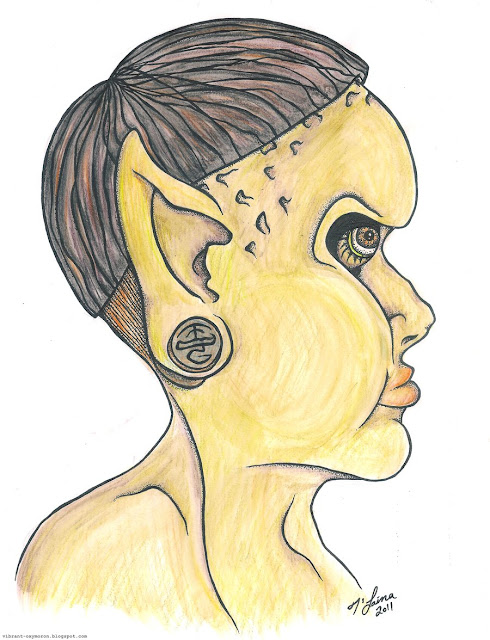 I realize that they would not have the modern Vulcan script for Logic carved into their jewelry - that was just my getting carried away. I did, however, include many features that are said to have occurred in early human evolution, while altering classic Vulcan features to appear slightly more "savage". And thus, this drawing came to be.