About a year ago, I was lusting over a TARDIS box with all eleven Doctors inside. Every time I saw it, however, it was 150 dollars and I had (very) insufficient funds.

And then one day, everything changed. I went to one of my favorite local shops with a couple hundred dollars, when I found that they had one last set. And it was only ninety dollars. It was one of the best days of my life. Or something.

Looking like a cool kid in superman boxers, a Marvel shirt I got in the little boy's section at Walmart, and rubber boots, I went outside into the cold to take pictures the next day. I kept hearing people stop behind me, but I never looked around to see who it was. They were probably admiring my chelsea mullet. Right?

On the topic of the first two Doctors (my favorites, other than the fourth and the sixth) my friend had this to say: "I think those might be the most action-y action figures I've ever seen. Look kids! It's Guy With Deep Thoughts Man and his amazing sidekick That Dude With His Computer at Starbucks!"

That may just be my favorite description of the first two figures. Ever. 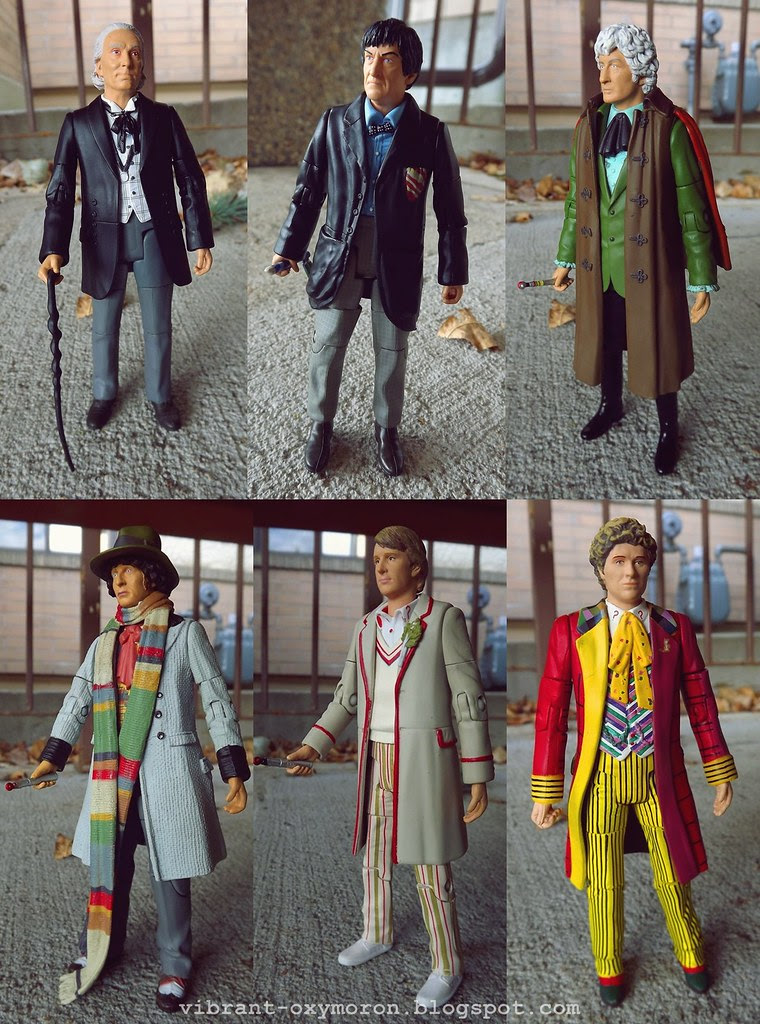 I love how much the Sixth Doctor stands out amongst the rest. He definitely has amazing fashion sense - and I will leave it up to you to determine whether or not I was being sarcastic when I made that comment. But the Doctor was always a very stylish and handsome man. Always. 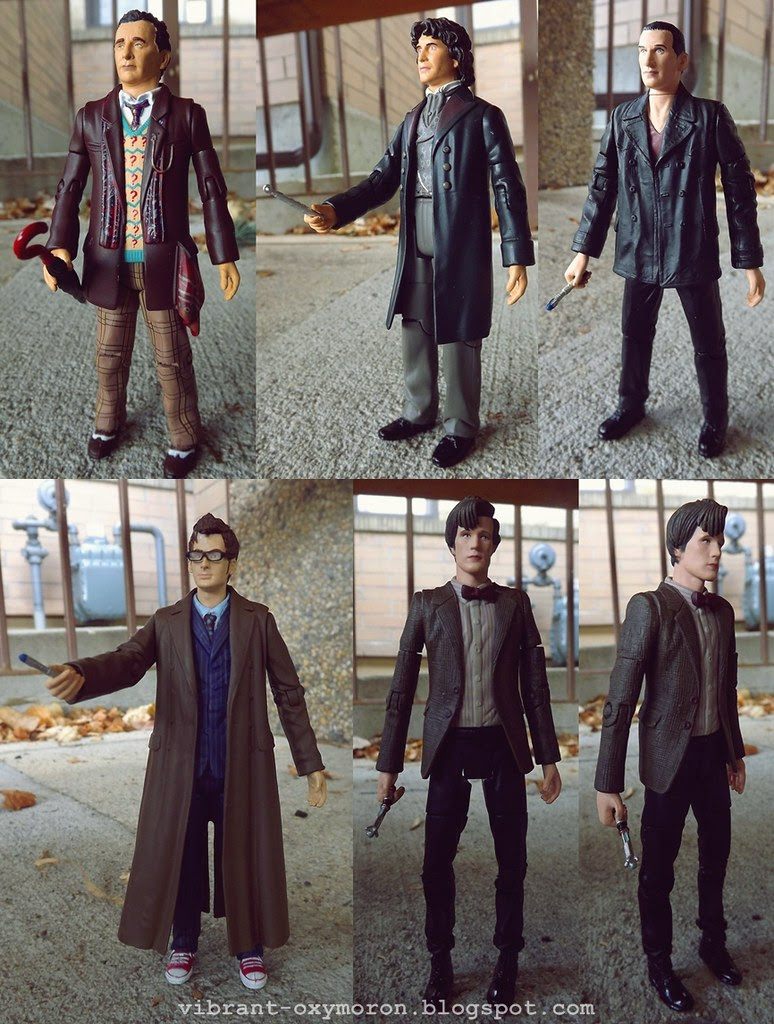 For some reason the Ninth is the only figure with a separation on his neck that just looks like a stupid line, and the Tenth Doctor has really derpy glasses that are foggy and derpy looking. The Eleventh Doctor, however, has awkward little legs and a bow tie - just like the real thing! But guess what? The Second Doctor made bow ties cool first. 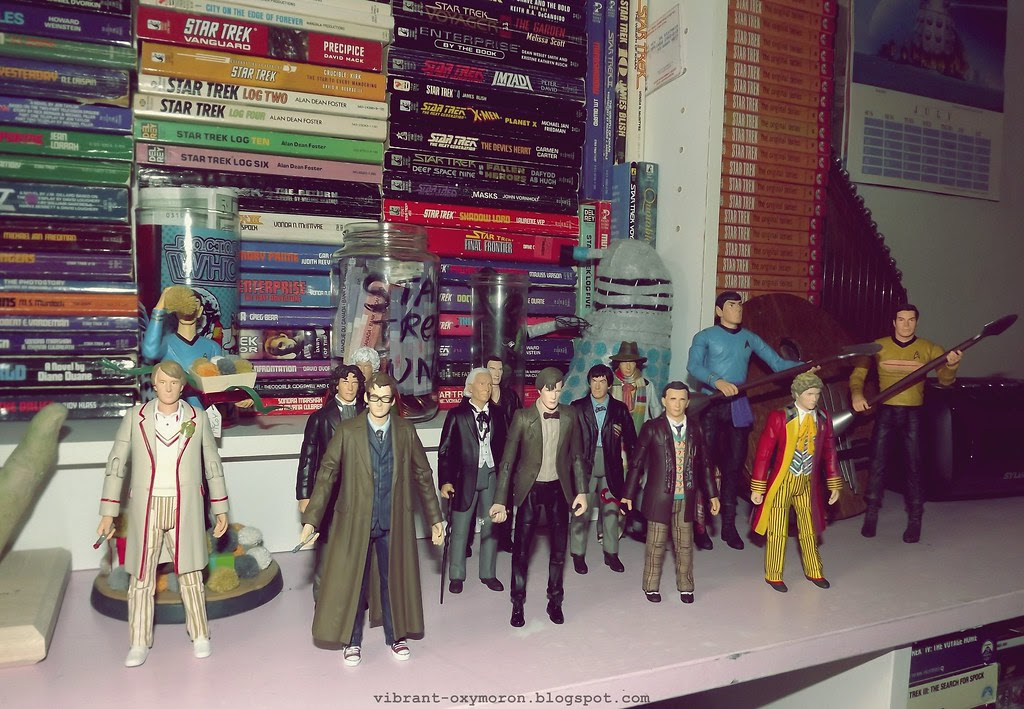 Their home is on my desk right now - like a Time Lord battalion, except there aren't enough of them to even constitute a battalion. I keep my Daleks in a separate location, but unfortunately they have possession of the TARDIS right now so I have a feeling that the Doctor(s) will be confronting the Dalek fleet very soon.

Continued HERE
Posted by T'Laina at 22:01