This weekend I will be attending the Comic and Toy Expo, so I have decided to hunt down the rest of the photos I took at the 2011 Central Canadian Comic Con and stick them on here before I take any more. I am such a procrastinator, I doubt these pictures would ever get up if I don't do them now.

At the Con I was constantly running around and getting into lines for Q&As and autographs/pictures. One of the Q&As I managed to get into were for two of my favorite DS9 actors - Nana Visitor (Kira Nerys) and Chase Masterson (Leeta): 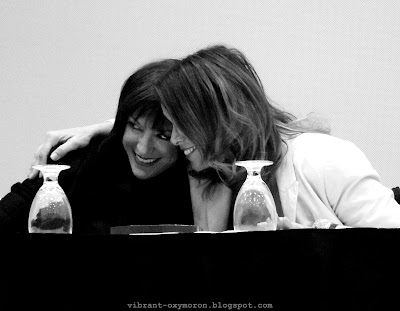 Unlike the Shatner and Frakes Q&As, I was in the seventh row. I didn't mind being there at all, as it was still quite close to the front. The only problem was that it made taking pictures more difficult with the camera I had at the time - unfortunate, because they looked so incredbly beautiful.

Anybody could tell that Nana and Chase were friends  - they seemed very close, joking with each other beforehand and during the session. They giggled when they saw cameras flash and posed for the rows of fans for about five minutes before they started. They were absolutely adorable, and two of the nicest people I had ever met. 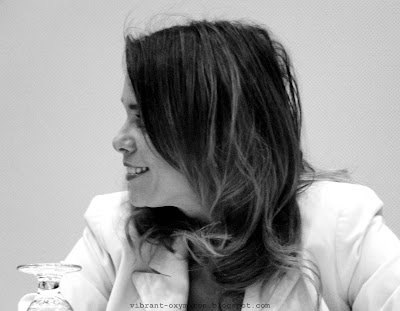 The stories they told were amazing, and Chase actually got quite weepy while talking about her experience with a stalker and legal case - a fake matchmaking (extremely sexually inviting) profile was made with her real name, phone number, and address readily available. She was soon receiving threatening and perverted phone calls, and had to relocate with her son for several months. When she took legal action in 2003 against the hosting company, the hosting company won because it had not created the profile itself - thus being protected by the US Communications Decency Act. This obviously had a huge impact on her psychological well-being, but she seems to have (for the most part) moved passed it. 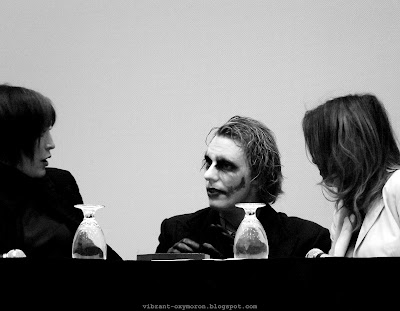 Did I mention the Joker was there? He just walked up behind them and crouched down to talk to them. He was actually working at the con, and did the introductions.
Posted by T'Laina at 21:56