Today marks the 45th year since the "first" episode of Star Trek - The Man Trap - was aired. It is truly a momentous occasion.

I worked for nine hours today, and while I had the time I was (as usual) doodling on scrap paper. To keep track of the time, I make circles for each hour and elaborate on them as each hour passes. I thought today's circles looked cool and space-y, so I incorporated it into my special Star Trek Anniversary card:

I also made cupcakes with some of the characters on them - I wanted to do Uhura, Scotty, Sulu, and Chekov, but I didn't have enough time. I did, however, manage to make a huge mess and eat a lot of mix and icing. 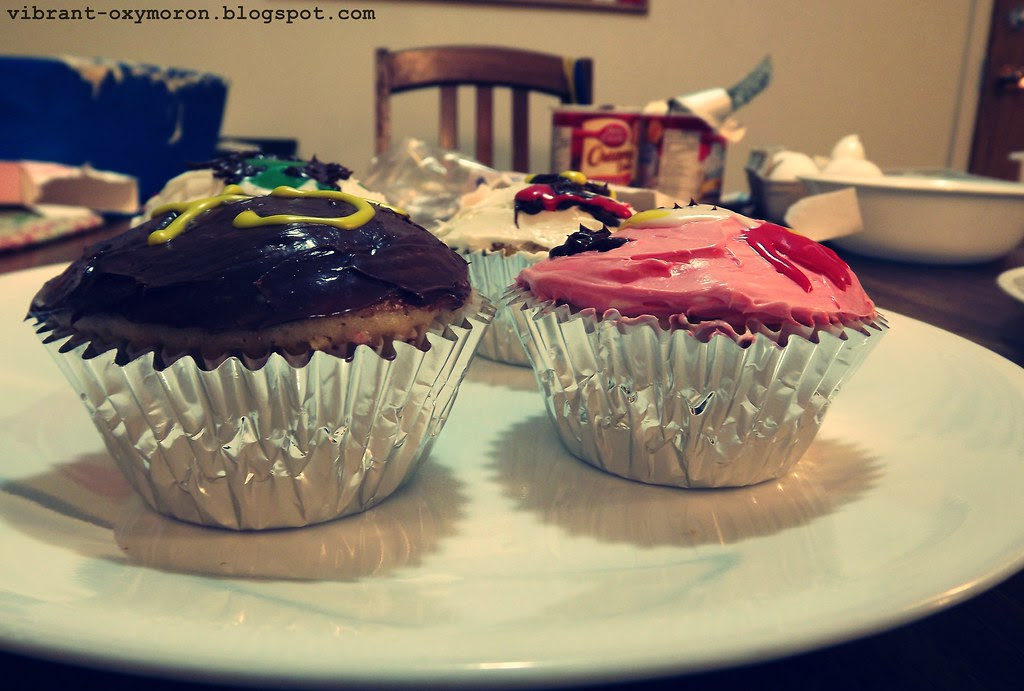 This is my first attempt at drawing with icing, and it turned out better than I thought it would, despite not having the icing colors I wanted. Below are some of my cupcakes - an Orian girl, a Klingon (I couldn't get the colors to work, but I was going for the TOS Klingons) and Yeoman Rand with her waffle hair. 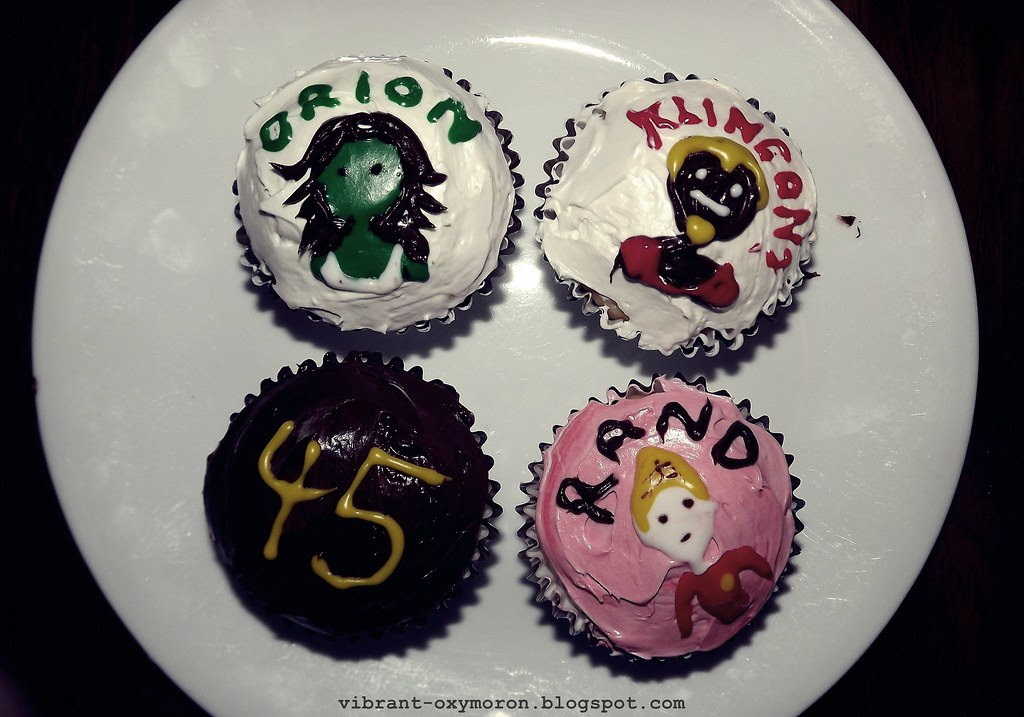 My family and I ended up eating most of the cupcakes before I could "fancy them up". I made another batch and decorated them with Spock, McCoy (lego?) and Kirk. They are honestly the worst things I have ever drawn, but they are also the most delicious. 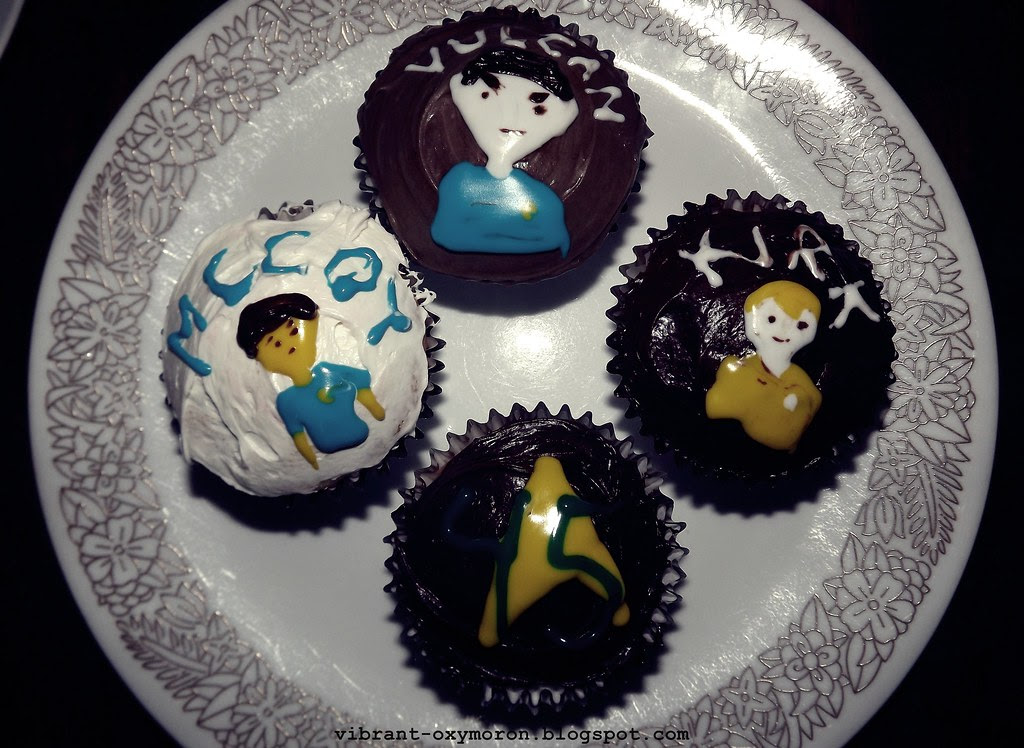 I will be 74, going on 75 years old on the glorious hundredth anniversary. I will be waiting, with my rats and my baking and my crazy hair.

How did you celebrate the 45th anniversary? Let me know in the comments!
Posted by T'Laina at 23:47