I was locked out of my house after work the other day for about an hour, with nothing to do. Luckily, I just so happened to have some pens on me, and there was a recycling bin in the parking lot. I walked over, opened the recycling bin, and picked out a manilla envelope. I proceeded to draw a picture of Surak about an inch by a half inch big. 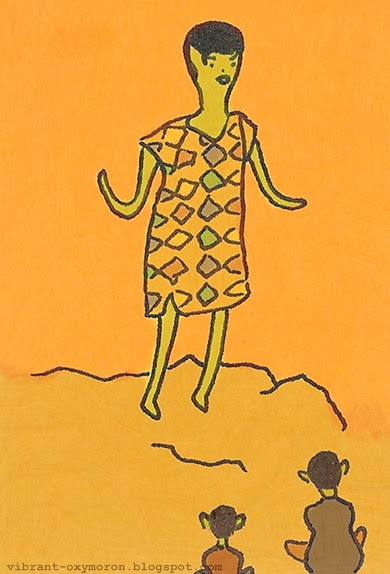 When I scanned it onto the computer, the quality of the lines were terrible. They still are. That's what happens when something is enlarged 500 percent or so. I colored it on Sumo Paint, but I ha to use my mouse because I don't have a tablet as of yet.

Surak always seemed like a Vulcan "Jesus" to me. He came into the world when it was at it's worst as showed them another way. C'thia - Reality-truth. I loosely based Surak's robe here off of the one he wore in The Savage Curtain.