Right now I am going through a few of my Doctor Who magazines - I had posted photos of this issue's included poster before (here), but it has so much more to offer - vicariously through my blog and I.

I original chose to buy this issue (1989) because of the front image. Sylvester McCoy was one of my favorite doctors, and I loved having a photo of him yelling at a Dalek, face to... eye stalk.

On the back cover, is an advertisement and order form for "The Silver Fist Collection" including audio tapes on the history of the Cybermen , an interview with Colin Baker and David Banks (the Cyberleader), and a Cybermen fiction/non fiction combination book (written by David Banks and illustrated by Andrew Skilleter). 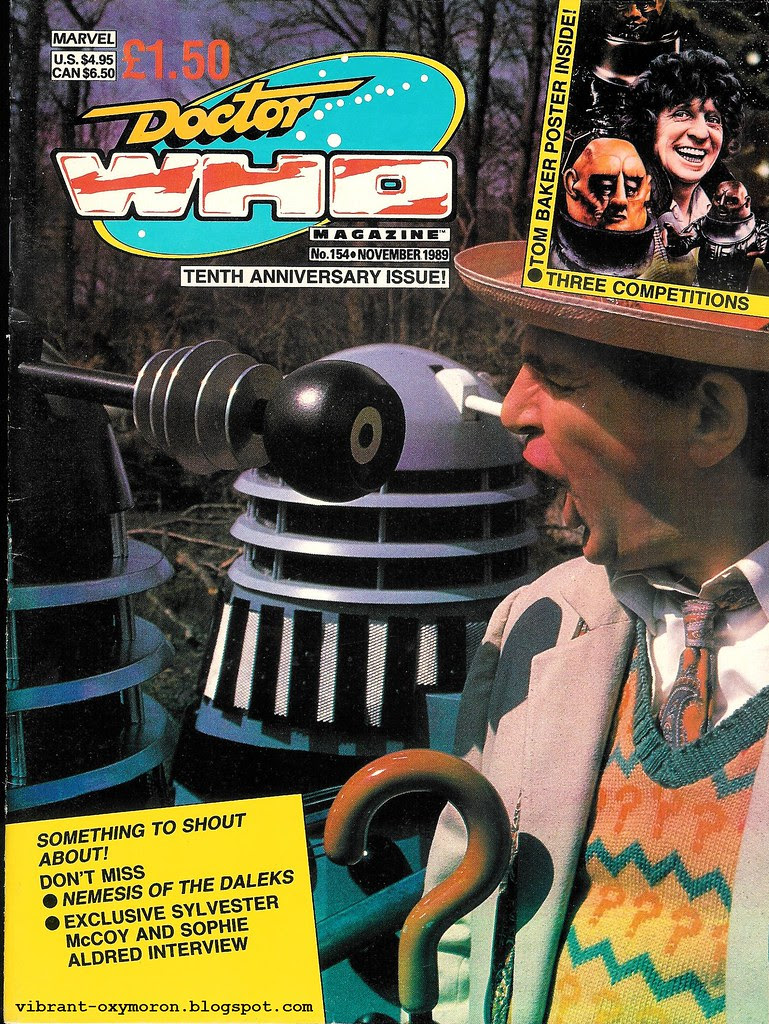 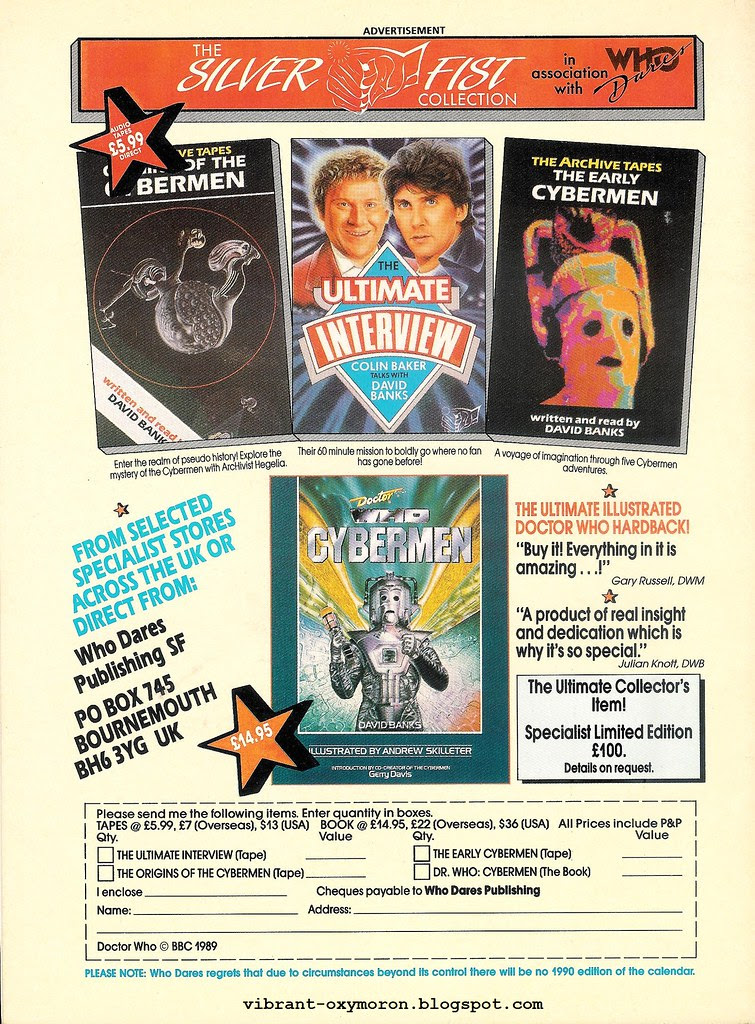 PS. To enlarge, right click and open in a new tab or window.

There is also a wee note stating that "due to circumstances beyond it's control there will be no 1990 edition of the calendar".

Inside, there are a couple of full page, color publicity photos. The first photo features the fabulous Tom Baker as the Fourth Doctor and a Dalek. 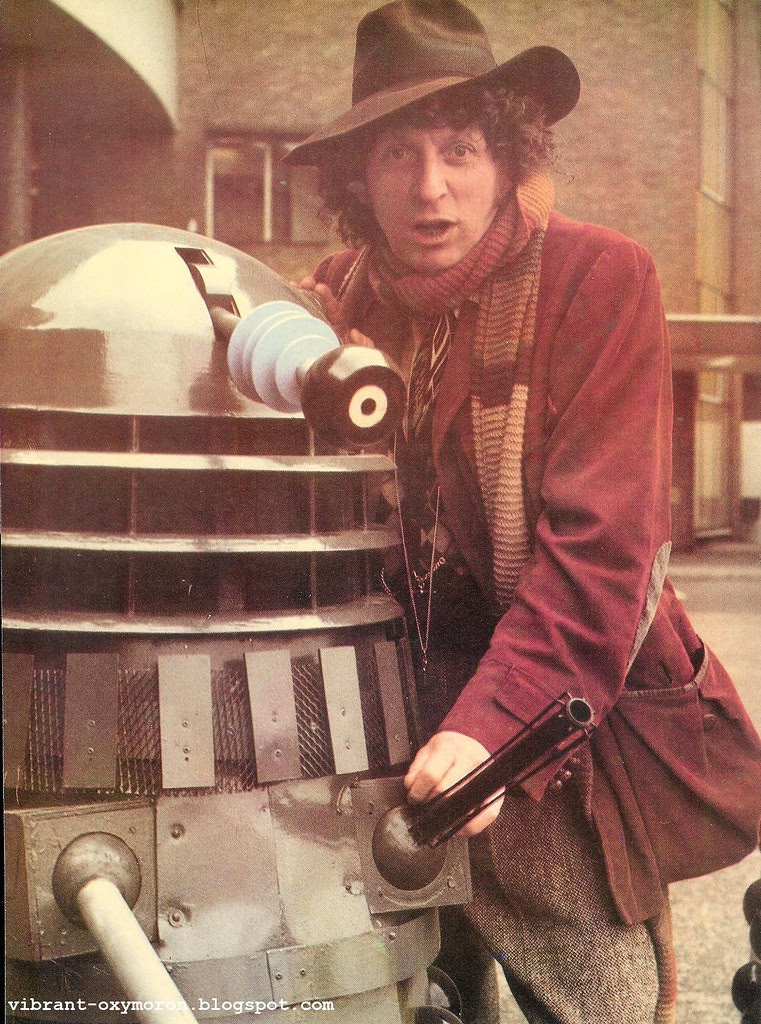 Next we have a vibrant photo of Jon Pertwee as the Third Doctor, and Patrick Troughton as the Second (another of my favorites!) in front of the TARDIS. The second Doctor was such a persnickety old man (much like this first), and that absolutely shows in this picture. 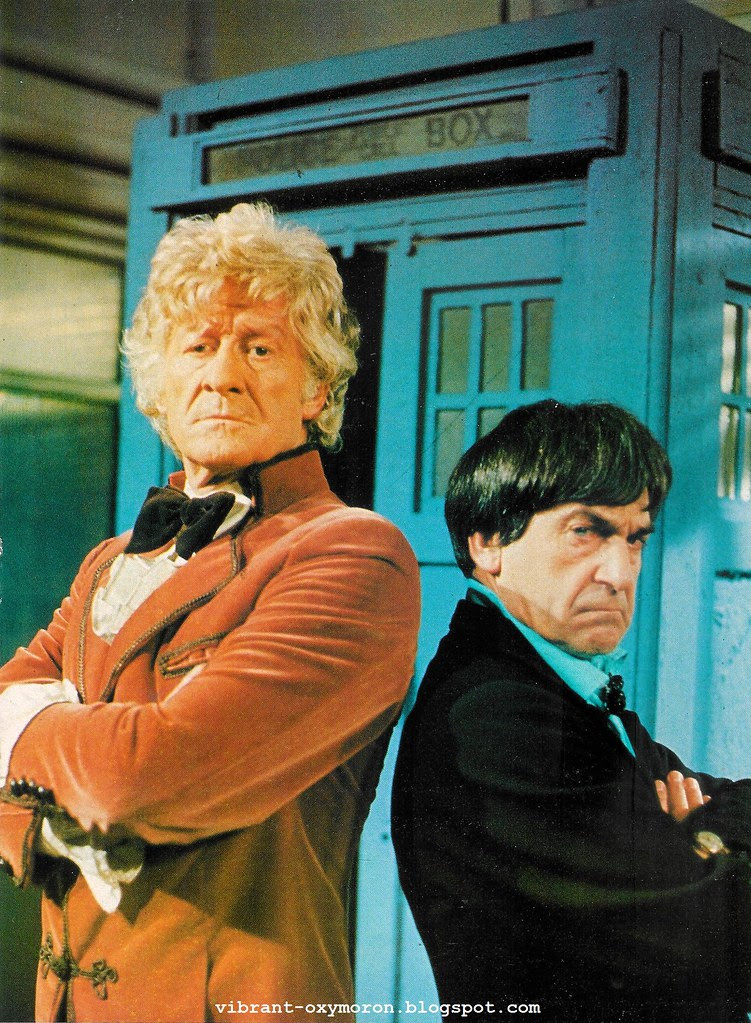 Because I don't want to damage this magazine, I am going to go down to the library with a dollar and make some color copies to put on my wall. Feel free to do the same, but using these scans if you don't have the actual magazine.

More scans to come, including some old Doctor Who comics and interviews.
Posted by T'Laina at 10:47