I don't usually like to sell my art, as I grow incredibly attached to my art. I do, however, show them in galleries and enter contests.

Last year one of my Star Trek pieces done in micrography was shown in a few places around the city, and entered in a contest. I won first place, the prize for which was 175 dollars. Needless to say, I spent that money on expanding my collection. 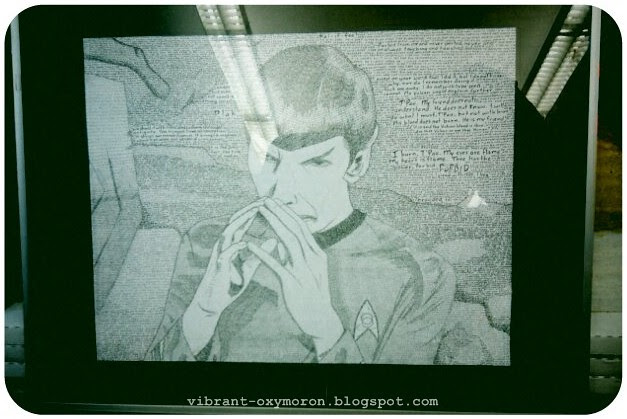 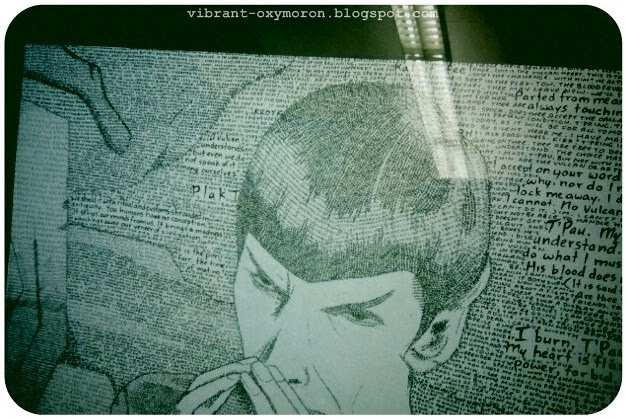 This piece, entitled "Plak Tow", is an image from Amok Time. It was created entirely with words and pieces of the script from the episode.

The paper I used was about 3x2 feet, so I really only have these cell-phone pictures of it. The actual thing is in a folder behind the couch for now - I need to get another frame.

I also took some close ups: 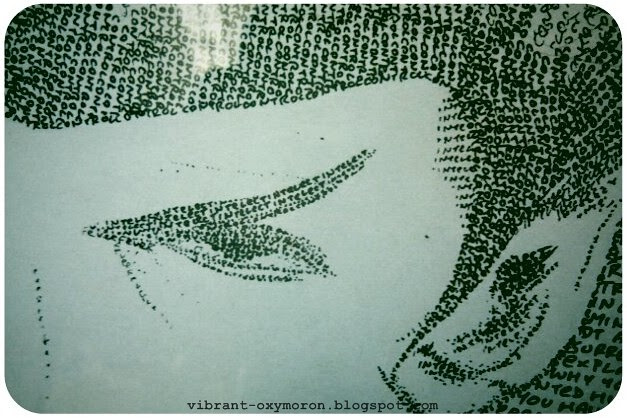 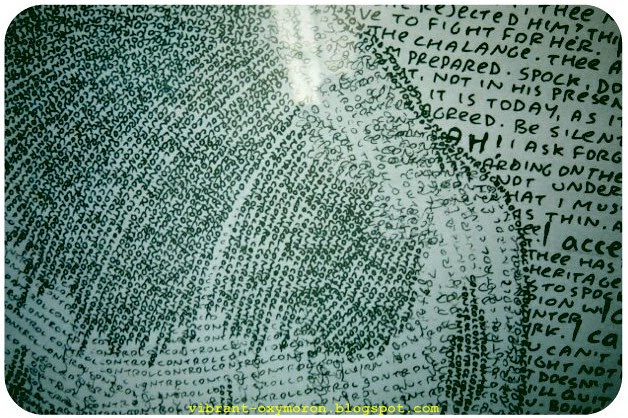 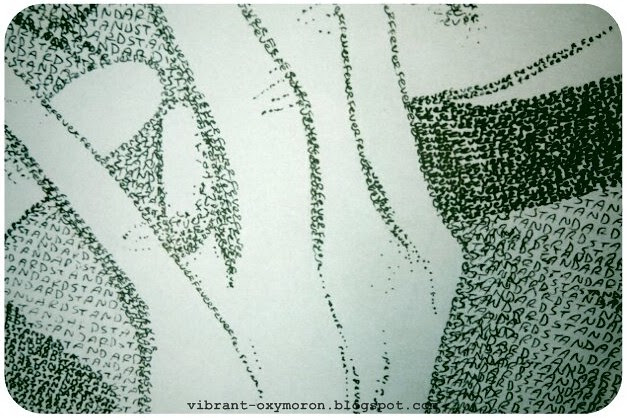 Every time I look at it, I see tons of things I could have done better. The thing is, though, I used ink without sketching for most of it - I'm glad I didn't entirely ruin it like I thought I did several times during the making of this piece. When I started doing the hands, I got so upset that I had to put it away for a few days. I felt like the hands were absolutely terrible, and I had ruined the entire thing. Luckily, when I came back to it a couple days later it looked okay. I think my perception was blurred after working on the thing for six hours straight - I just needed a break.

Micrography is cool.
Posted by T'Laina at 23:02