Revisiting one of the Files Magazines whose box I keep tripping over and have mentioned in previous posts - Vulcans. This magazine actually has two topics and two covers, Vulcans and Romulans. It's one of those magazines that can be flipped over and read the other way. 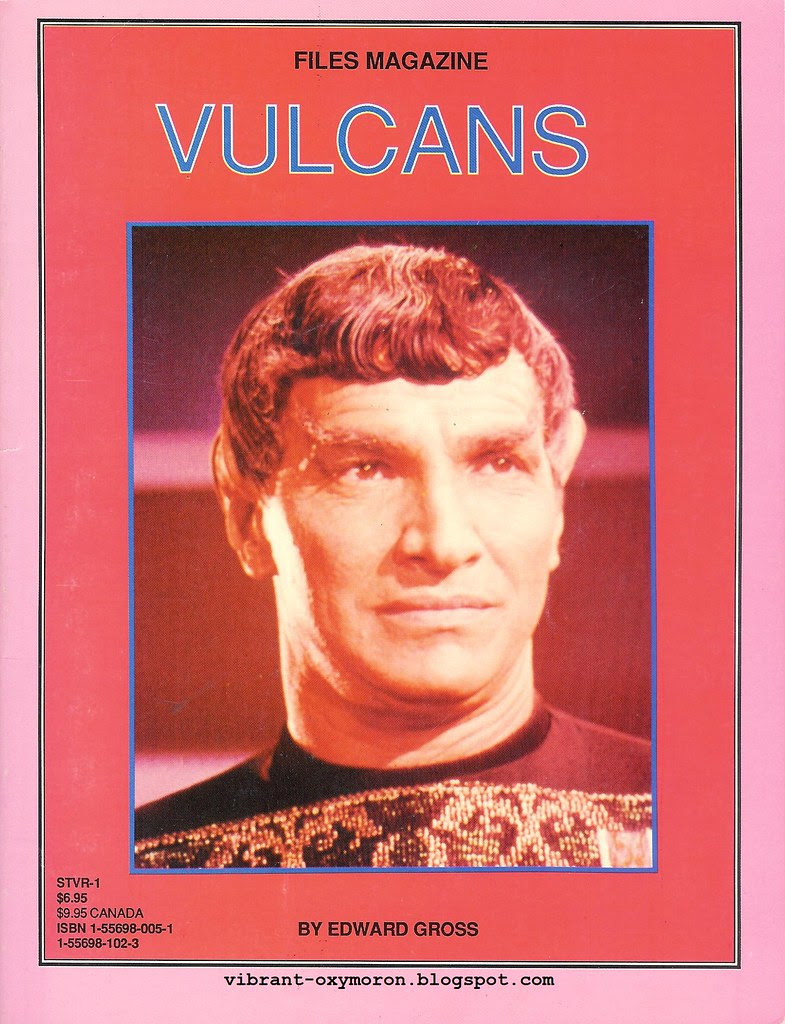 There are tons of fantastic photos and articles within, but what amused me were the Vulcan Pin-ups. When most people think "pin-up" they think of a sexy lady, scantily clad - maybe Bettie Page or Betty Grable. Vulcans don't need to show off in such a way - they are sexy just the way they are. 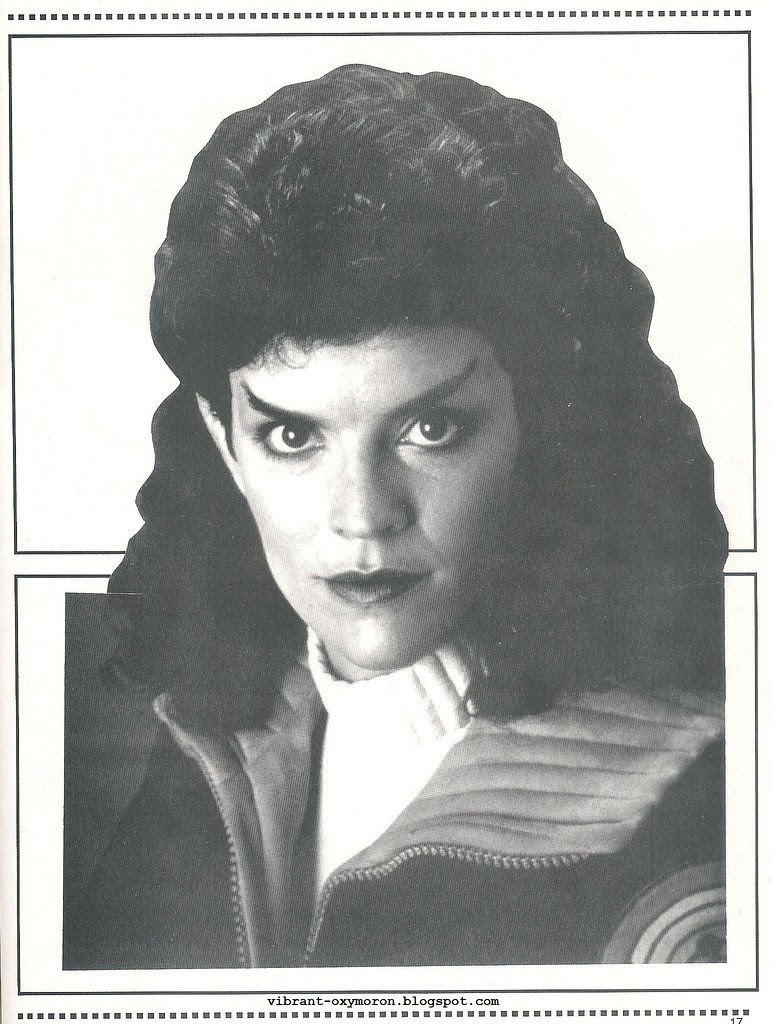 The first official pin-up in the book is of Spock - the first intoduced Vulcan, and the one that all of the girls swoon over. I don't know what it is, but everybody falls in love with him. Everybody. I saw a book the other day that had a chapter on this phenomenon, but I did not have sufficient funds available to buy it. 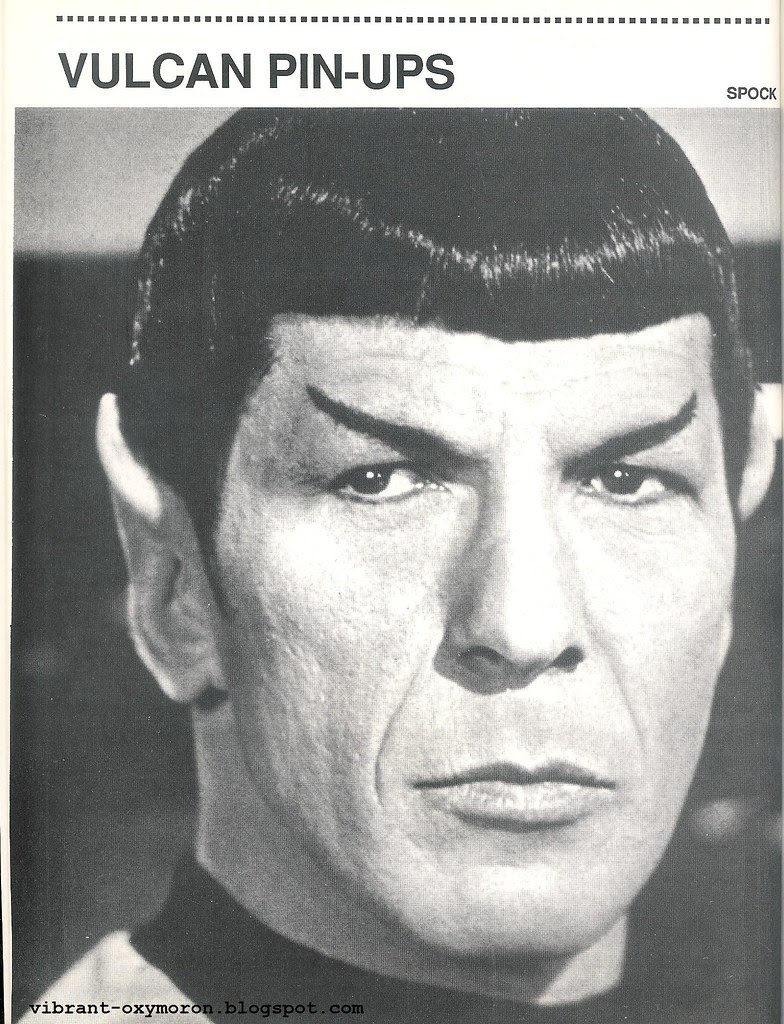 Next we have Saavik (as played by Robin Curtis). Look at that sexy pose! I always felt that Curtis appeared more Romulan than Kirstie Alley, and thus more accurately portrayed the character. I generally find Romulan features to be "sharper" than Vulcan features, especially from TNG onward. I find these features very aesthetically pleasing. But I digress. 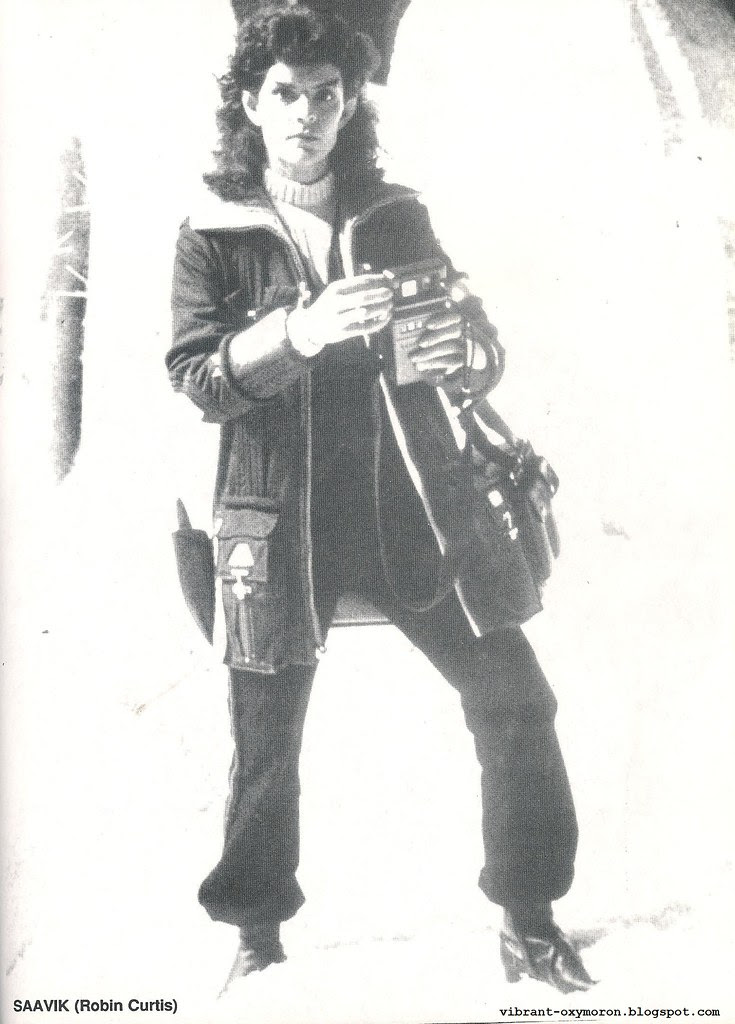 Time for one of the sexiest Vulcans of all time - Sarek. If I believed in reincarnation, I would want to be reborn as Amanda Grayson so that i could marry Sarek and go to live on Vulcan. The way he presents himself - his calm, serene power. The fact that he could break you neck with two fingers practices non-violence and logic. Just look at him here. Print it out and tape it in your locker at school, kids. This is the man you should be dreaming about. 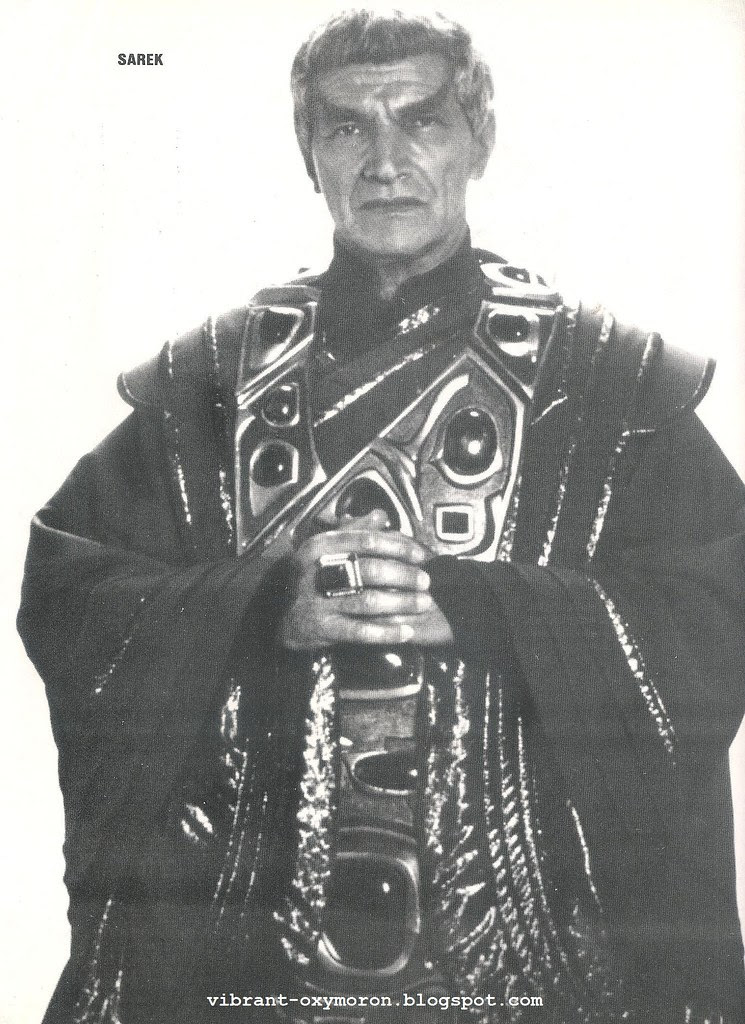 Finally, we have Saavik again, this time as played by Kirstie Alley. I feel that this version of Saavik is "prettier" and "sexier", but I still prefer the other. Boys, print this picture out and stick it on your bedroom wall. Your parents will approve. 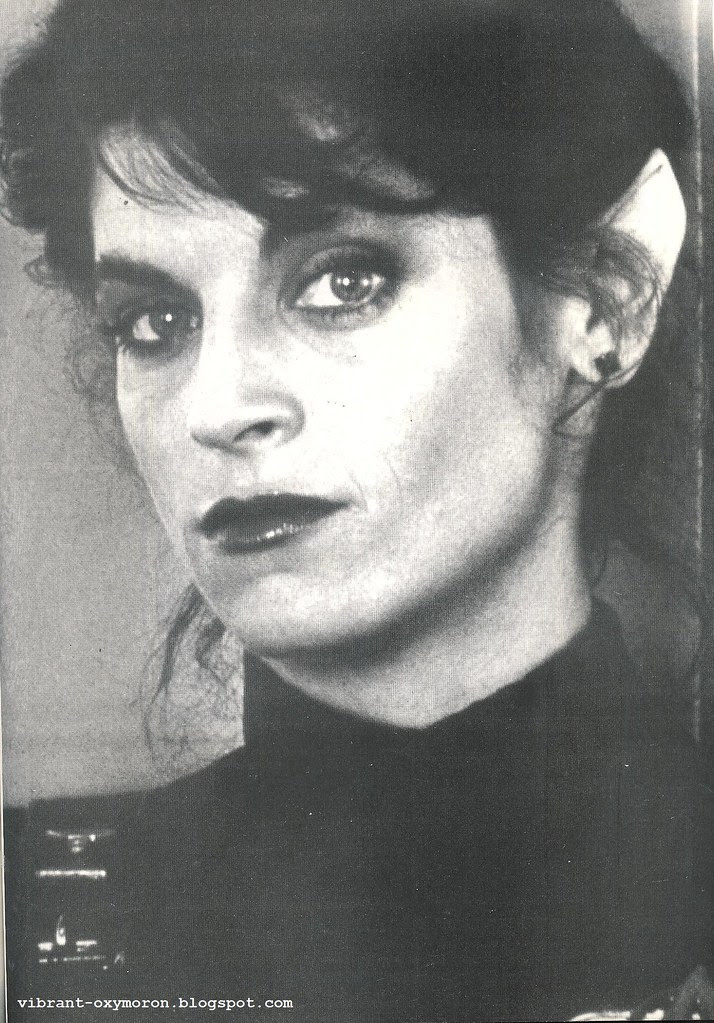 Now these are only the TOS/movie Vulcans - if this magazine had pin-ups of Vorik, Taurik, and Tuvok as well, I would be ecstatic. As it is, however, I am more than content. Sexy. Vulcan. Pin-ups. I should make them into living room wallpaper.