I was just minding my own buisness when the Supreme Dalek came and destroyed the city.

I was sitting on the couch watching Star Trek (Deep Space 9) when my mother came in with news of a fire. Immediately intrigued, I grabbed my camera and went to investigate (wearing X-men pajamas and big black rubber boots, like a boss).

It took about fifteen minutes to get there, and the frame of the building had fallen. Standing beside the charred remains, I watched the smoke and small fires that remained - taking pictures the entire time. 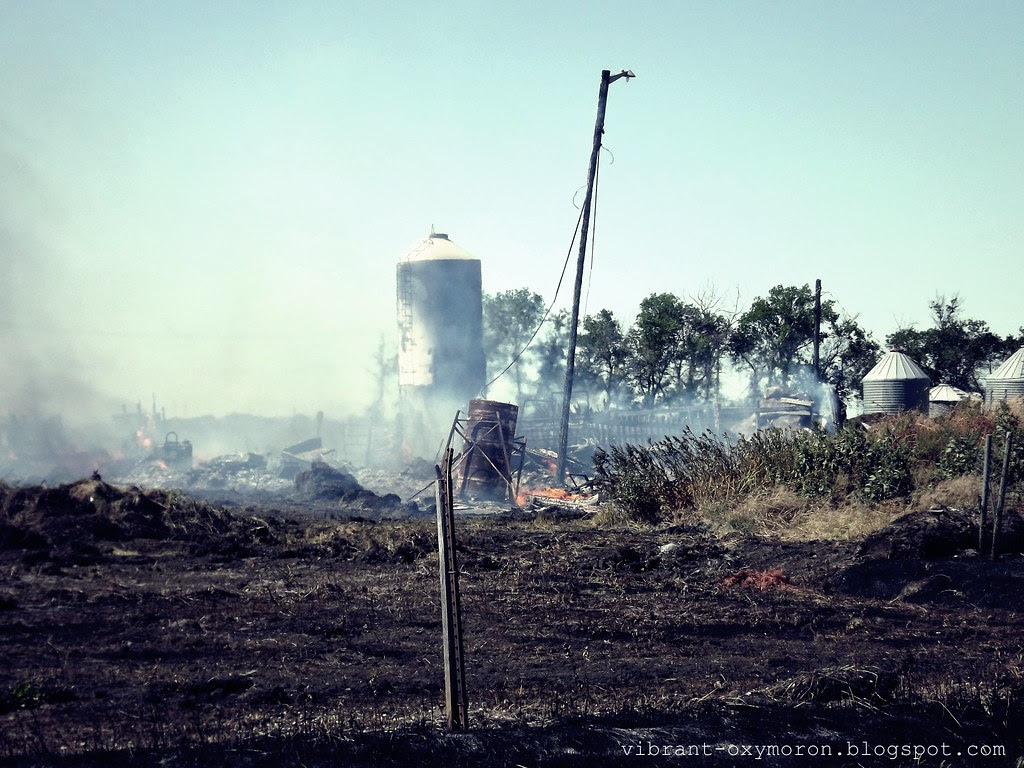 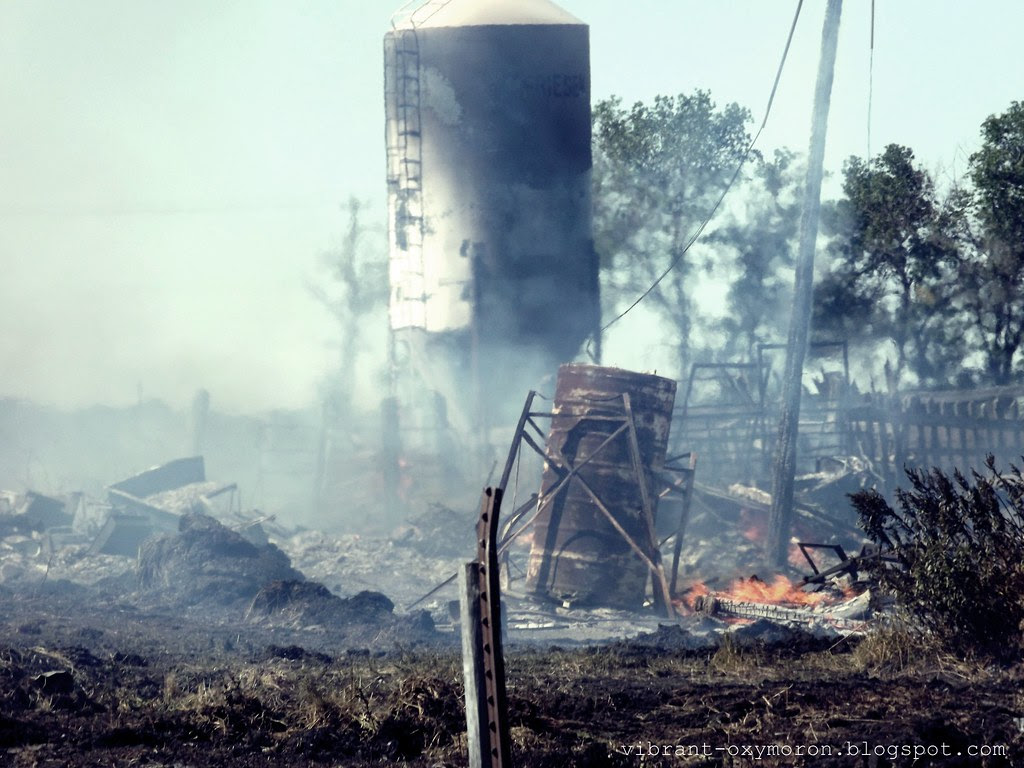 Dramatic realization time: upon further investigation, I got a strange sense that I had seen this before... somewhere. Suddenly from behind the road I was approached by a destructive force unmatched on this planet - this was the work of the Supreme Dalek. 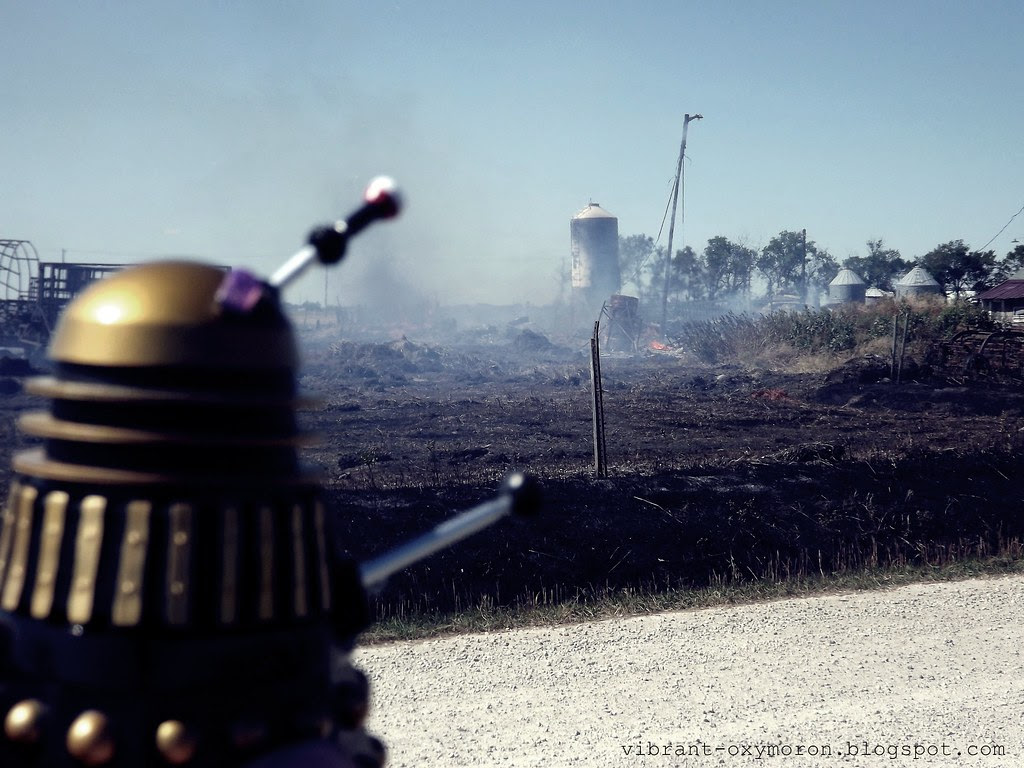 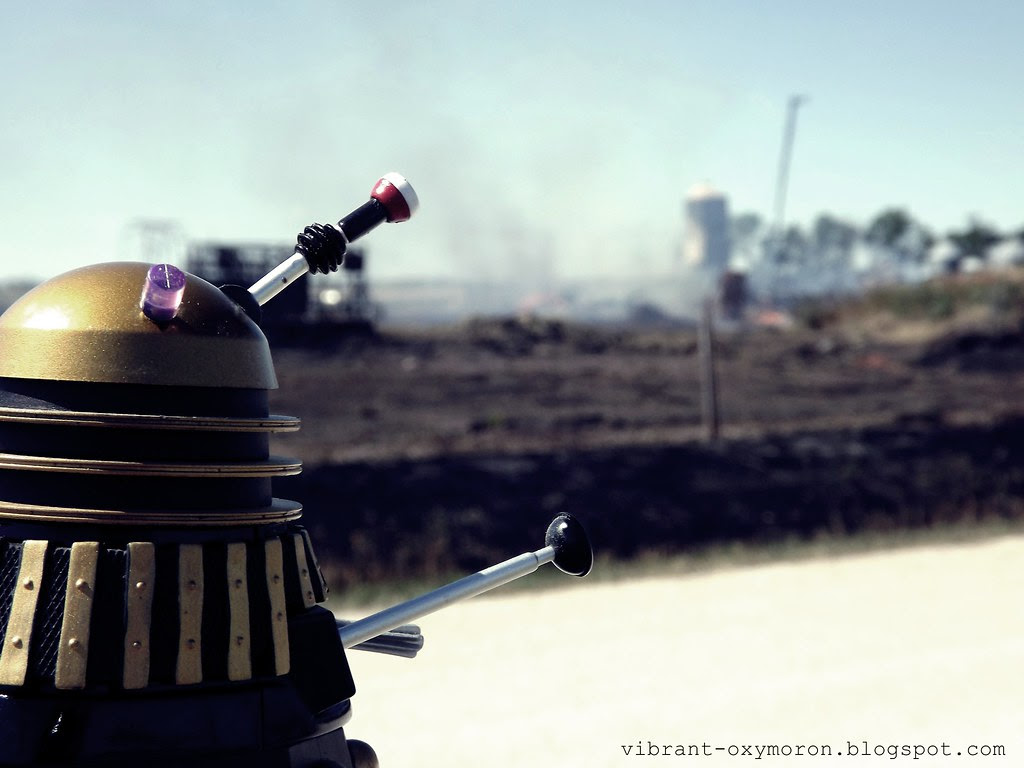 The supreme Dalek had destroyed a large section of land, a vehicle, and a building before being lured away by The Doctor and his TARDIS. I cannot tell you what happened next, as I was on earth.

Finally, satisfied with my pyro-photo-taking-adventure and coming face to face with a Dalek (I guess it didn't see me as a threat, for I remained unscathed), I returned home to watch more Star Trek. Such is my exciting life.
Posted by T'Laina at 17:43