My Own Little Corner of Heaven - A Salute to Greatness

Just about half of all my Star Trek and Doctor Who belongings take up a single corner of my (shared) bedroom. Basically, I have this kind of shrine made up of a desk with some shelves piled on top of it holding my books, magazines, figures, unlimited rice pudding, etcetera (bonus points to anyone who got that reference).

Anyways - while playing around with my new camera the other day, I took some photos of this cluttered contraption and the belongings which I hold so very dear (click to enlarge): 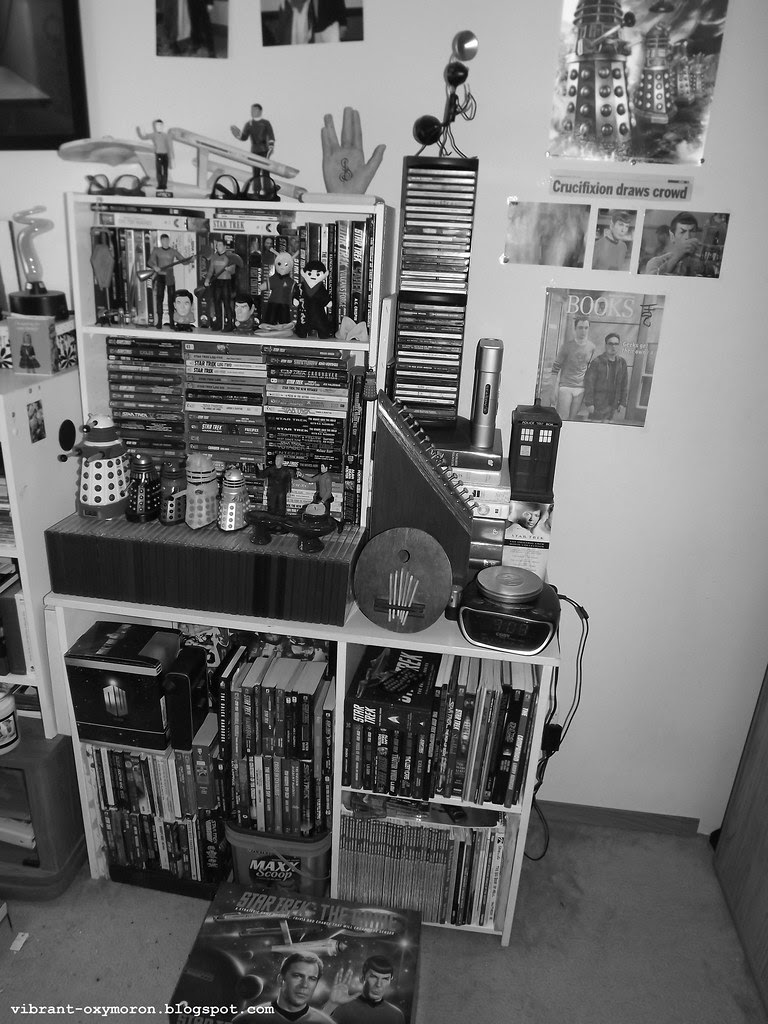 To those who have been following my blog up until this point, many of these items will look familiar. If you would direct your attention to the photos directly below: 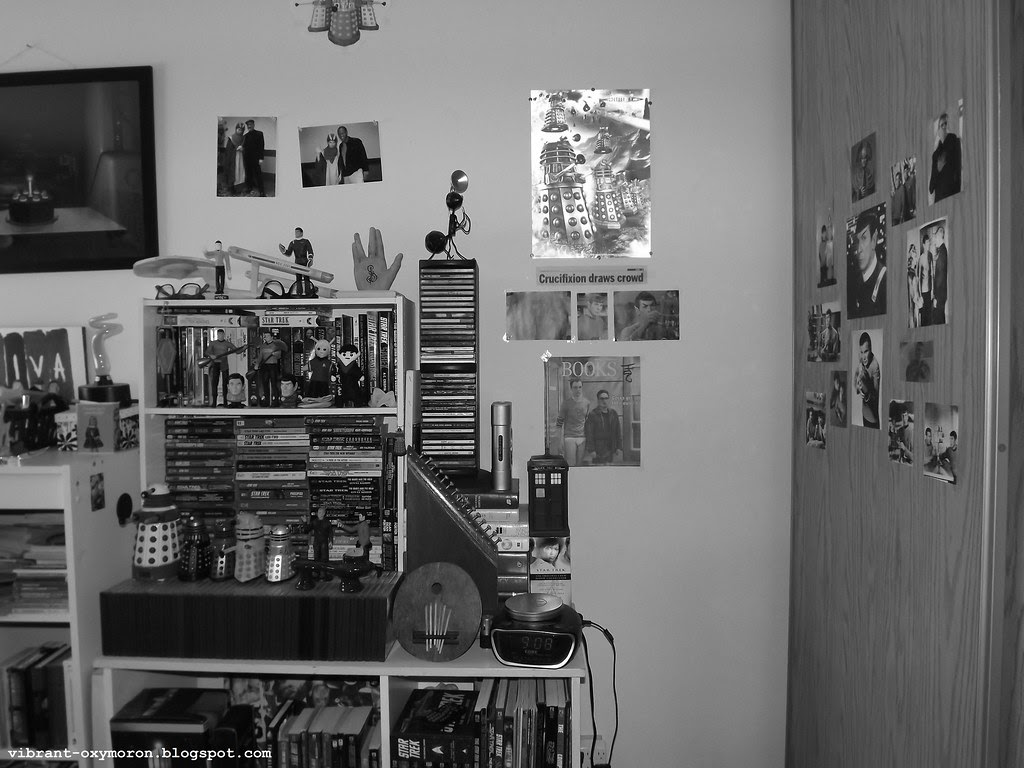 You would see (especially if you enlarged the photo) many fantastic things such as: the Portal cake. Pictures of myself in Vulcan dress with Robert Picardo and Tim Russ. A paper model of the Enterprise. A portion of my Star Trek and Doctor Who novels. My kalimba and wooden harp. Random printed out pictures stuck to the wall. A newspaper clipping that reads "Crucifixion Draws Crowd". Every TOS episode on DVD, guarded by Daleks. A TARDIS. Metal Box (PiL). Some of my arts and crafts. My action figures. Tons of Manic Street Preachers and PiL CDs. A 3D holographic Dalek poster. An ant playing a trumpet, whom I named Adam Ant and is from Whoville. Star Trek movies. A newspaper cut-out of Sheldon and Leonard in their underwear. I could go on, but instead I will move on to the bottom... 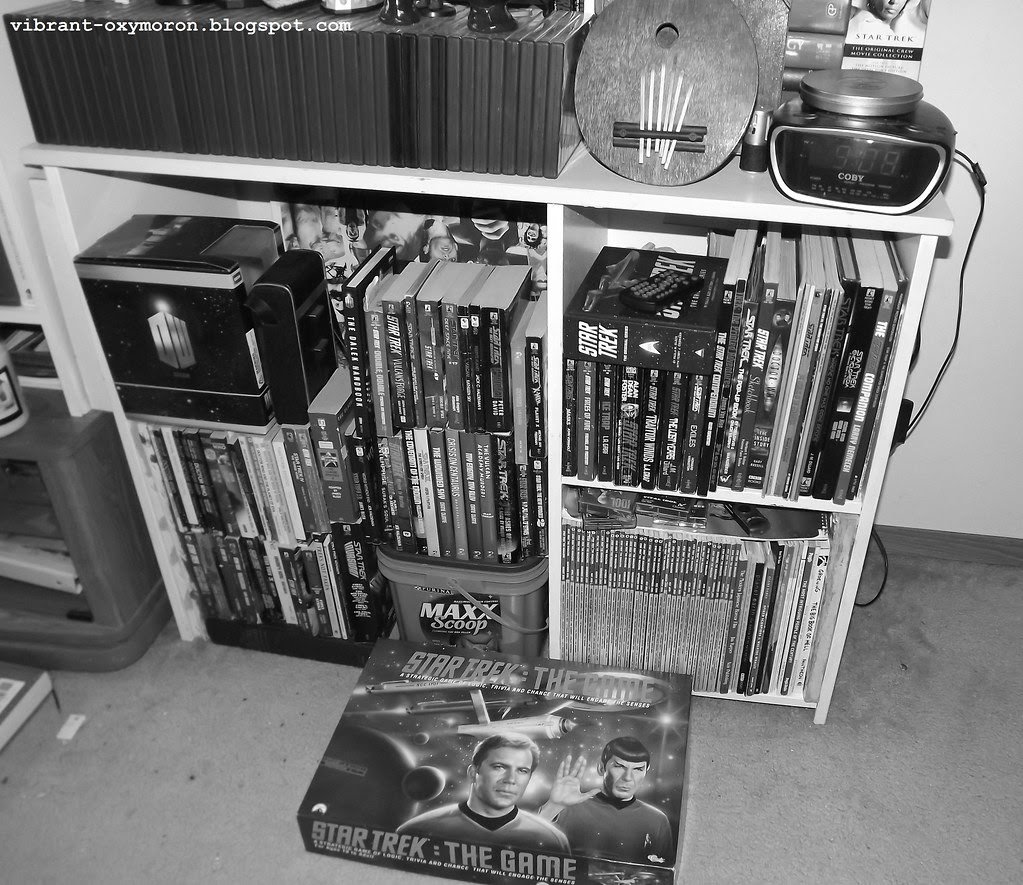 The rest of my things are on (hyperbole time again!) a million other shelves in my room, and my comics are in boxes. I love my room - it is filled with everything I have ever loved, but in excess. I swear to you now, there is nothing better.
Posted by T'Laina at 05:31