I got a few free cards at a convention about half a year ago from Star Trek Master Series (Skybox). Because of this, I had some doubles when somebody else gave me the complete set.

I also had a few random encyclopedias from the fifties and sixties (Young People's Encyclopedia) that were laying around my room taking up space. So I did the only creatively logical thing - I made the encyclopedias into sketch/scrap books and duct taped the extra cards onto a painted surface. I added names, and some phrases that I felt fit the character, what they believed, and how they were seen by others. 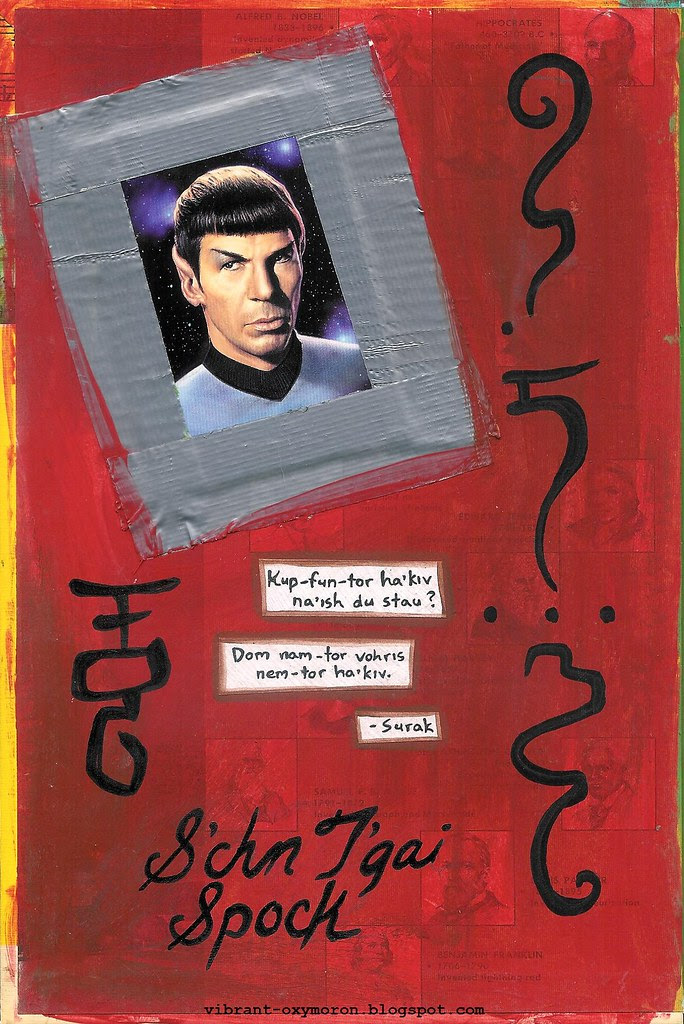 Two of my favorites were Spock's and Kirk's pages, because of their contrast. Spock's logic and Kirk's intuition - these opposite approaches compliment each other perfectly in every way.

The quote on Spock's page is Surak's - "Can you return life to what you kill? Then be slow to take life." This is one of my favorite quotes, and I have used it before here. The script down the right side is found on most diplomatic Vulcan robes, as well as Spock's meditation robes. It has been suggested that Rata Tafar Tapan (Concept Discipline Process) appearing together as a trinity may have the poetic meaning ‘Branches entwined form the tree’. The symbol on the left is "ozhika" or "logic".

Spock's family name was given as "S'chn T'gai" in one of my favorite Star trek novels, "Ishmael". 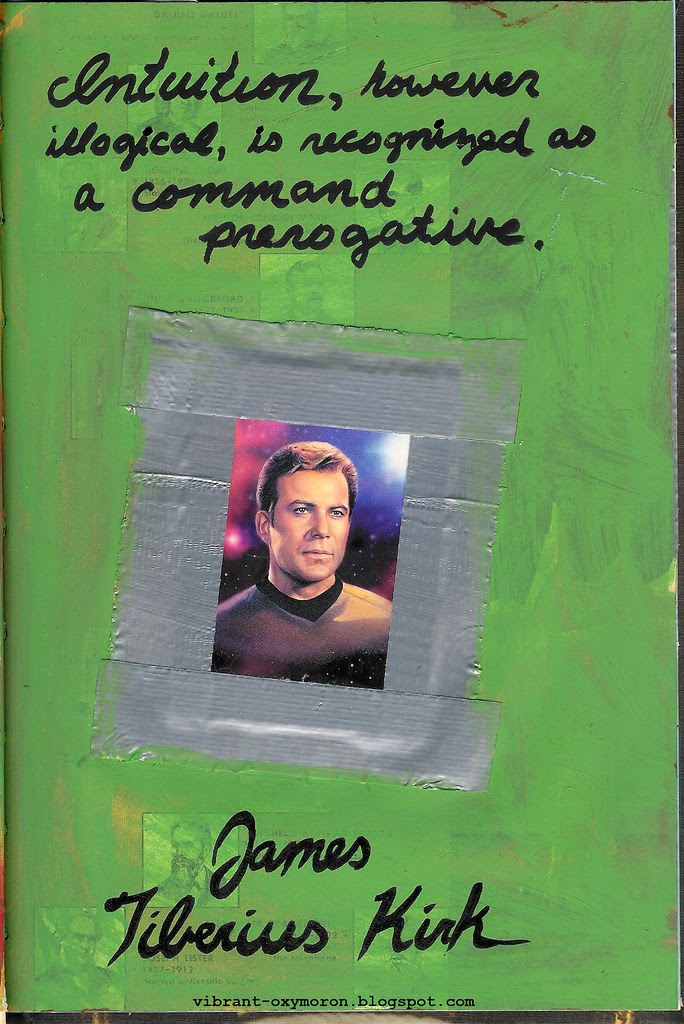 For Kirk's page I wanted to use a quote that represented him in a significant way, but one that came from the show. I decided to use the quote "intuition, however illogical, is recognized as a command prerogative" from the episode "Obsession". I got kind of bored half way through doing this page, so it is very plain and uninspired compared to Spock's.
The art for these cards was done by the wonderful Keith Birdsong.
Posted by T'Laina at 14:32