I went to the comic shop today to look for some of the Star trek comics I am missing. Unfortunately, somebody had come before me and taken every single one. Somewhat disappointed, I went to the wall to inspect the recent figure arrivals. While there were not a lot of items in my current price range, I did happen across what appeared to be a small TARDIS keychain- about an inch tall. 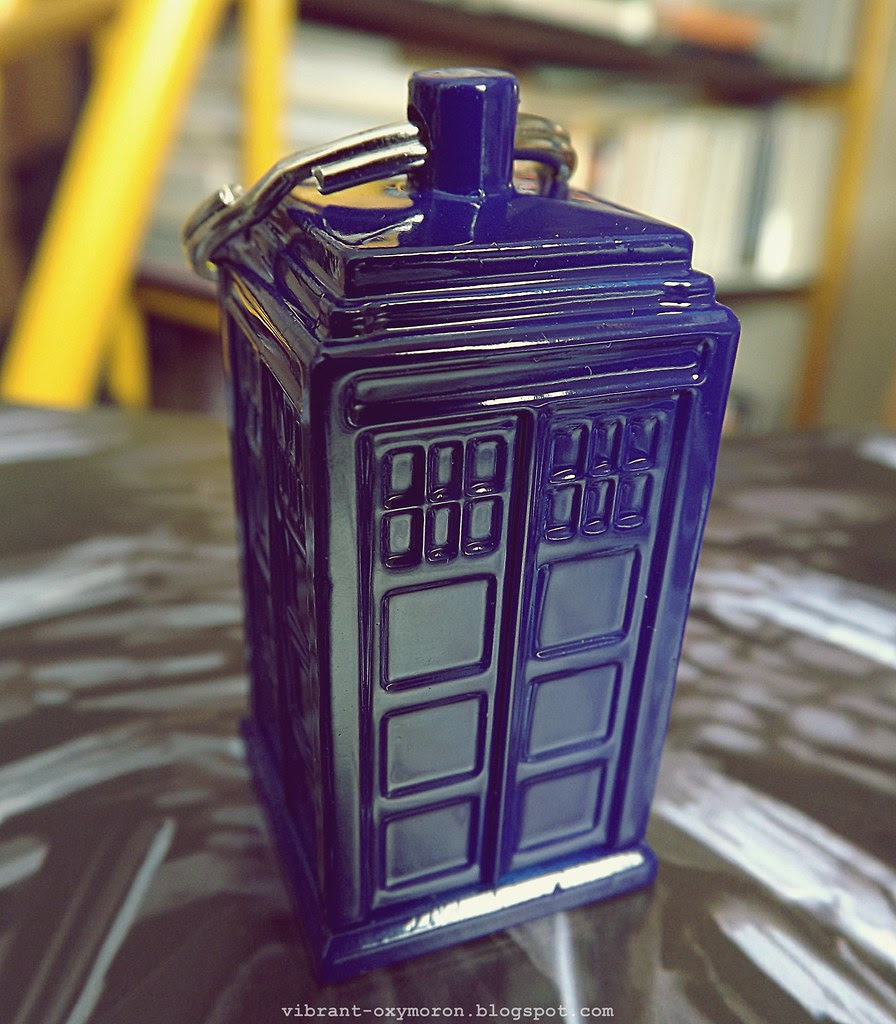 Basically, it is a die-cast TARDIS which can be opened up from the bottom. Inside, there is a hollow space that was made to hold "notes". Nobody around here calls them notes, so that confused me for a second - I imagined putting in school notes and shopping lists before I realized that it meant bills. 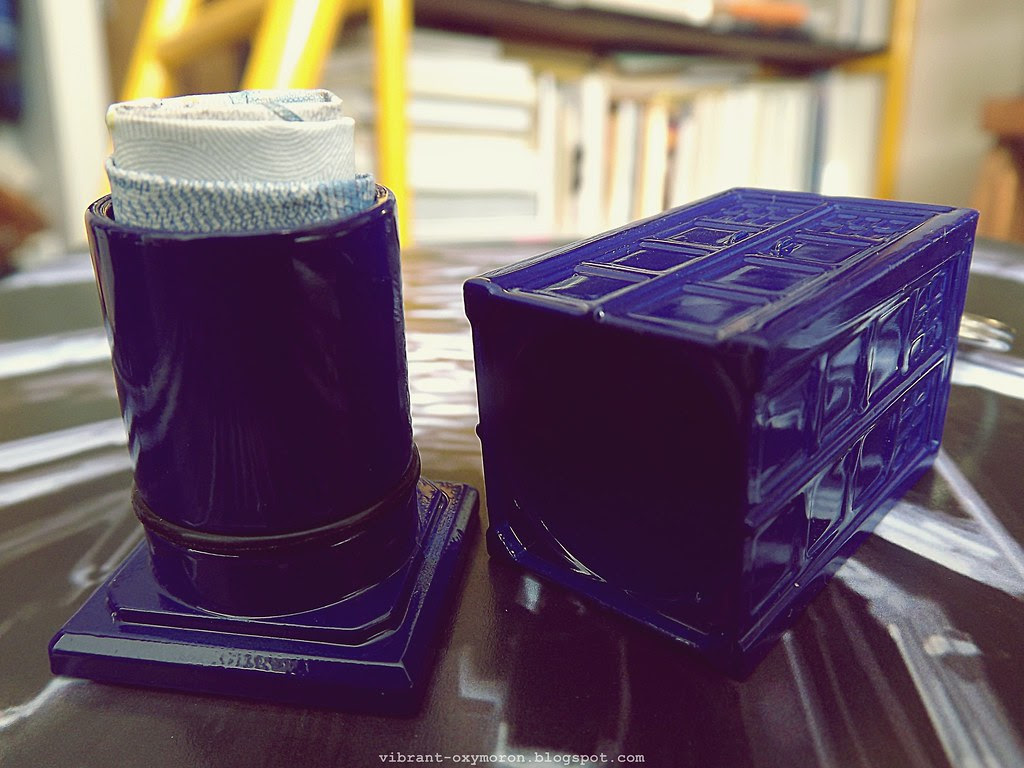 It cost me about ten dollars, and I plan on always having it with me - with a bill or two stuck inside. I am quite sure, however, that I will forget about the money I put in it, place the TARDIS on my desk to look pretty, and accidentally open it ten years later only to find that I had been rich all along. 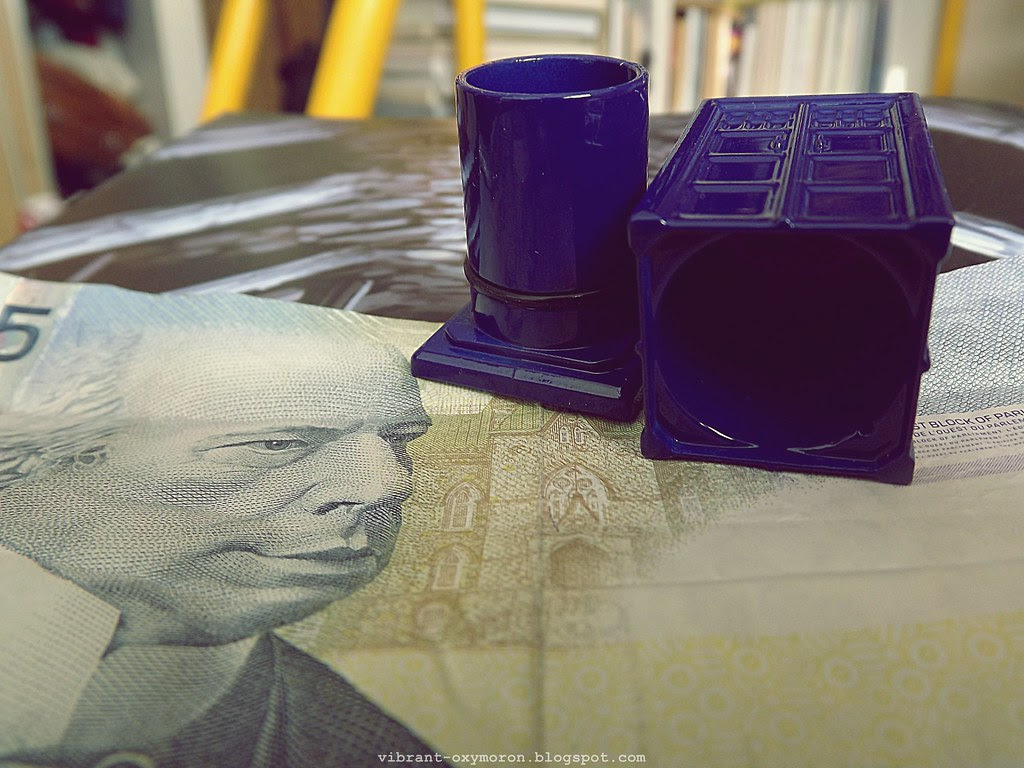 This wonderful gadget was created by Wow! Stuff and by Underground Toys, the same company behind the Eleven Doctors Action Figure TARDIS Box Set mentioned in the last two posts.
Posted by T'Laina at 19:21