Spock Gets a Box of Tribbles from McCoy for Christmas

Once upon a time, the crew of the enterprise decided to bring back the "secret santa" tradition. Most were very excited, with the exception of Spock and Doctor McCoy. Spock felt that such a tradition was illogical and meant for humans, to which McCoy responded harshly, "You ARE half human, Spock - how about you try getting into the spirit of things, you green blooded hobgoblin."

Things really got interesting when McCoy picked Spock's name out of the boot. 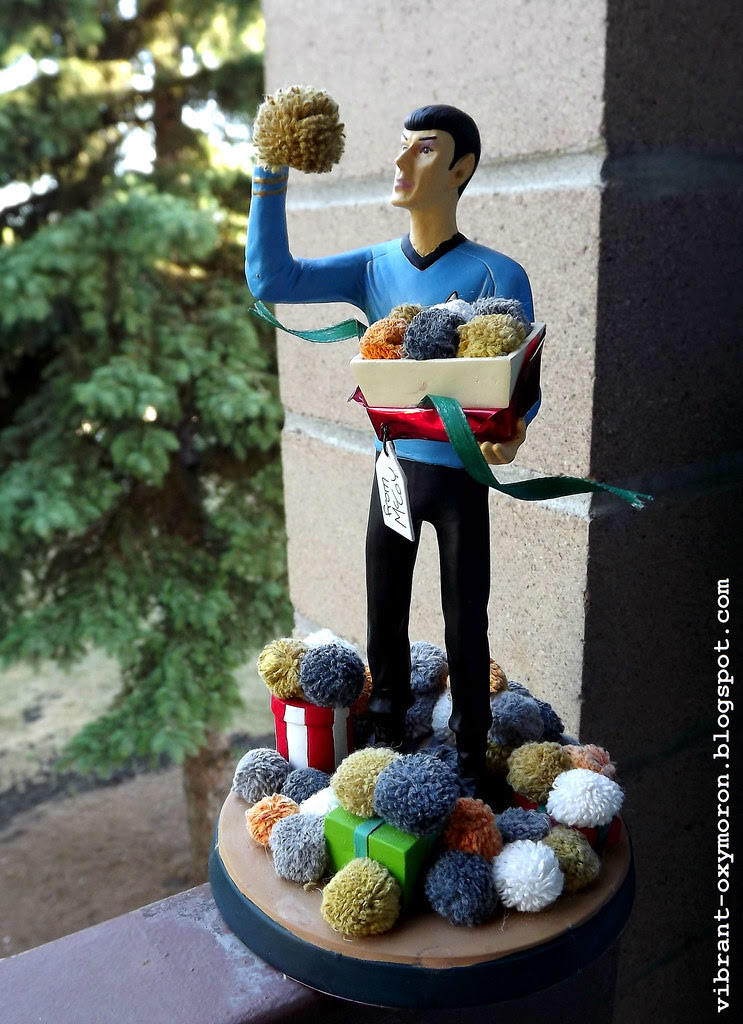 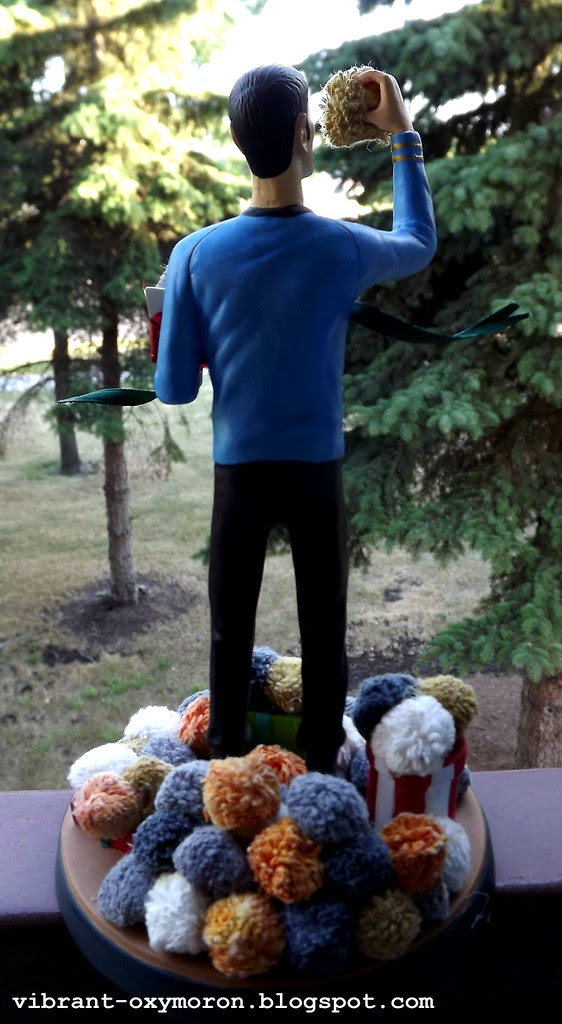 "I'm a doctor, not a damn Santa!" McCoy exclaimed loudly as he paced Kirk's quarters. "What am I supposed to give to a Vulcan for Christmas?"

The corner of Kirk's mouth turned up slightly - "Why, appeal to his human side, Bones." 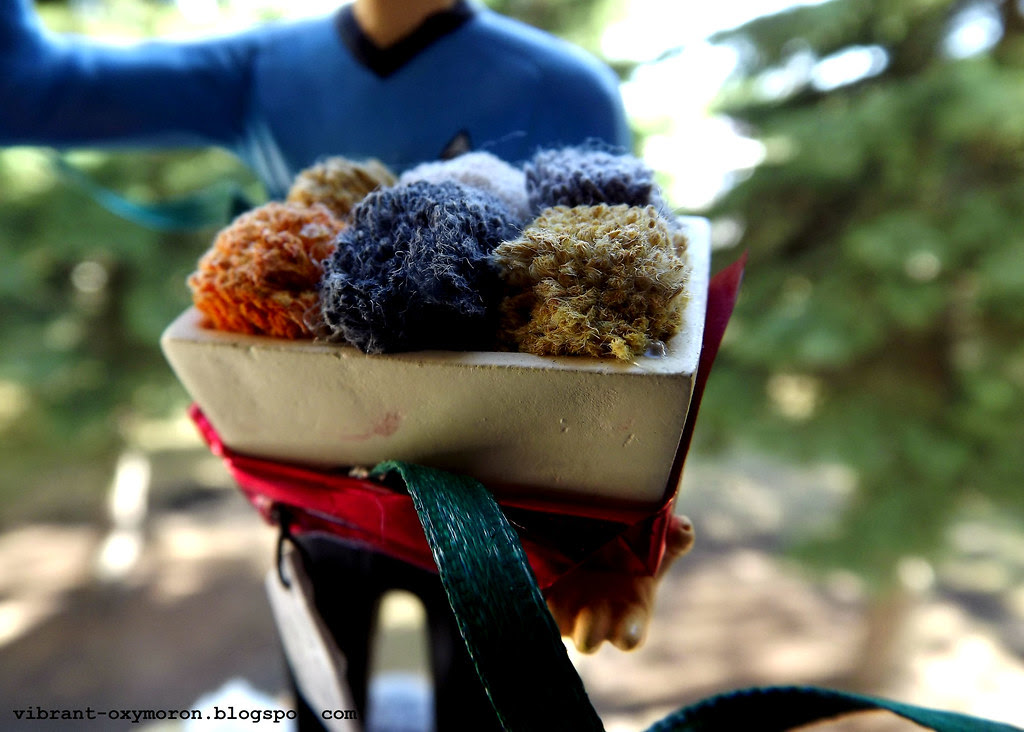 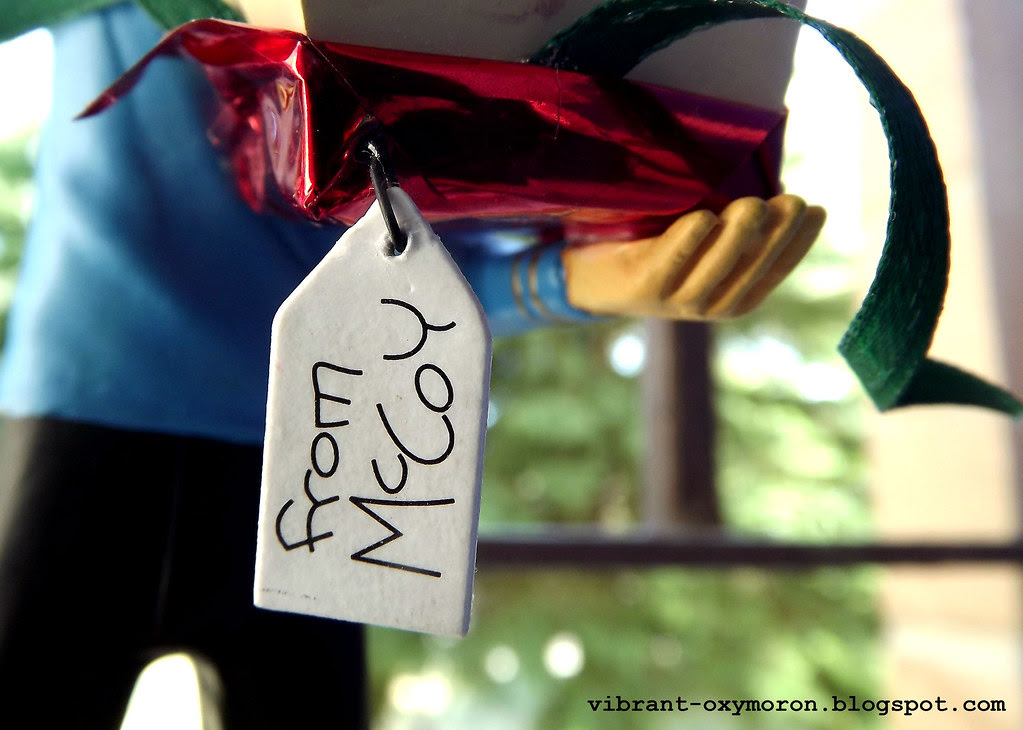 Christmas day finally came around on the Enterprise, and the main crew was gathered on the bridge. Each held a small box or bag in their hands, looking around anxiously.

Kirk recieved an antique paperback from Uhura - "The Crucible". McCoy was given a beautifully framed picture of his daughter Joanna and himself, Scotty a bottle of vintage scotch, Sulu a genuine leather cloak, and Chekov a Russian history book with wide margins where he could add his own "facts". 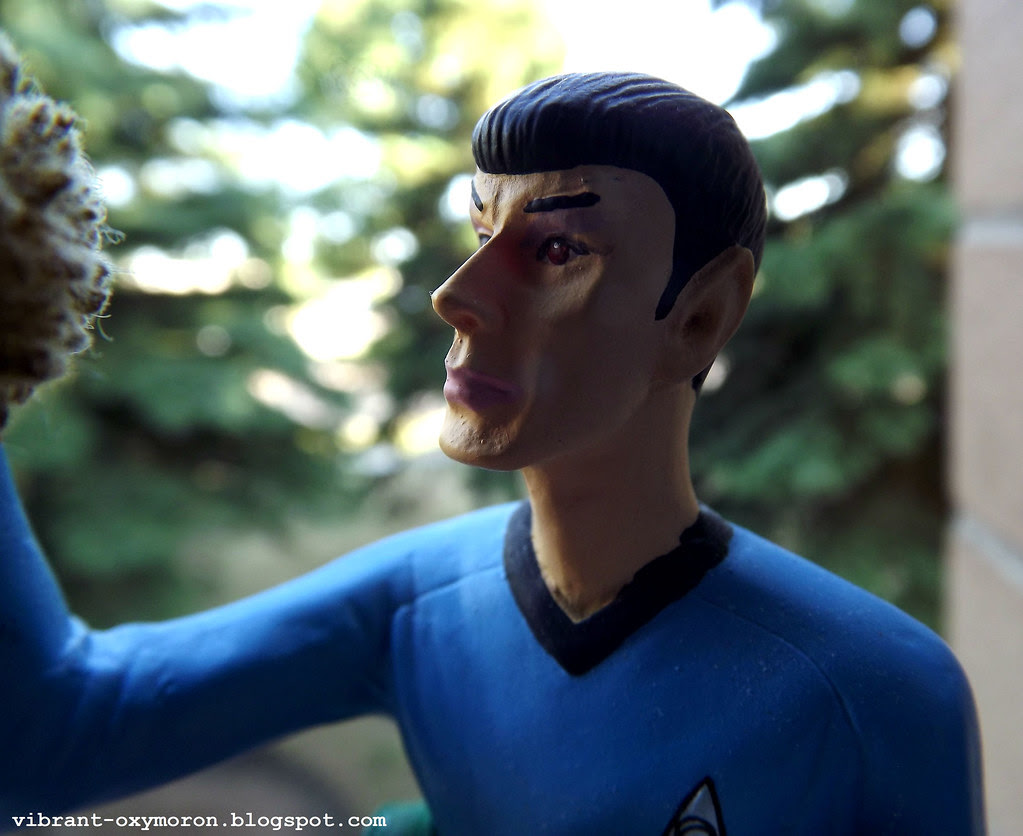 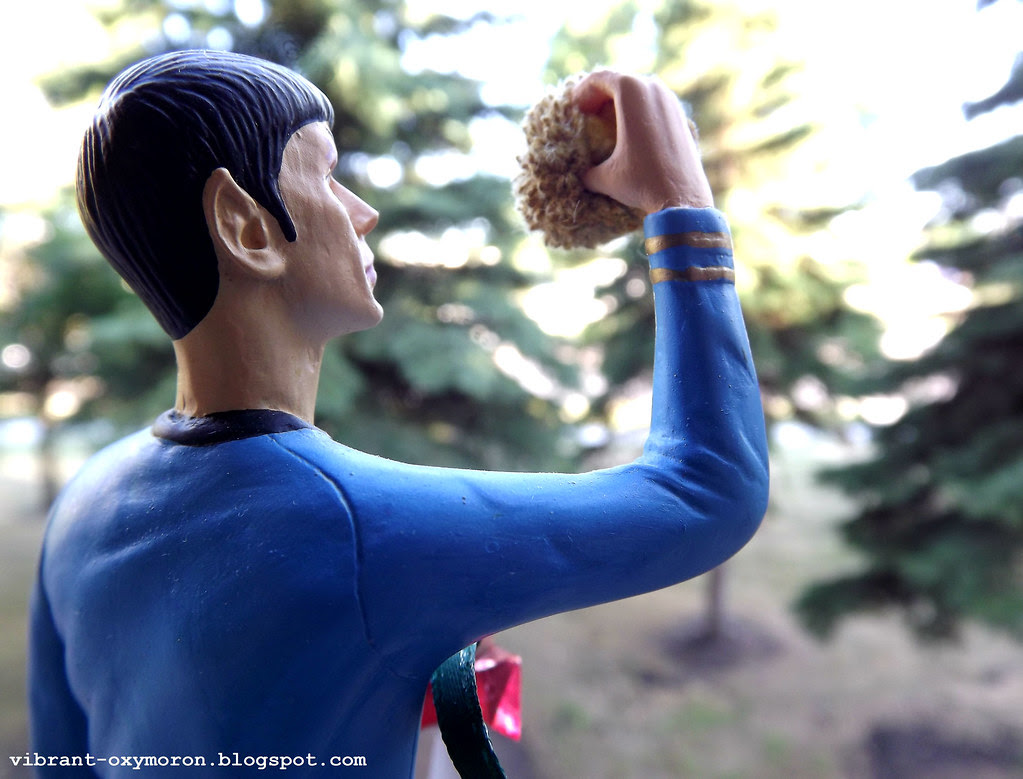 Spock had gotten a hold of another Vulcan Lute for Uhura, which she accepted gratefully and began to play. As she played, she sang a song in Swahili.

Finally, it was McCoy's turn to present Spock with his gift. With a mischievous twinkle in his eye, he handed to package over to the Vulcan. Spock, raising one eyebrow, inspected the package before untying the bow and and lifting the lid. 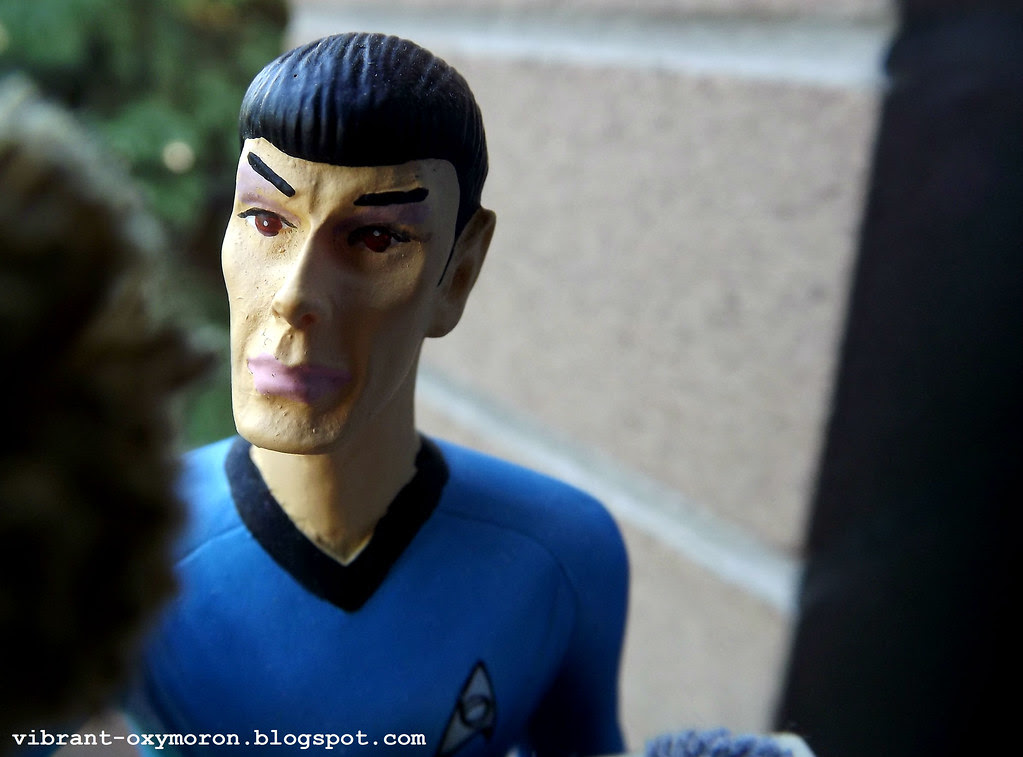 Trying to hide his surprise, Spock watched as the box overflowed with tribbles that fell at his feet. Kirk and McCoy were beside him now, not bothering to hide their grins. Lifting a tribble from the box in his hand, he held it up inquisitively.

The entire crew broke out in laughter - Spock cocked his eyebrow once more, and with the tilt of his head, muttered... "fascinating."

And there you have it - the back story I made up (in a couple of minutes, just now) to go with my new figure. I got this amazing figure at the same time and place as I got my Doctor Who glass and duvet set - from a wonderful man who really knows his stuff. I am in love with the structure of his face and ears here, hence all of the close-ups. Whoever made this is a glorious being.
Posted by T'Laina at 19:58