Xon and the Star Trek That Never Was

Today I have been making my way through File Magazines' "The Star Trek That Never Was" from 1985. It holds an interesting collection of planned episodes and characters from what was going to Star Trek: Phase II, with Xon (a young full Vulcan) replacing Spock, and with Decker and Ilia on board.

I have always been fascinated by Xon, from what I have been able to find out about him - I wish I could have seen his character in action.

Xon is quite young, only 22 - extremely young for a Vulcan - and is a genius, personally selected by the Vulcan Academy of Science as their representative on the Enterprise. Xon realizes that part of the reason why Spock did so well was his ability to better comprehend the crew's emotions due to his human half. Because of this, he tries to copy human emotions (without actually experiencing them) so that he can better understand humanity. Xon is also a much stronger telepath than Spock, and is able to easily link with Ilia.

The image used for the above profile is not that of Xon, but of Sonak in The Motion Picture. Xon was to be played by David Gautreaux: 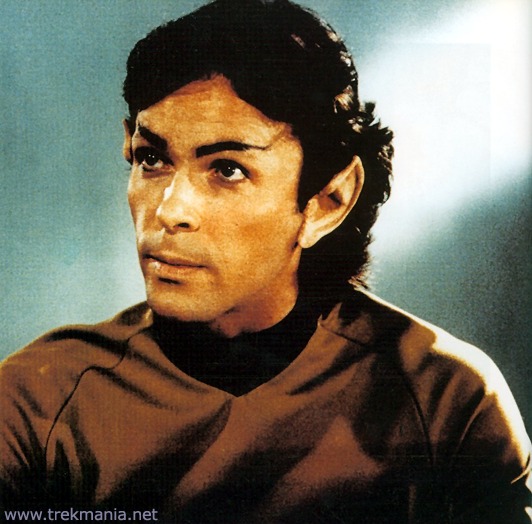 The first episode draft, "In Thy Image", was eventually adapted into the Motion Picture and involves Ilia being used as a probe and V'Ger (spelled Vejur in the article), Xon, and Decker. There are many differences - Ilia and Decker resume duty aboard the enterprise, and Xon is Science officer throughout. Kirk beams down to earth with the probe and it is amazed at the beauty of it. But through Ilia "Vejur" begins to like Kirk, and when the time comes to destroy earth it decides that the biological units have a reason to live, and that it cannot learn from them.

The pictures that accompany the episode's overview don't have much to do with "In Thy Image" specifically - the first is from the Motion Picture with Ilia, and the second is Kirk with Nomad (it is suggested that the episode would have been too similar to "The Changeling").

Still, I would have loved to see Xon in action!
Posted by T'Laina at 18:09