As many of you may have heard, a couple of rumors that had been going around about Star Trek XII have been confirmed.

First, Leonard Nimoy is once again coming out of retirement to play Spock Prime. This excites me greatly, as it means we may bear witness to the rebuilding of Vulcan (or rather, the progression of New Vulcan).

The second confirmation has gotten people across the internet very worked up - and not, it seems, in a positive way. 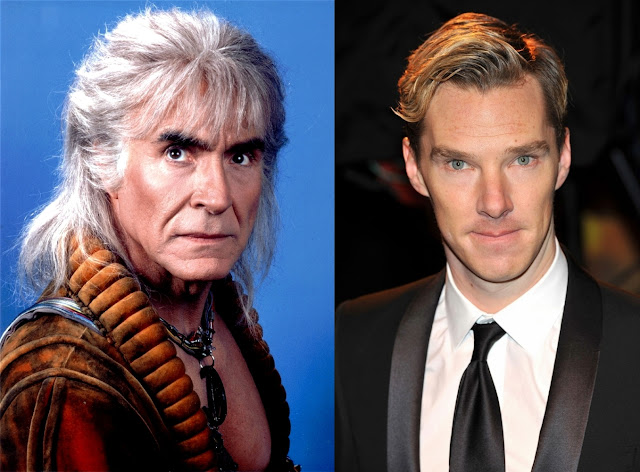 Some of the arguments against Khan being the main villain are that as this is a new universe, they would like to see new villains. I, on the other hand, do not think that would be wise.

I am incredibly excited to see Benedict play Khan - and sooner or later, Khan will have to be released from stasis. The timeline change only goes back so far, and the Romulan miners arrived nowhere near the 1990s. This means that Khan and his league of super-humans still launched into space, placed themselves in stasis, and are yet to be found. Perhaps this discovery will happen in the coming movie. It is perfectly logical that Khan becomes a major villain.

Many things have to happen now, actually. Not only must somebody face Khan again, but somebody is also going to have to bring back whales from the past. These things logically need to happen, because the timeline wasn't changed far enough back in time for the events causing the Eugenics war and the extinction of the humpback whales to be altered.

Another concern is that Benedict Cumberbatch is a poor choice to play Khan because, well, he's white and British. I feel that with Khan's makeup and some practice, he could definitely look and at/sound the part. I mean, Hugh Laurie has a British accent, but we hear not trace of it in House. 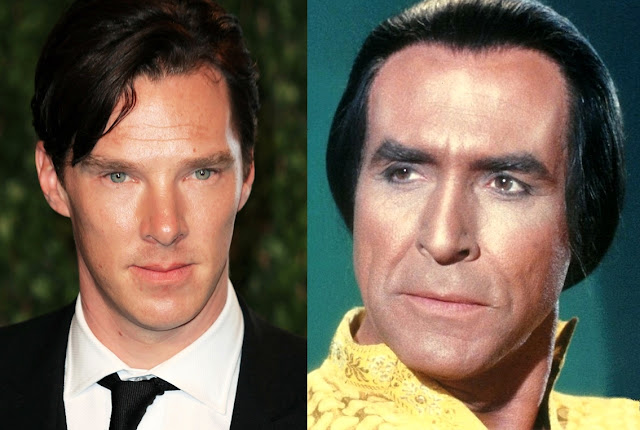 Of course, most of us have seen the leaked photos of Benedict as (what we now know is) Khan. These photos were not, however, of a high enough quality that one would be able to make a deduction as to resemblance.

And what if they are going to meet Khan in the past, when he is younger than when we met him in Space Seed? These things do happen.

My point is, I think it would be interesting watching the historic events we know from the past episodes and movies, and seeing how they might change in this alternate timeline. I think choosing Khan as a villain for the coming movie is a perfect (and logical) choice, and there must be somebody out there who agrees with me.

Edit: Another concern about Cumberbatch as Khan is that it is a "race failure", and that casting him ensures that an ethnic person is not cast as the part. I absolutely understand what they are saying, what it implies, and how it could be seen as a problem. My respectful opinion, however, is that a great actor for the part should not be discriminated against because he is NOT the same race, when they would do the part great justice. I was not at the casting, and so I do not know who was there/what ethnicity the actors were/how well they performed in respect to Khan.