Lal - The Beautiful Daughter of an Android

Lal - Data's android daughter - appeared only in the TNG episode "The Offspring". She was probably one of the most adorable androids in the Universe, and it is a shame that she had to fail. When she began to grasp concepts such as verbal contractions and feel human emotion, I was sure that she would be special - exceeding her father. Unfortunately this was a symptom of cascade failure in her neural net, and complete system failure followed.

As Data moved "frantically" to save her, I was sure he felt love for her. (For more information on the episode, please visit Memory Alpha.)

As Lal is one of my favorite Star Trek characters, I decided to do a quick sketch of her. The sketch turned out better than I had thought it would, and so I inked it: 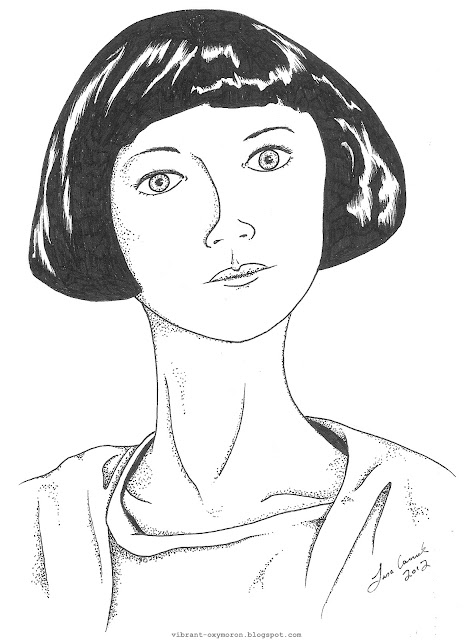 After that was finished, I decided I would scan it and alter it digitally for practice. Unfortunately, I do not own a tablet so I had to use the pad on my netbook - resulting in shaky lines. Despite these difficulties, I believe it turned out quite well: 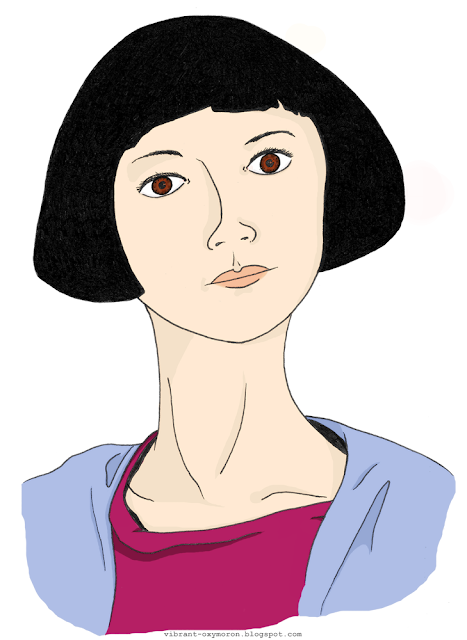 For those of you who may be interested, I also have an art blog called Bitter Ambiguity.
Posted by T'Laina at 23:01