The Cage and Where No Man Has Gone Before

I just came back from out of the city tonight, and on my way back I stopped at a Value Village I'd never been to. I had exhausted the thrift stores around here's Star Trek and Doctor Who supplies a long time ago, so I figured it would be a good idea to at least take a look. I spent about ten minutes running around and scanning the shelves, and ended up going up to the counter with a heaping arm full of books and VHS tapes.

If you recall, a couple of days ago I wrote bout wanting to order a VHS copy of The Cage. Well, this morning I just so happened to find a copy of The cage and Where No Man Has Gone Before, for only $1.99. I made some scans... 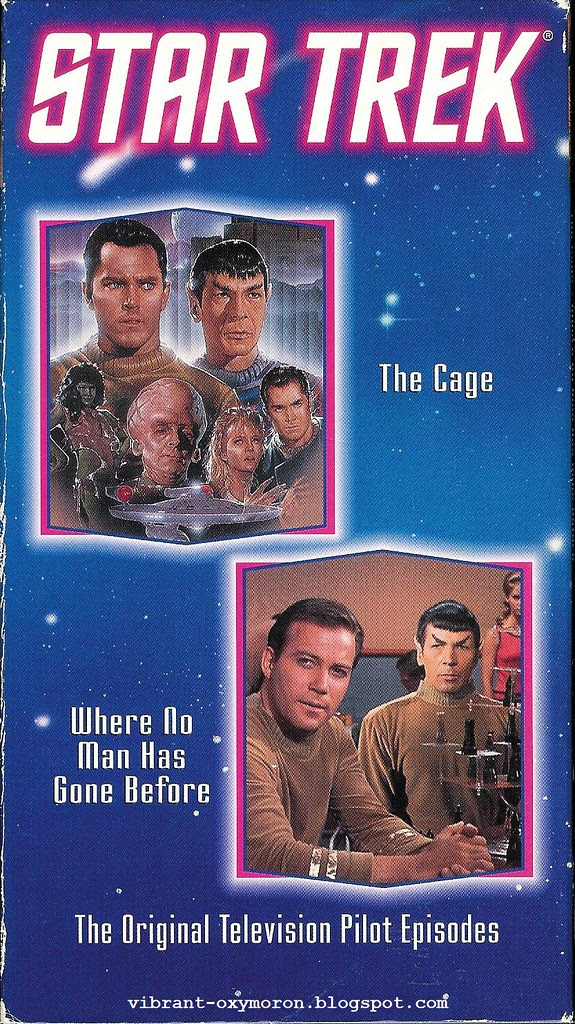 I absolutely love watching the pilot episodes, especially The Cage, because of Spock and how his character is played. Not that I like how he was played as much as in the later episodes, but because it really shows how far the character was developed later on. It never ceases to amuse me when Spock keeps yelling across the bridge when speaking normally would suffice, and when he looks at Captain Pike and smiles when they are touching the blue plants.

It is also interesting watching Spock fight with Gary Mitchell, as the Vulcan nerve pinch had not yet been developed. 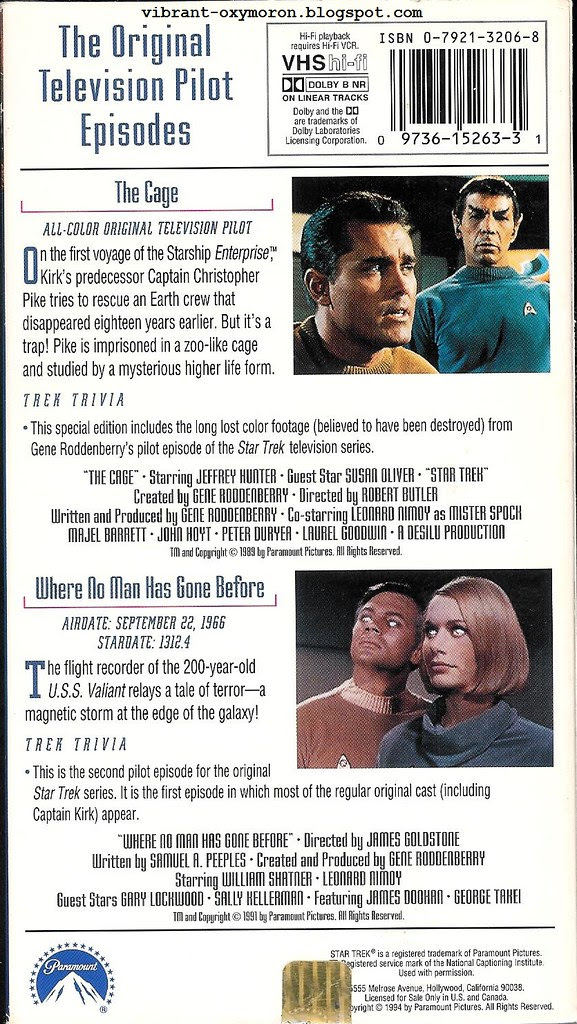 For any fans who have not seen the pilot episodes, I would strongly suggest that you find them on the internet - or, better yet, buy a copy for your collection!
Posted by T'Laina at 23:39