Spaced Out - The Very Best of Leonard Nimoy and William Shatner

Quite a while ago I ordered a copy of "Spaced Out - The Very Best of Leonard Nimoy and William Shatner"  from ebay. The day right after I finalized the order my mother came home with the very same CD that she got for me at Goodwill for two dollars. I enjoy having two copies, however - they are different releases. I had actually seen both versions for sale on ebay, but decided on the UK release.

I decided to order the UK version because of the design. first of all, Leonard and William Shatner are more visible (we can see Bill's snazzy striped pants!). Secondly, the colors are more appealing. Thirdly, the layout is super-simple and to the point: (Click images to enlarge) 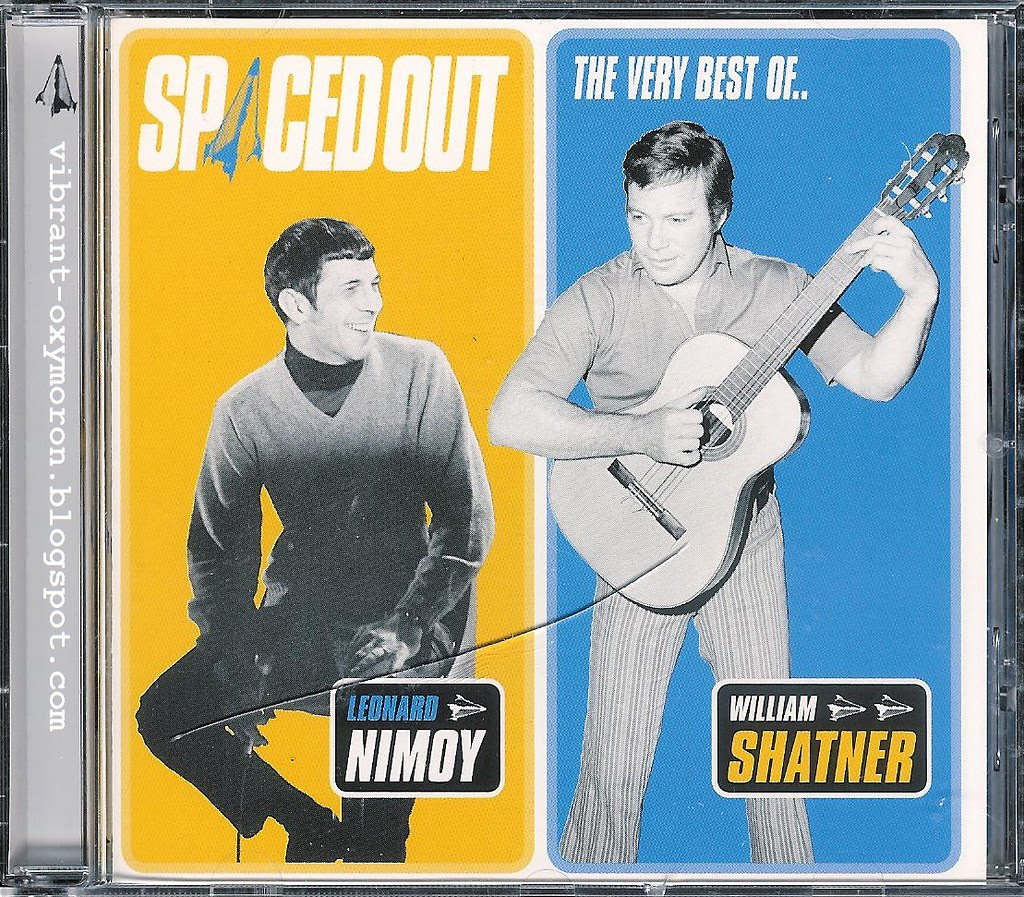 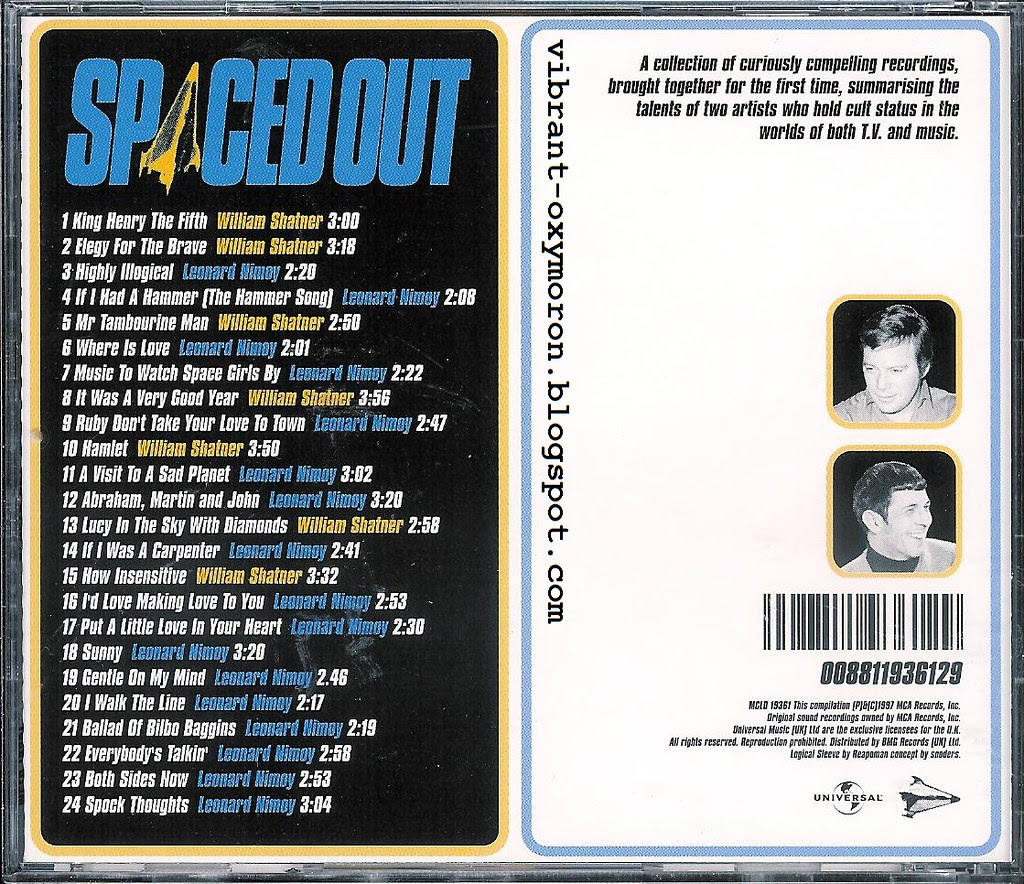 The Canadian release (kindly brought to us by Space: The Imagination Station!) is simply cluttered and unnecessarily bold. William Shatner's cool striped pants are gone, the writing is in the most hideous combined colors known to man, and everything is all slanty. Not cool.

Still, however uncool - It is an awesome addition to my collection, and I will never pass up anything Shatner/Nimoy related. I play this one so that the other doesn't get scratched. 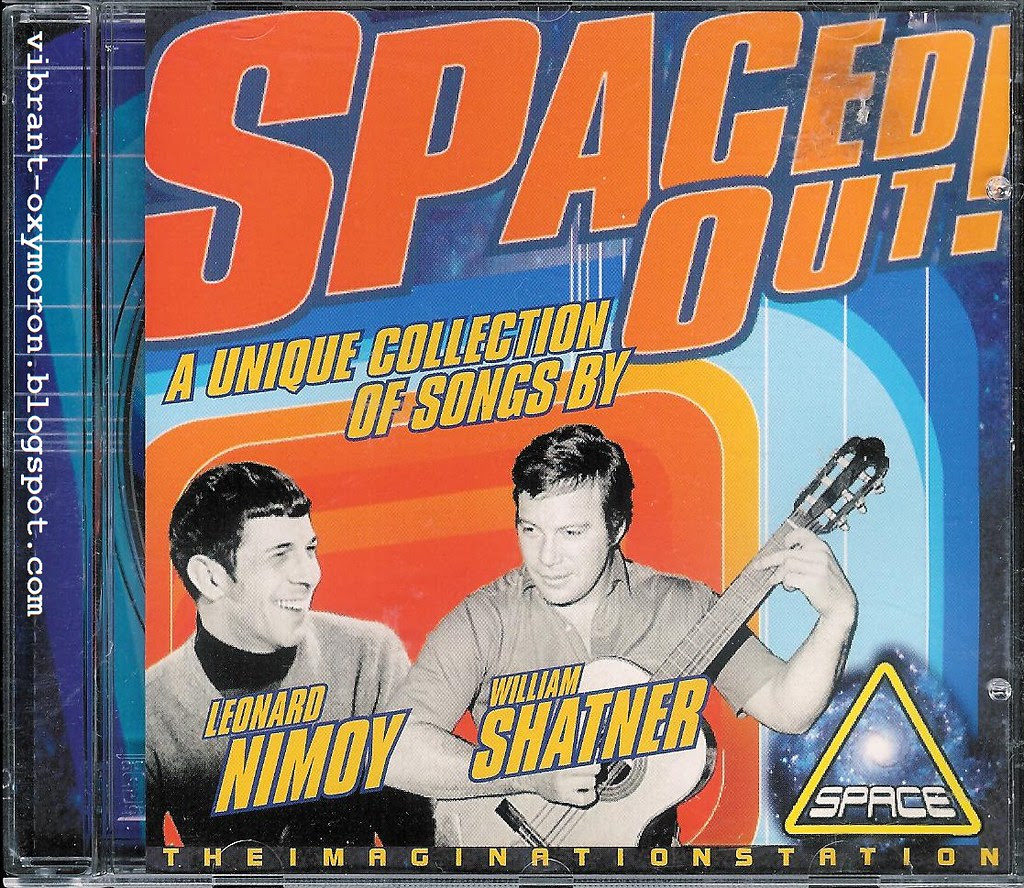 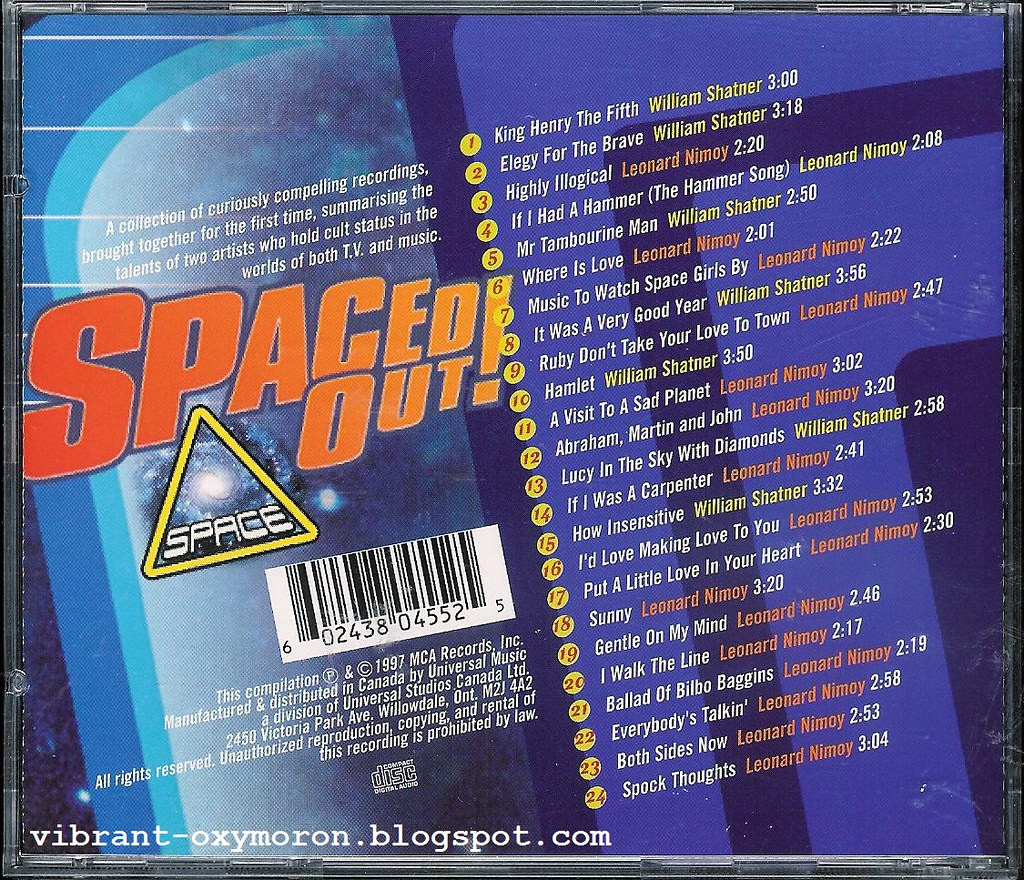 The selection of songs "sung" by William Shatner (from The Transformed Man, 1968) is fantastic, but I would have liked to see more of Leonard's original work and less covers (although I love his covers more than he originals). I would have liked to see on here original songs like The Sun Will Rise, Once I Smiled (in collaboration with Charles R. Grean, seemingly about Spock in "This Side of Paradise"), Maiden Wine, and Piece of Hope -  these are my favorite songs of his, along with Cotton Candy (written by Cliff Ralke). But hey, at least they put on the full version of Bilbo Baggins!
I will leave you with this gem - Piece of Hope written and sung by the wonderful Mr. Nimoy:
Posted by T'Laina at 23:32