We all know Spock - that green tinted, matte skinned pointy eared Vulcan. What many don't know is that it took plenty of trial and error to get Leonard Nimoy to look that way, and even when a professional knew what he was doing it took an hour and a half to apply the prosthetics and makeup.

I scanned these from the Files Magazine Spotlight on Spock (and they scanned it from something else in 1967) - a series of photographs showing the hour-and-a-half long procedure. 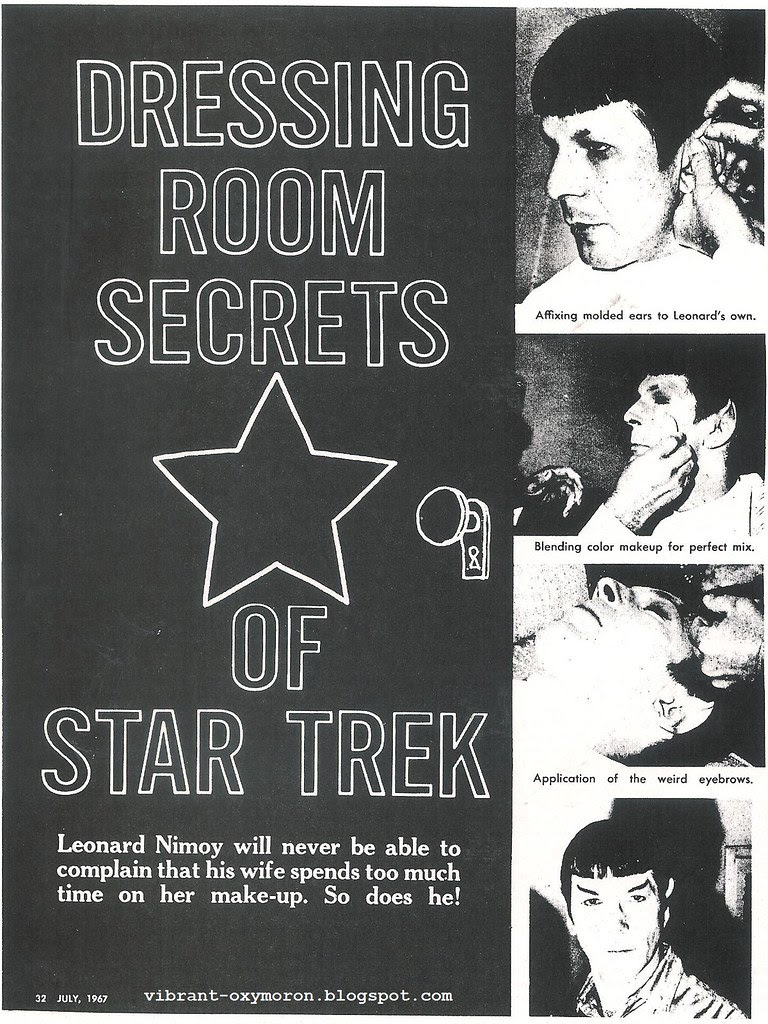 According to good Mr. Nimoy, the ears were very painful wear and to take off because of the glue. I recently read a cute story in "The World of Star Trek" by David Gerrold about his Girl Friday, Teresa Victor.

After working for Leonard for a while, she wanted to do something special to show her appreciation. She decided that on the last day of her trial period she would wear Vulcan ears. Now, it was difficult enough for Leonard to get the right ears - for Teresa it was almost impossible.

One of the casting directors eventually got a pair for her, but they were molded to Leonard's ears and she had to use a strong adhesive. She spent an hour putting them on and wore them all morning, trying to cover her ears with her hair so nobody would notice (although the tips kept poking out). They were immenslely painful, but finally at the end of the day she met with Leonard and pulled back her hair to show him the ears. "I am dying from the pain!" He cracked up laughing, but realized how important is was to her that she show him how she felt. 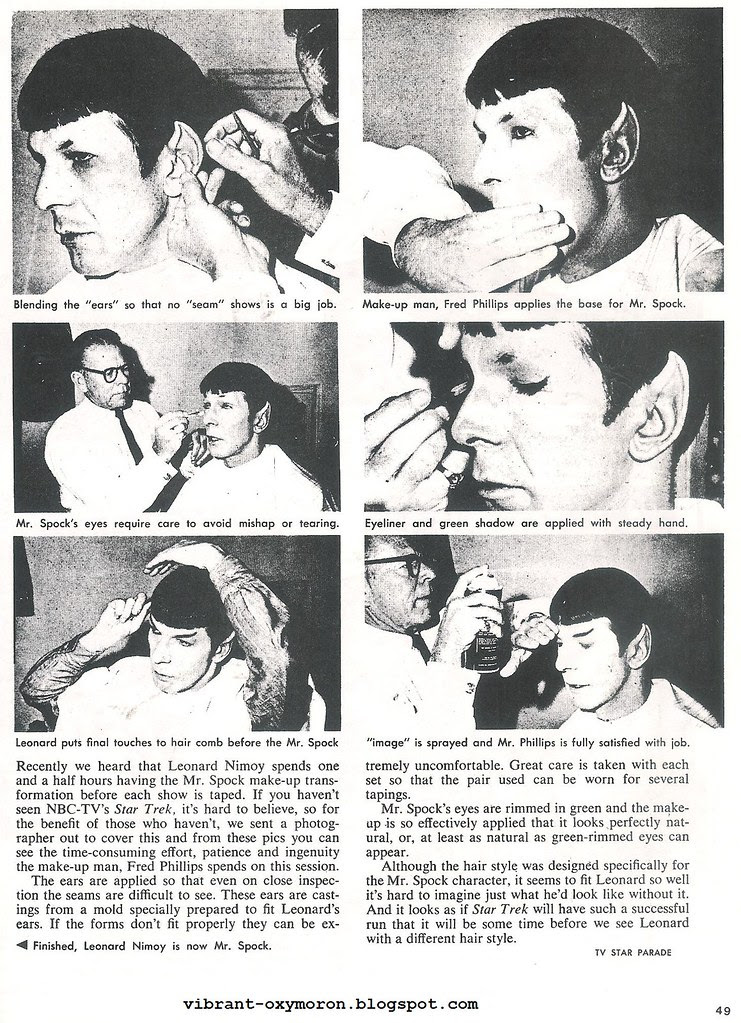 More problems arose when she had to go to a party that night and she couldn't get the ears off - and none of them knew who Mr. Spock was.

Here's another interesting fact: Spock's skin was originally going to be red, but Leonard pointed out that most people still had black and white TVs, and on those sets Spock would look pitch black. (It would also make him look even more "demonic".)

I will leave you with this wonderful clip of the great Leonard Nimoy speaking on that exact subject: