For the last couple of days I have been posting interesting Mark Lenard, Robin Curtis, and Leonard Nimoy interviews from the Star Trek Official Fan Club Vulcan Issue 1986. But before I go on to another item, I feel that I should finish putting up the rest of the scans! They aren't about any on thing in particular, but are still very interesting.

First we have an ad for Nichelle Nichols' album - Uhura Sings! I have always loved her voice, so unique and powerful. There is also a place to order back issues and a VHS copy of "The Cage", as well as ten other episodes. I would order, but I think I am a little bit late.


Next we have a summary of Paramount Pictures' gala toasting Star Trek's 20 year anniversary. See bottom right corner for a great photo of Bill playing with Leonard's stubble!

And now onto an equally compelling article on the possibility of sending man to mars - it is indeed possible, but extremely expensive. For some reason I was always willing to bet that in many places it would be like living on Vulcan, but never realized until a while ago (not from the article) how cool it was. While the average surface area of Mars is -63 degrees Celsius, and only goes up to 20 degrees further from the poles. 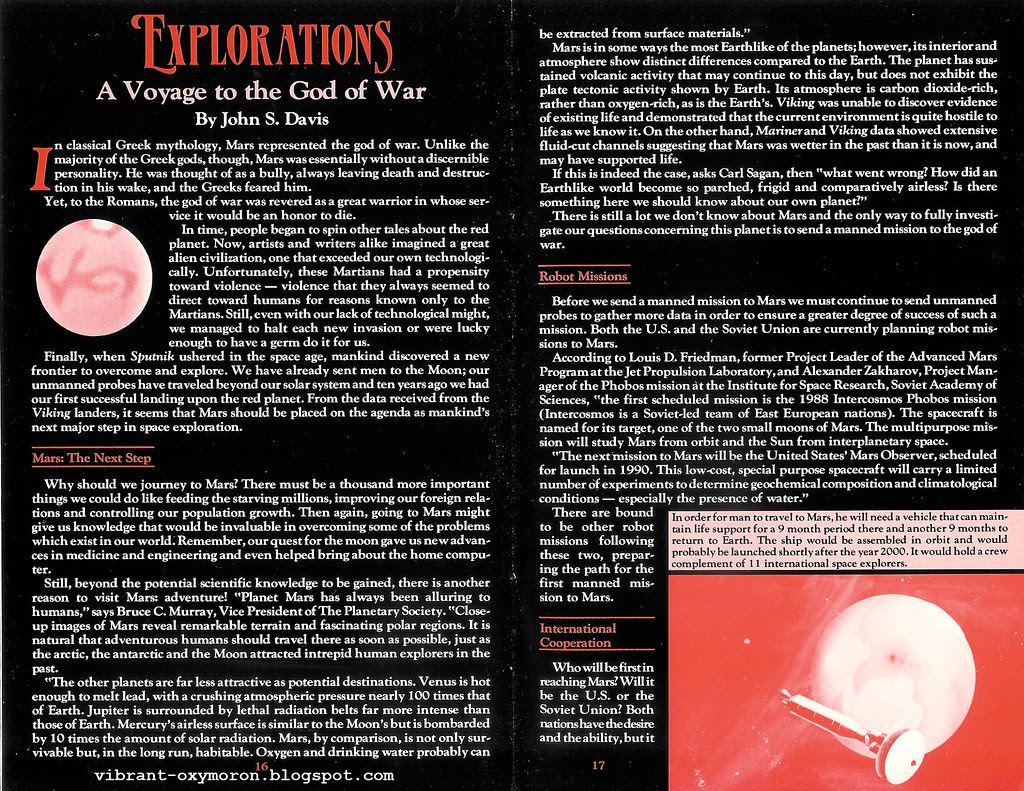 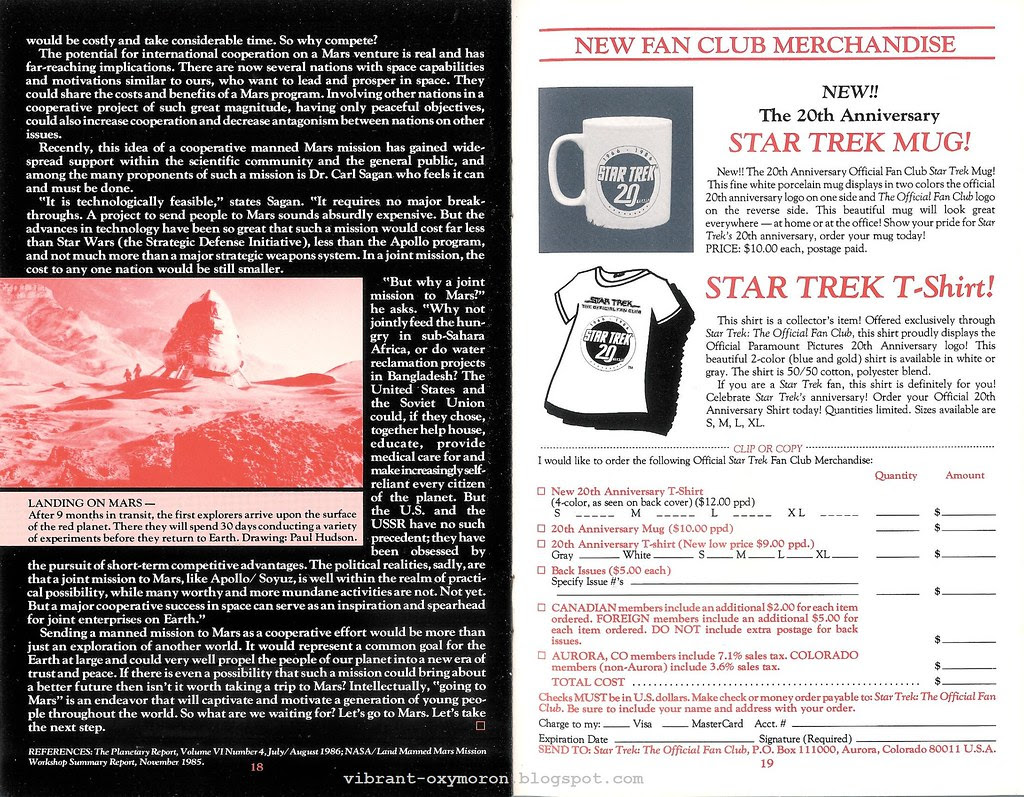 It also has an order form for some cool 20th anniversary gear, with some angry red writing about US dollars.
Finally, we flip to the back cover for some logical gift suggestions! I certainly wish I could go back and be - well - ALIVE at that time.
Posted by T'Laina at 21:47