(Note: This will be my second last art/craft post for a while)

I took an art class for the first time last semester, and every single project I did tied into Star Trek (specifically Vulcans) in some way. I did a large portrait of Spock within the Plak Tow in micrography, and painted Vulcan's Forge with T'Rukh/T'Kuht/T'Khul etc. and it's moon.

The only practical thing I ever created in art was (as anyone could have guessed) linked with Vulcan culture as well. Modeled after Tuvok's meditation lamp, I created my own: 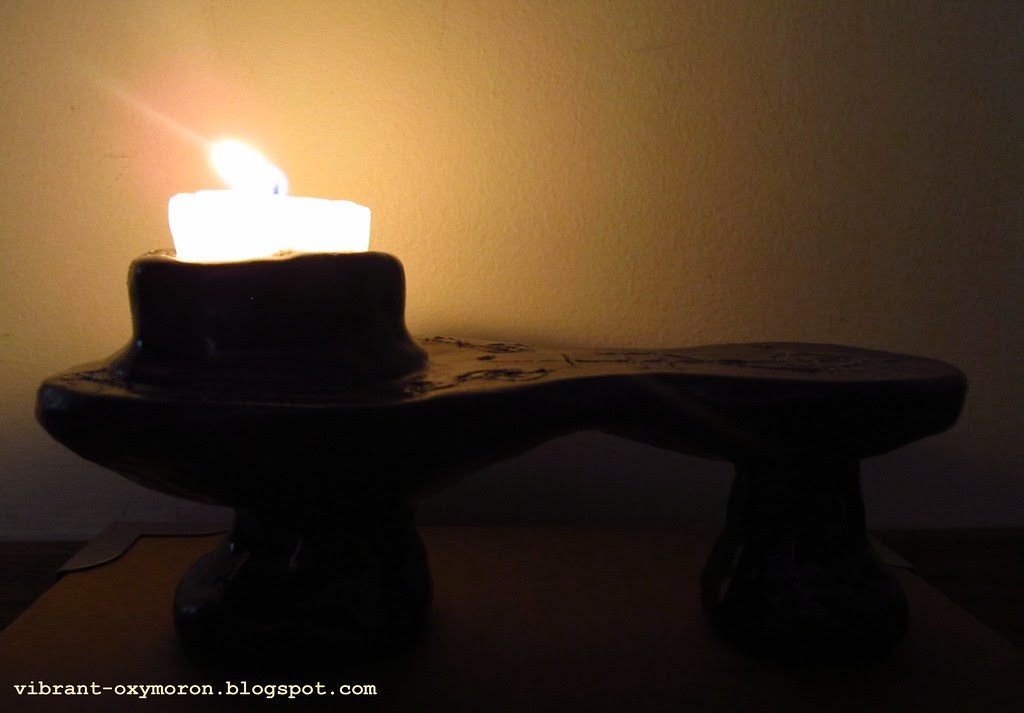 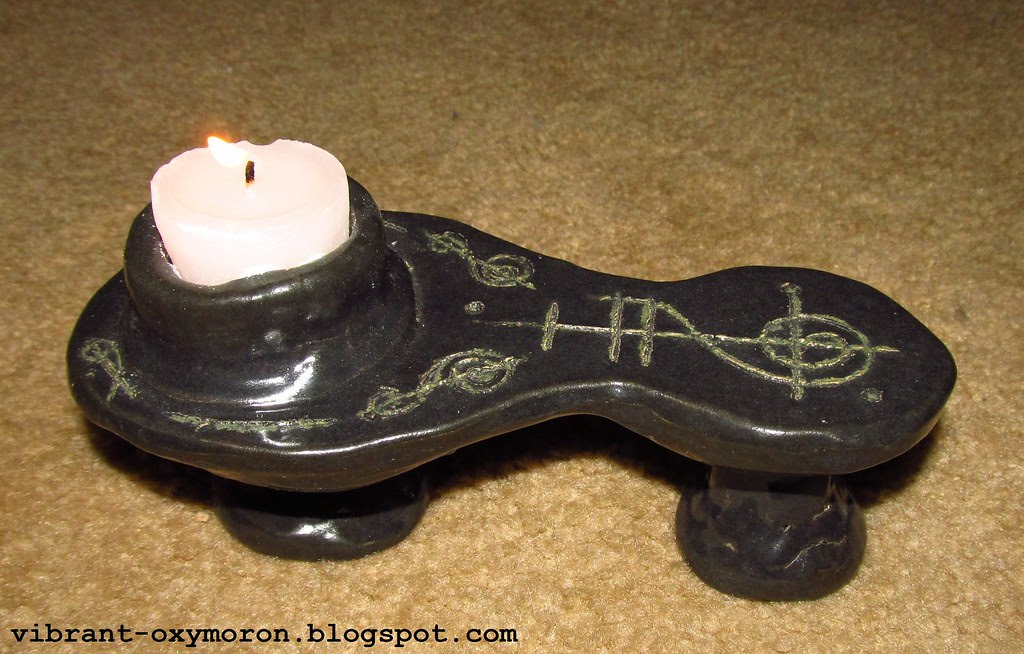 There are quite a few differences - I had to add a second stand because I wouldn't be able to keep it balanced in the kiln otherwise (or afterwords), and it is quite a but thicker and holds a larger candle. Also, it is less gracefully crafted.

For anyone who is curious as to what the original lamp looked like (as seen in the VOY episode "Juggernaut"), here it is: 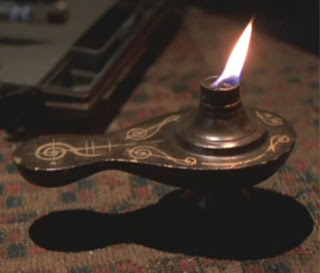 Compared to the original, mine looks like it was made by a five year old out of mud. Still, it works! It is great for casting shadows on the walls and for, well - meditating!

"A flame, like emotion, is a primitive force. Left unchecked, it's chaotic, destructive. But if controlled, it can be a powerful tool. The lamp controls the flame, as you must learn to control your emotions" - Tuvok