I have been going through my magazines and books lately, and came across an official Star Trek fan club magazine from 1986 - Number 52, Special Vulcan Issue. It has got some great photos and interviews inside.

(As always, click scans to enlarge to epic proportions.) 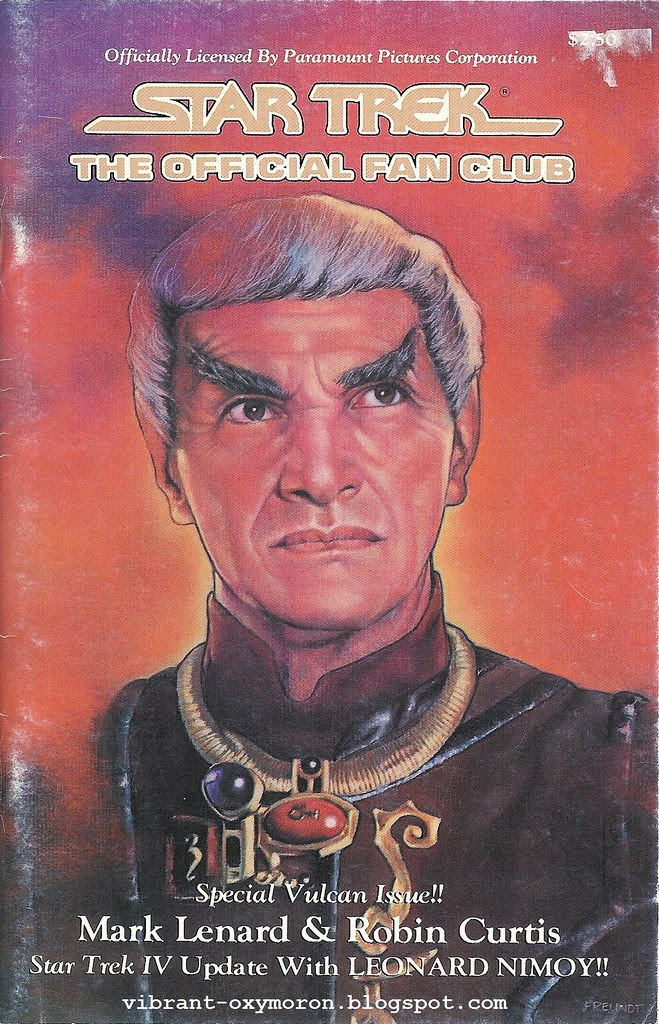 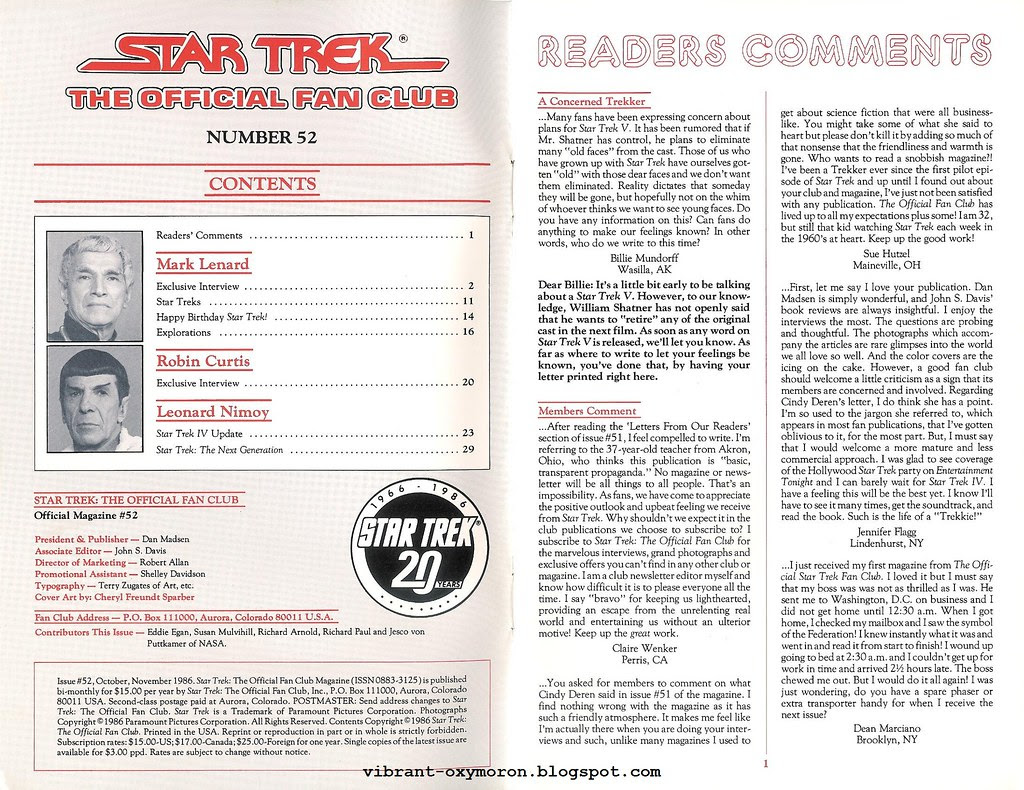 Now of course we all know that Mark Lenard first appeared as a Romulan, but the world fell in love with him as a Vulcan. Sarek and Amanda are, beyond a doubt, my favorite couple in the universe. It makes me wish I could marry a Vulcan, I certainly understand them more than I do most humans.

Sadly the first contact is not until April 5, 2063 and I will be 71. So... I don't think I will find a Vulcan husband. But surely a trekkie is the next best thing, right?

On to the full interview: 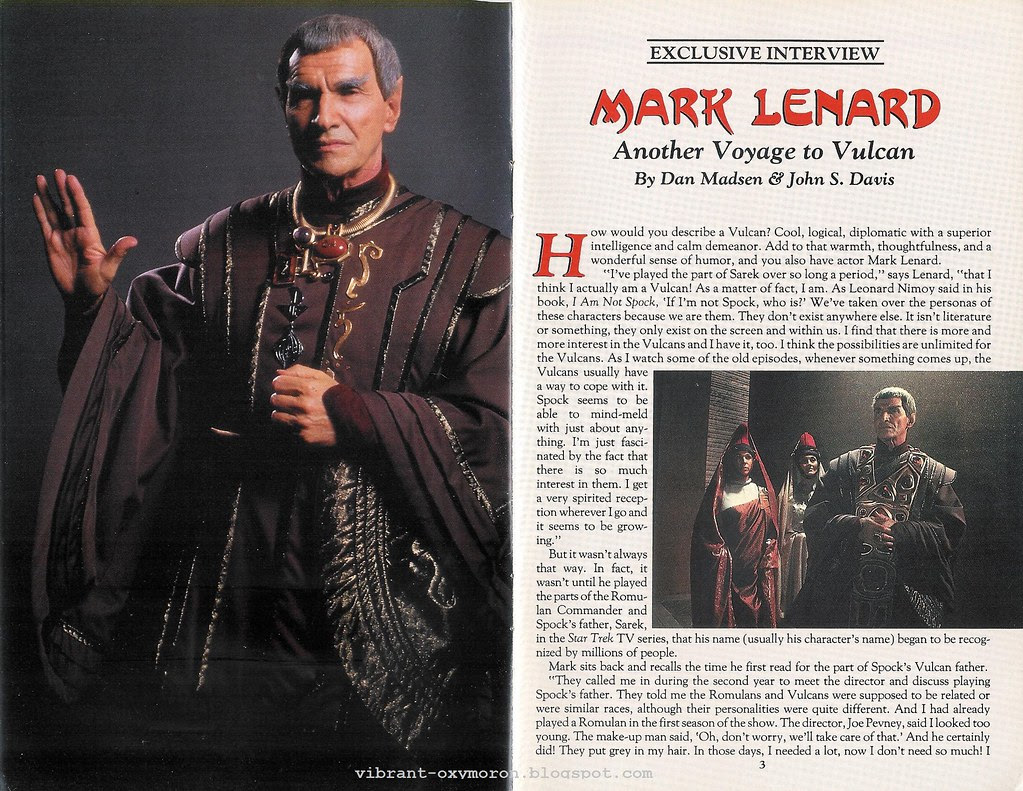 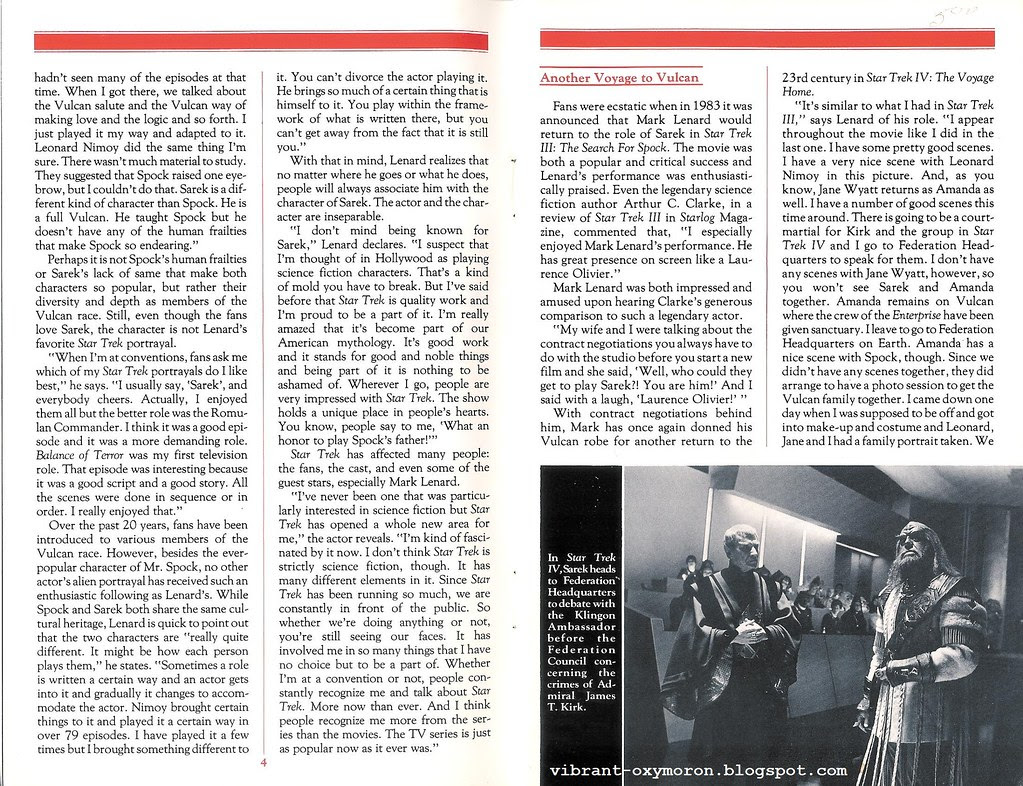 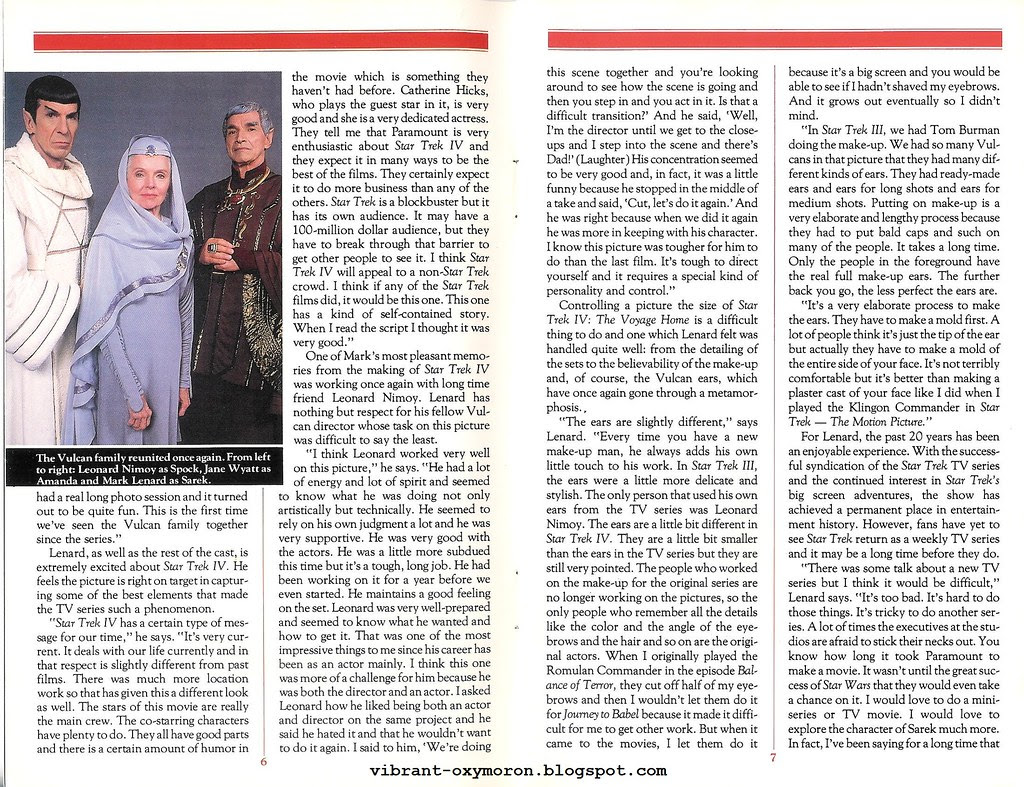 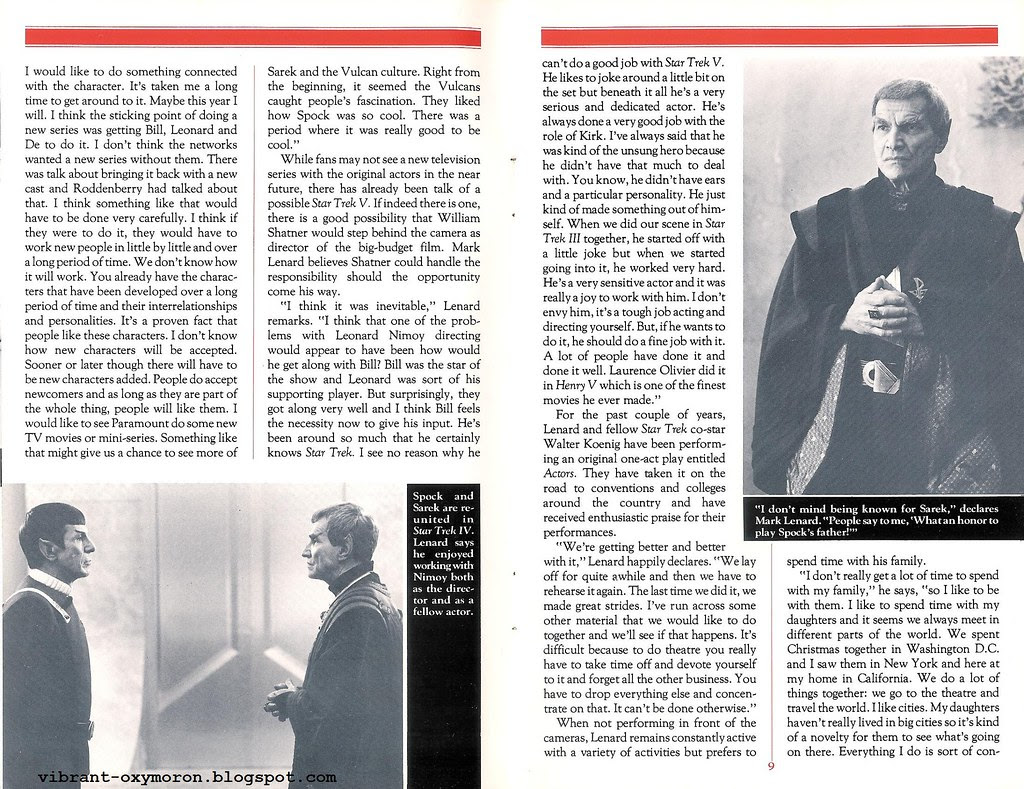 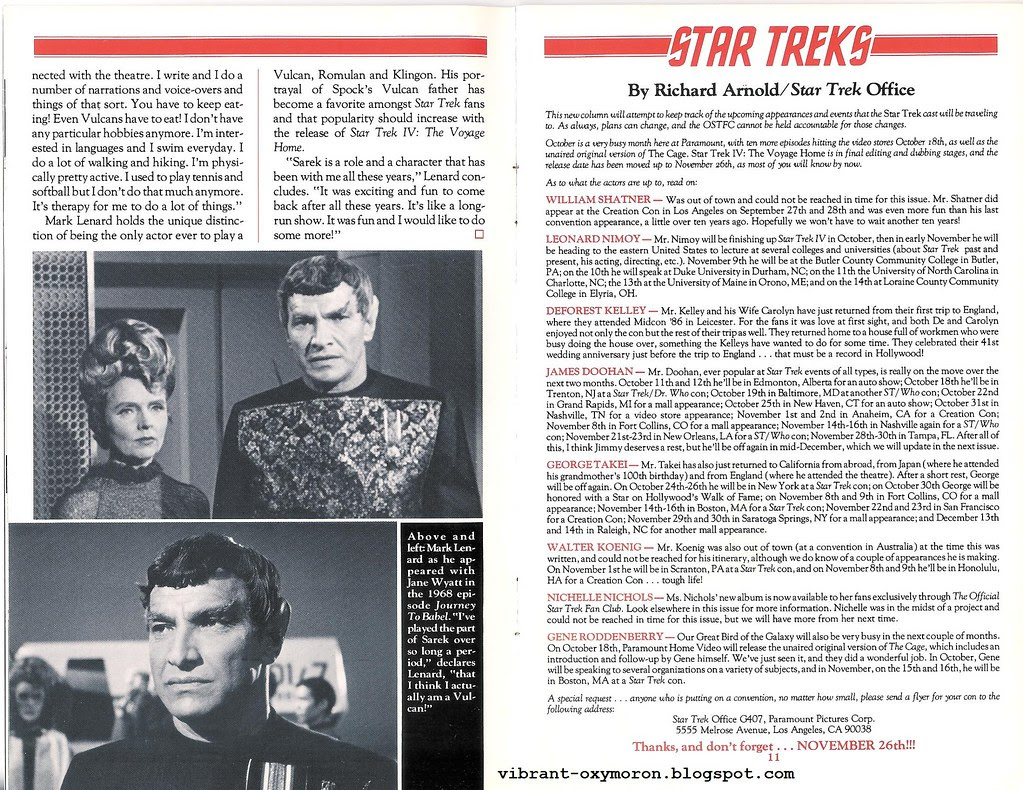 Refreshing! The only thing left to do after reading that interview is to go make a peanut butter and banana sandwich, pour a cup of chocolate milk, sit down, and watch him in action. And if you don't have a copy of the episodes/movies, find them online or go down to a video store and buy yourself some DVDs!

(They also sell most of the movies on VHS at thrift stores everywhere. There are no excuses.)
Posted by T'Laina at 21:16