Zombies of the Stratosphere - A Role He'd Rather Forget

The following scans are from the Crew Files Magazine Spotlight on Spock, 1987. Click to enlarge.

Before Paris, Tom Kovack, or Spock, Leonard Nimoy had a role as Narab - a Martian in "Zombies of the Stratosphere" in 1952 (his third role). 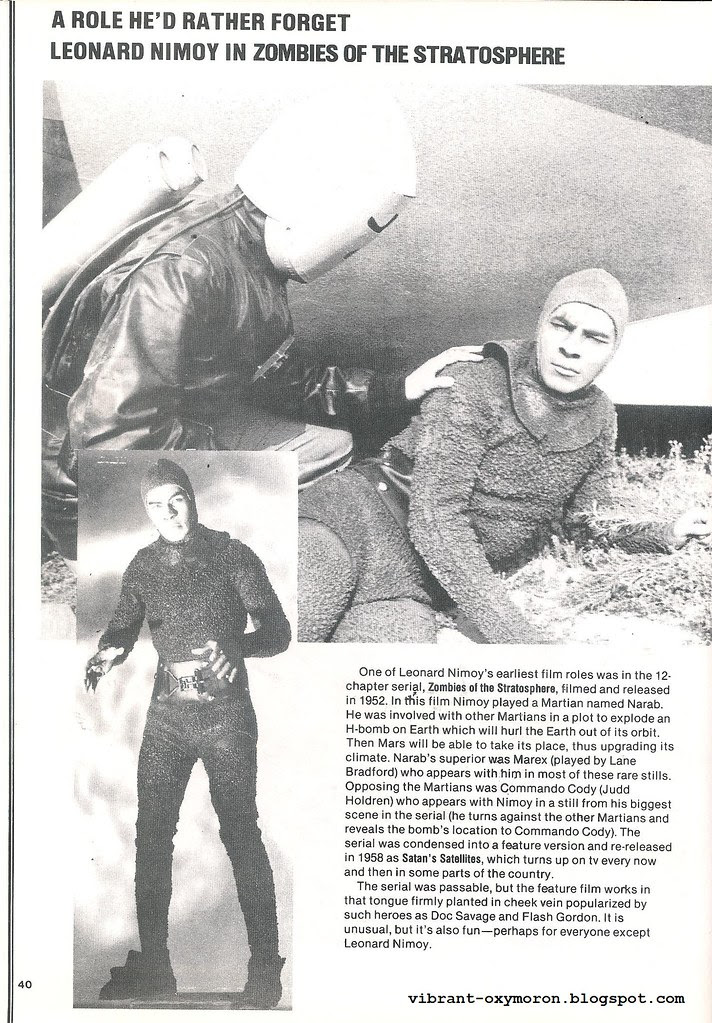 The twelve-chapter serial was filmed and aired in 1952 and featured Judd Holdren as Larry Martin, or as I saw him - Powdered Toast Man with a cardboard mask. Larry would leap into flight dramatically, laying out in the sky, and all I could think of was epileptic-fit-causing lights and the powerfully said phrase, "Poooowwwderrred Tooooast MAAAAAAAAAAAN!" 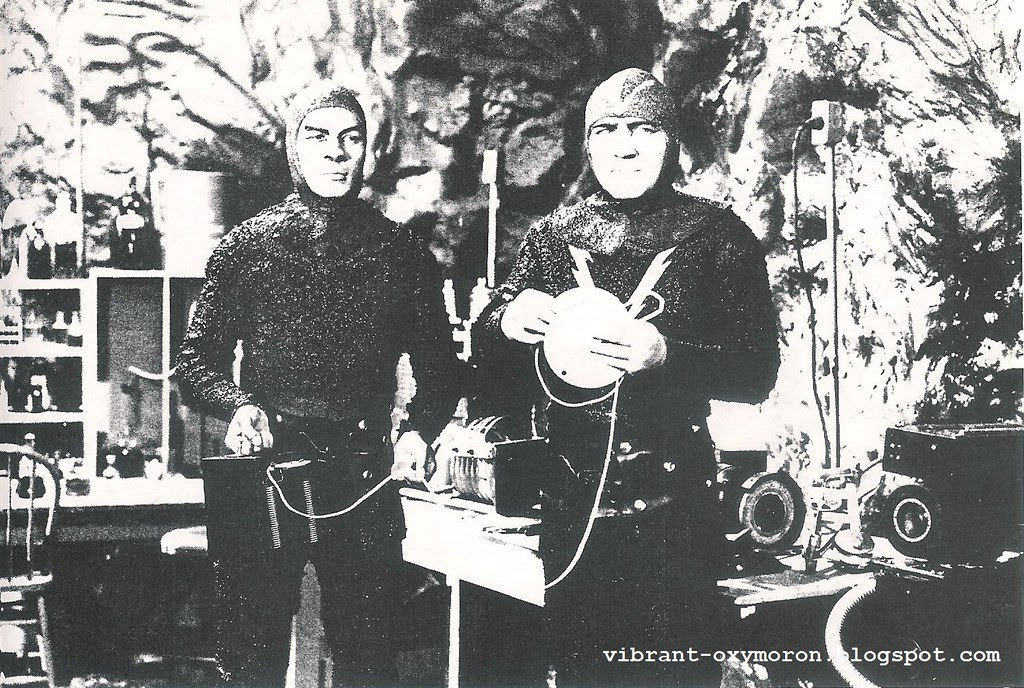 Anyways, the film is about Martians coming to earth because their planet is too far from the sun. They want to use an H-bomb to blow Earth away from the sun, so that Mars can take it's place. Larry Martin has an experimental rocket suit that allows him to fly. It is up to him to stop these people from Mars.

By the way, the show has nothing to do with Zombies. 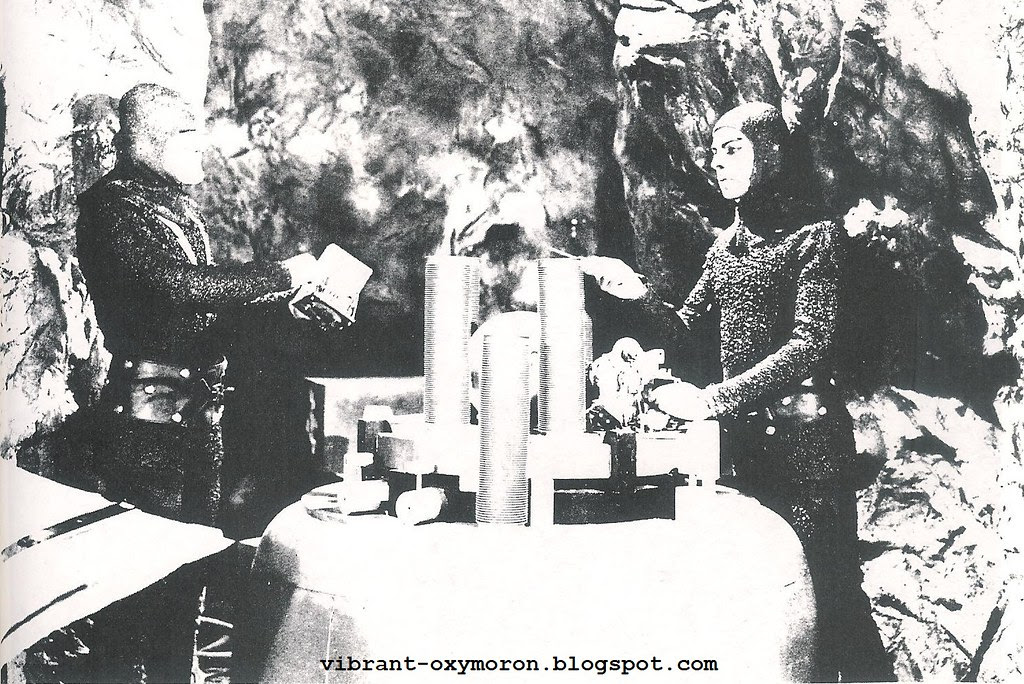 So what was Nimoy's role all about? Well, his charecter (Narab) and Marex go around stealing supplies for the bomb and looking utterly ridiculous. Narab eventually turns against the others and reveals the location of the bomb. Not really much of a pride-inducing role - but it's too bad Nimoy couldn't have more fun with it.

Still - I am a sucker for old films and serials, and had watched it a while ago on the internet. Unfortunately I can no longer find it, but if you ever get a chance to see it, take it! The low-budget effects and story are actually strangely compelling...