I don't put nearly enough Doctor Who scans/pictures up here - now it is time I make up for the lack of Time Lord goodness. I came across this calendar from 1988 at an antique shop a while back - due to the year, it only has up the the Sixth Doctor (so that means no Sylvester McCoy, to my dismay). Still - not bad for ten dollars! 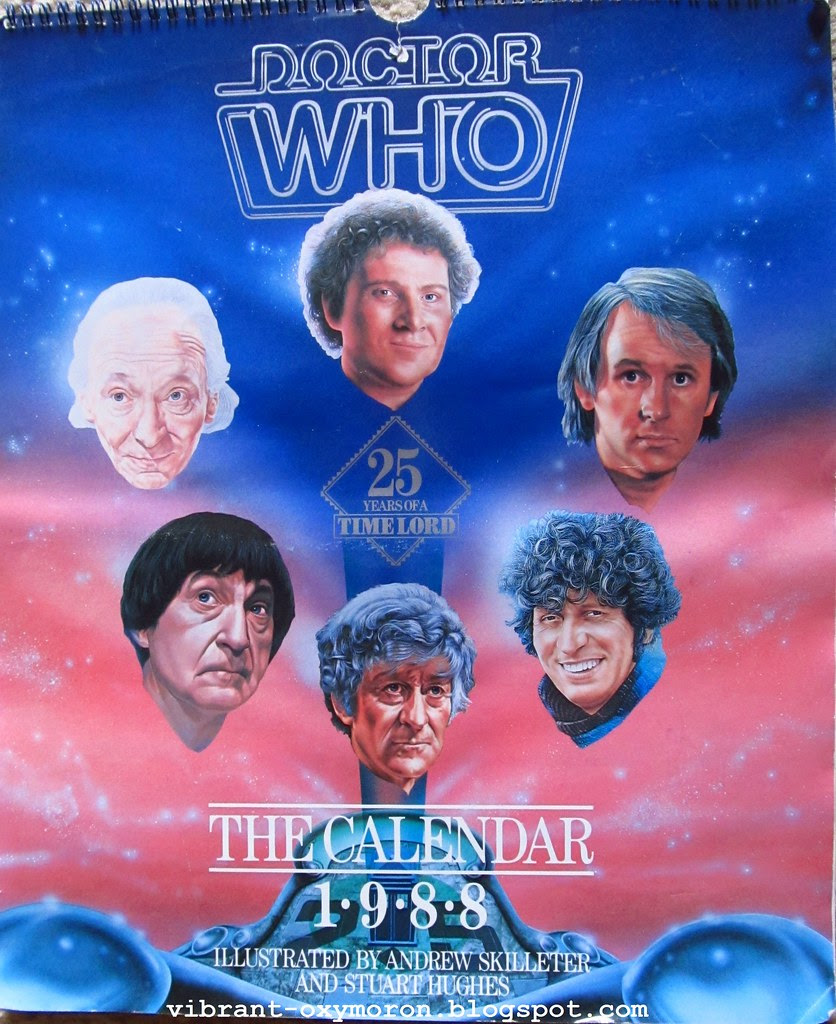 Now for January we have the floating head of William Hartnell as the First Doctor - one of my favorites. He's such a good grandfather to Susan, and acts like such an (awesome) cranky old man.

Honestly, in this picture he reminds me of my grandmother. But hey, she's pretty cool! 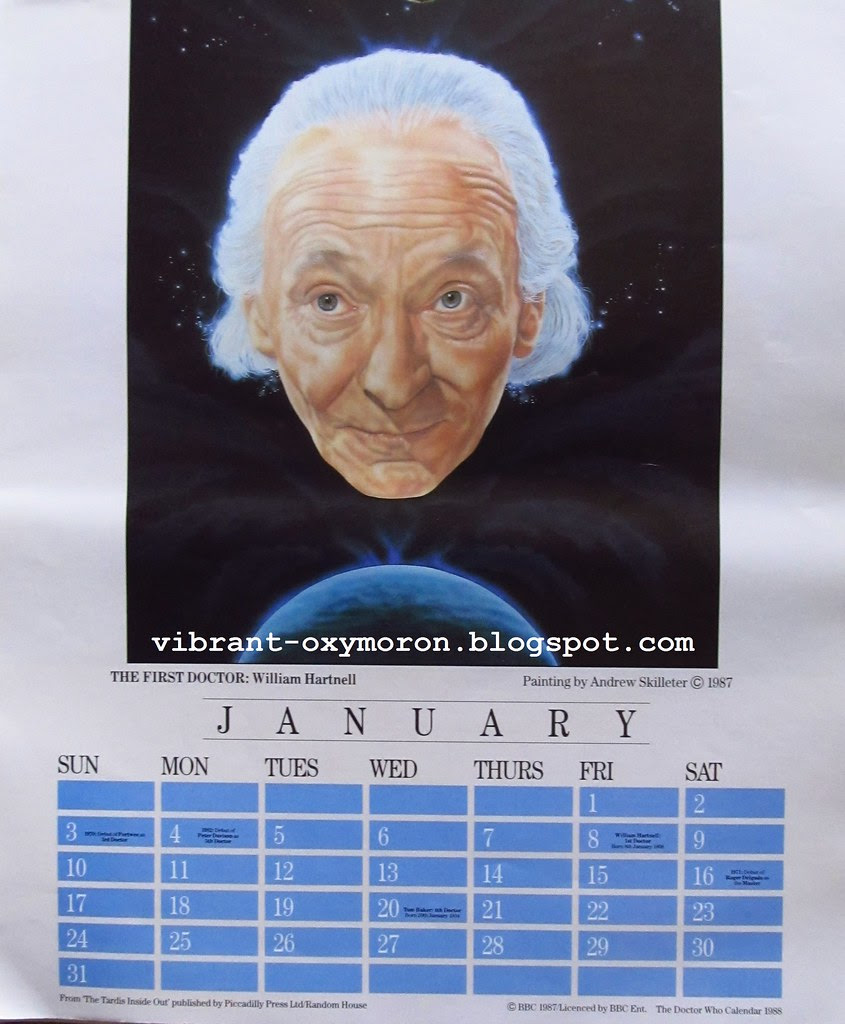 For February we have a wonderful floating Doctor - the sixth, played by Colin Baker. Colin and Tom Baker (no relation) had the best outfits of all the doctors, in my opinion. I mean, who doesn't lust after a rainbow patchwork jacket or a 10-20 foot long scarf? 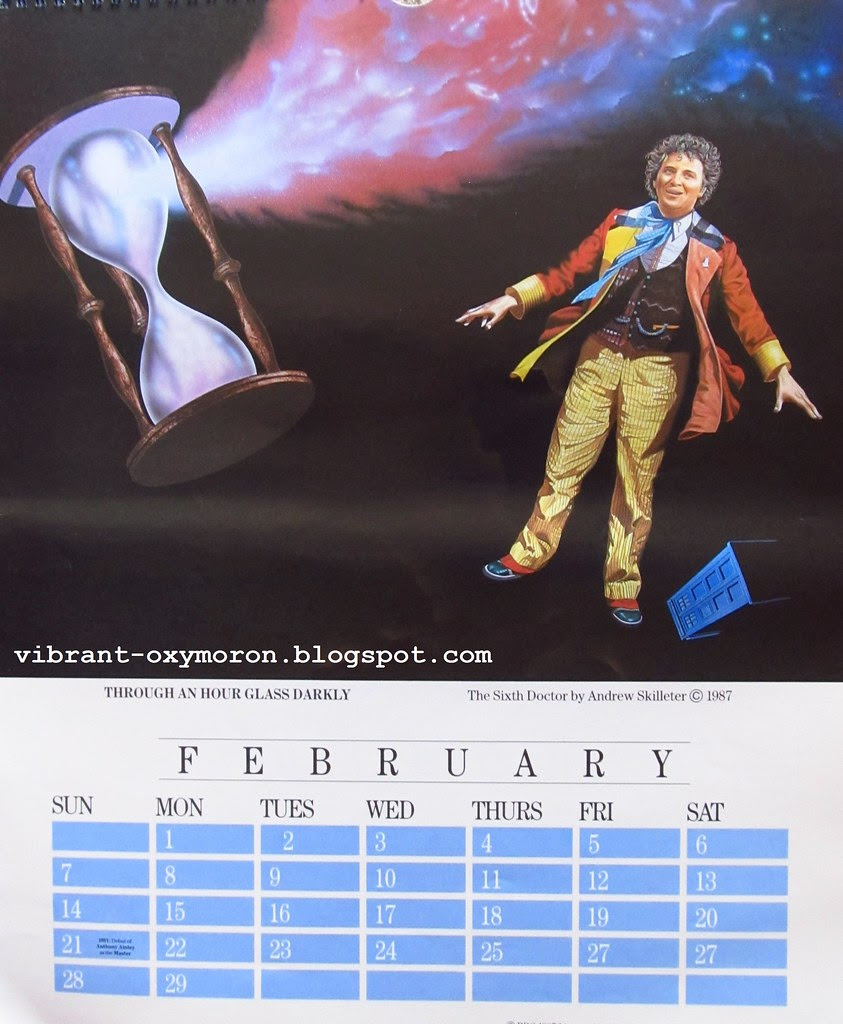 Moving on, we have Patrick Troughton as the second doctor. He is such a wonderfully handsome man, unfortunately that does not come through in this photo/painting: 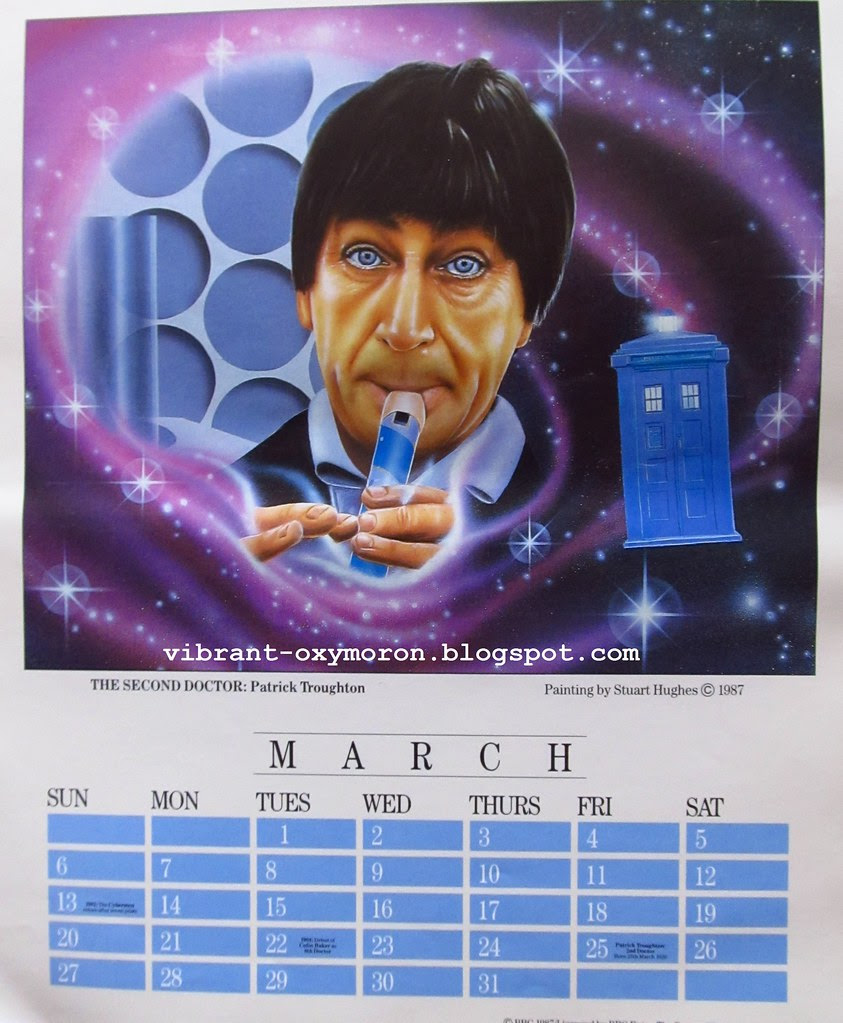 In fact, he kind of looks like Stuart Larkin from MadTV: 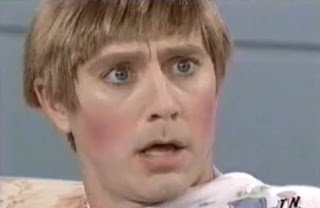 April must be a super-evil month, because it is represented by... the Master (the first, played by Roger Delgado). You can tell he's evil, because he has a goatee and red clouds around him, right?

PS. Roger Delgado was the best looking of all the Masters. 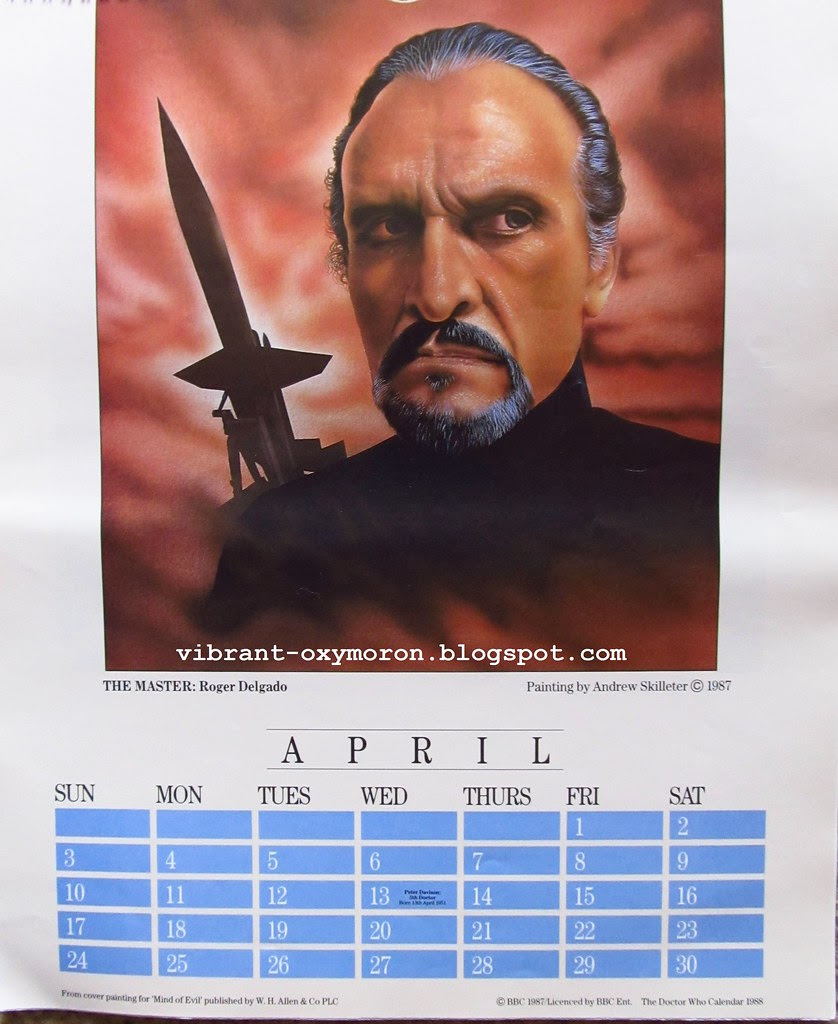 Last one for today - for the month of May we have a lovely LSD-induced painting of the third Doctor played by Jon Pertwee.

This is another one where he would have looked handsome if it have been done differently - he really wasn't as crazy as he looks here, I swear. 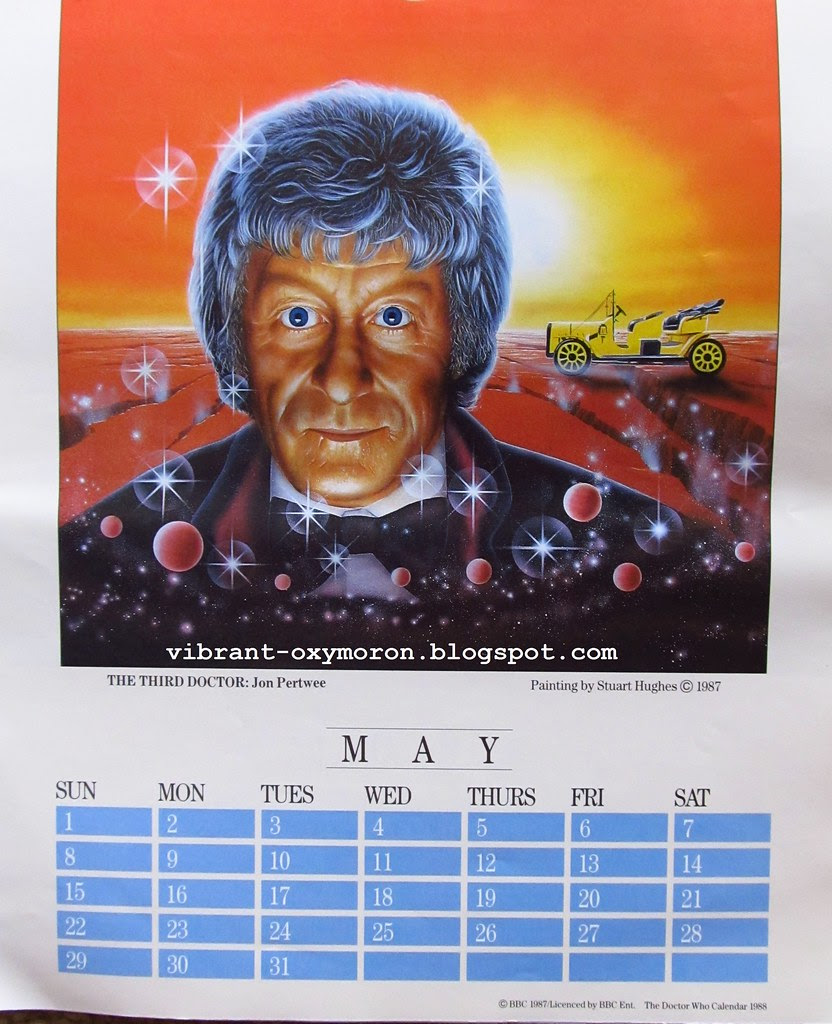 I actually just realized that all of the portraits that I love were done by Andrew Skilleter - in my opinion, Stuart Hughes' portraits  look deranged and drug induced. Sorry, Stuart.

Not that I don't love the portraits, I just like Skilleter's more in for this calendar because they are more accurate. In fact, I love this calendar. Joke's on the antique shop I got it from, I would have paid fifty for it! (Insert evil laugh here)
Posted by T'Laina at 20:13