A is for Alien Spotlight!

About a year ago, I was in a local grocery shop when I stumbled (literally) into a rack of comics that I had never seen before - for only eight dollars each (Canadian). One of the comics I picked up that day was IDW's Alien Spotlight Volume One - a collection of "one-shots" featuring the Borg, Andorians, Orions, Vulcans, and Romulans.

My favorite story (as one might predict) is the spotlight on the Vulcans. Not only does it center around Spock, but it also takes place under the command of Captain Christopher Pike!

I have scanned some of the key panels - spoilers ahead. 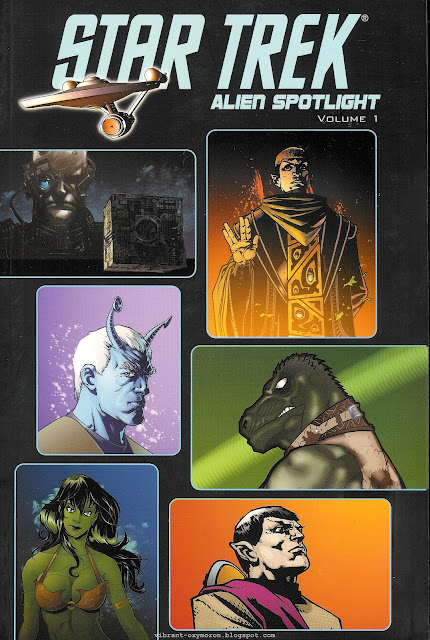 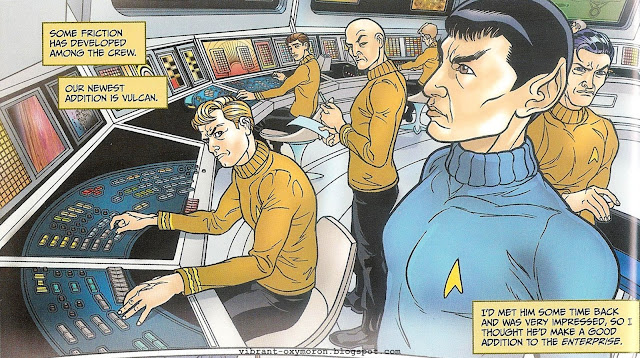 According to this comic, Spock was not readily accepted by the crew of the enterprise. His logical stand on issues such as life and death is creating "friction" among them. 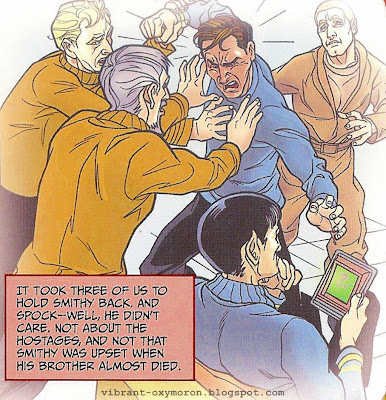 Captain Pike considers getting him reassigned. After preparing to beam down to meet the Magefferan Military Leaders in the City of Pomapoli, they arrive on a planet covered in debris, unable to contact the Enterprise. The Magefferans attack, and the crew discovers that the phasers are jammed as well. One of the crew members is killed, causing another logical statement from Spock: 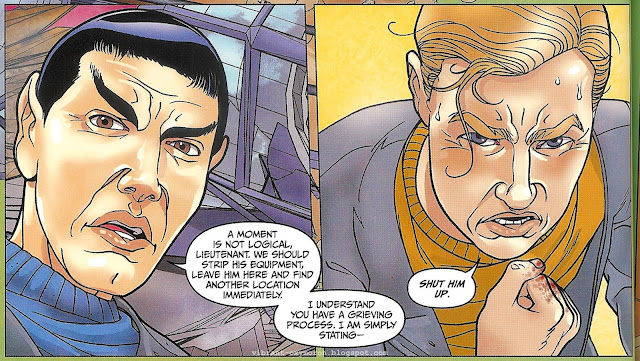 Captain Pike feels that this mission may confirm that Spock be reassigned. Captain Pike and Lieutenant Tyler decide to attack the Magefferans, despite Spock's reminder that they came on a mission of peace.

Lt. Tyler gets angry at Spock, accusing him of not "giving a damn about anything". Against Spock's disagreement with the plan, the go on to attack the Magefferans. The Magefferans realise that they have been distracted from some of the crew sneaking off to destroy the jammer, and capture them, stating that they will "cut their throats, one by one". As they struggle to hold down the Captain and Lt. Tyler, they notice Spock: 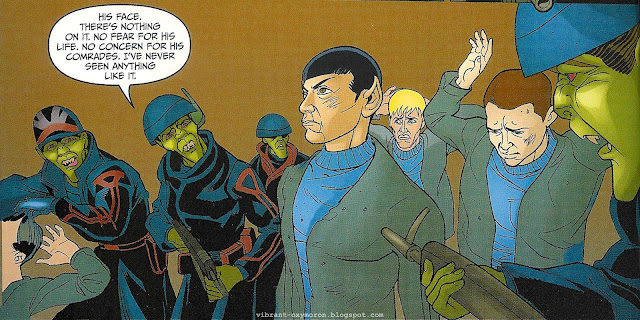 Pike deduces that a majority of the Magefferans have never seen a Vulcan before. 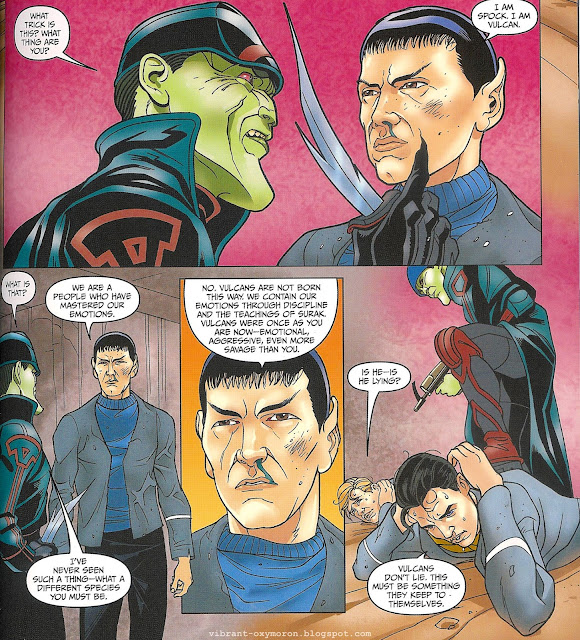 The Magefferan leader does not believe Spock, but Spock proves himself and his emotional control. The Magefferans are intrigued, and agree to listen. (Click images to enlarge) 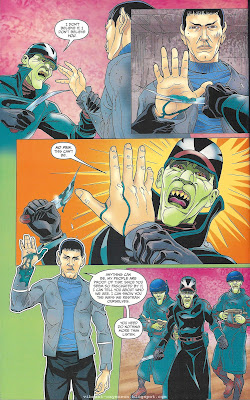 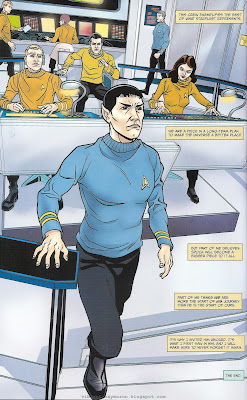 Afterwards, the Magefferans had their medical staff analyse Spock, and sending him from leader to leader. After days, they were convinced  to board the Enterprise to continue negotiations. Mediators were sent to the planet, most of them Vulcan, to continue the Federation's work. Captain Pike - and the rest of the Enterprise Crew - begin to accept Spock, even if they still do not understand.

When I have a child, I will read it this story every night. It's definitely worth finding a copy, as one is not only entertained, but gains an insight into various species' as well. And no, I'm not being paid to endorse this collection.

It even has a "charming" page about the Borg meeting a little girl. It makes me laugh every time I see it, and then I feel kind of bad. 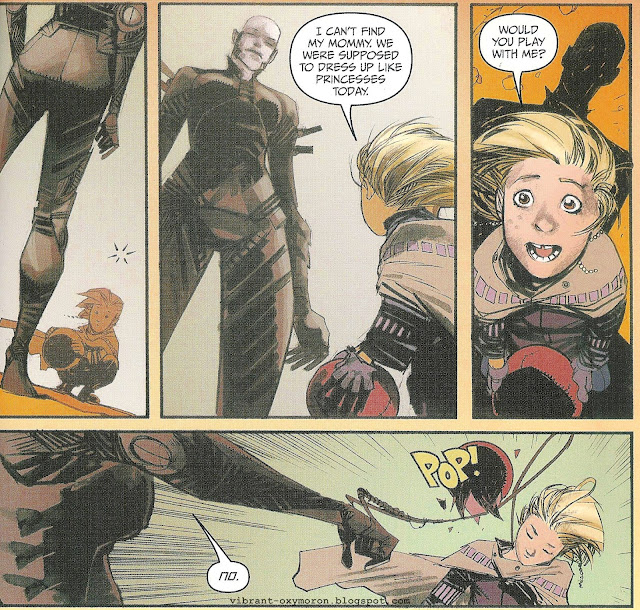