I don't usually wear any nail polish, but today I felt like doing something a little bit different - something that reflected what I have been into lately. I didn't paint them anything bold like black or red, but I did coat them with shine and draw on some Vulcan characters: 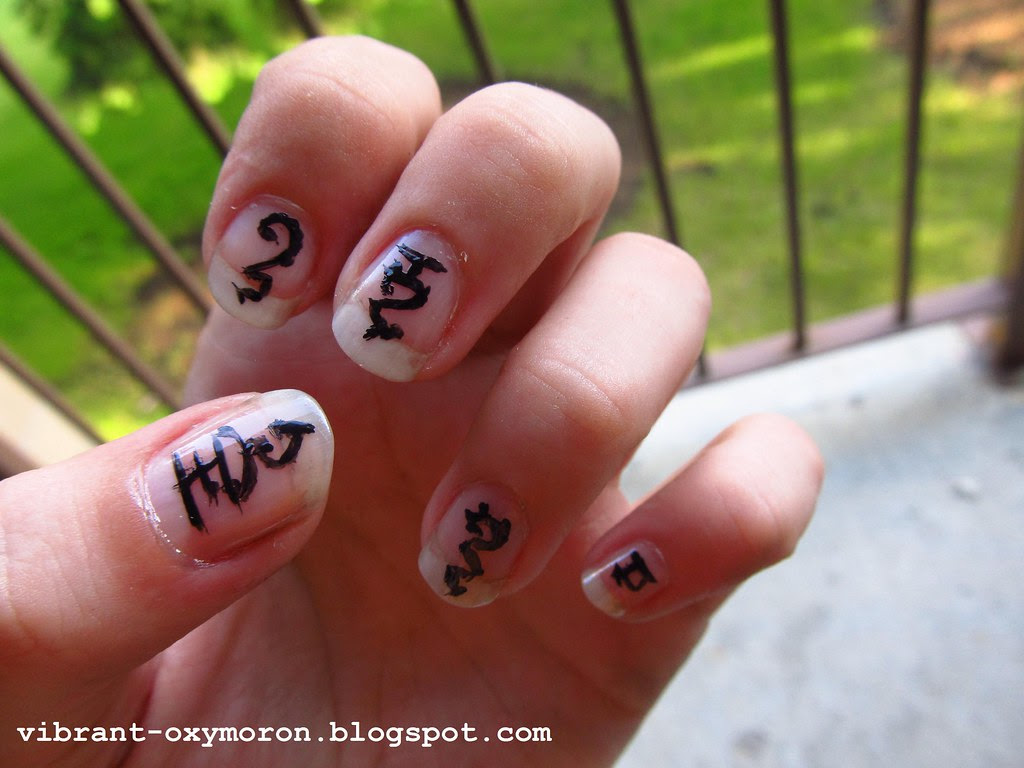 I have been learning my Vulcan script for a while now - at least as much as I possibly can with limited development and resources.

The finger-nails, from left to right, read "Rata" "Tafar" "Tapan" and "Malat" - meaning concept, discipline, process and nature. Rata, tafar, and tapan usually appear on Vulcan robes in a vertical column on the chest.

On my thumb nail is the symbol for "Ozhika", meaning "logic". 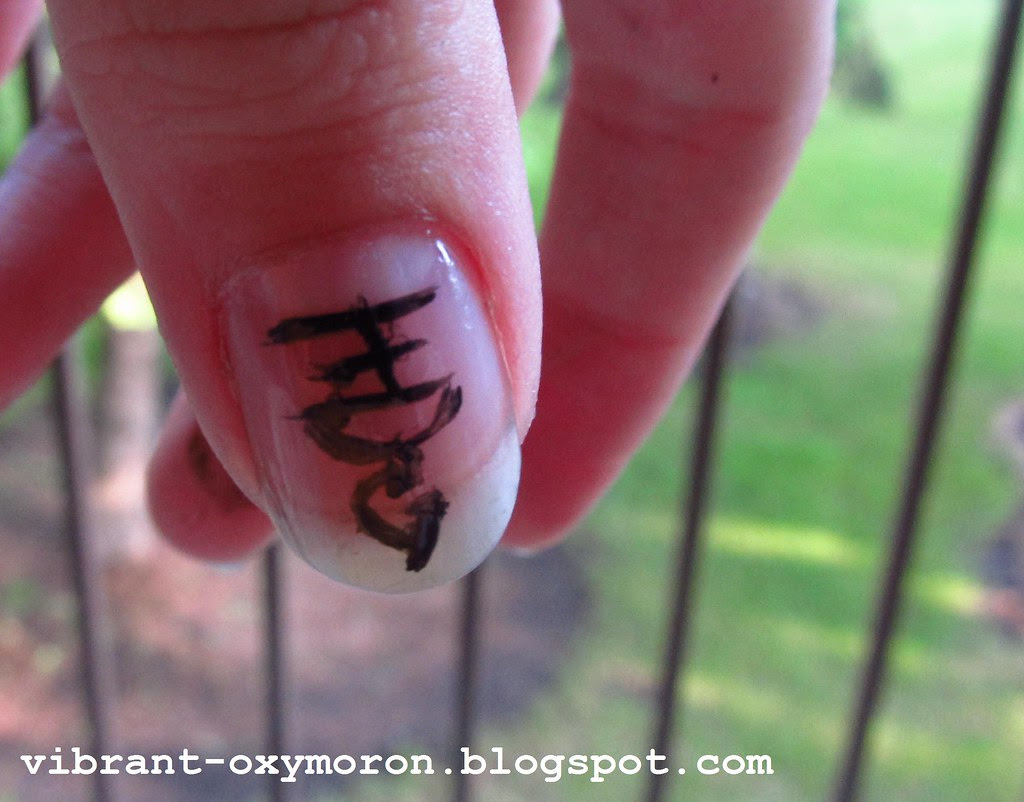 It was difficult to get the characters looking right because the brush I was using was frayed and bizarre. I did, however, write out a copy of the symbols I used along with their translation in English. And now you know what my writing looks like (not that anyone really cares). Click image to enlarge. 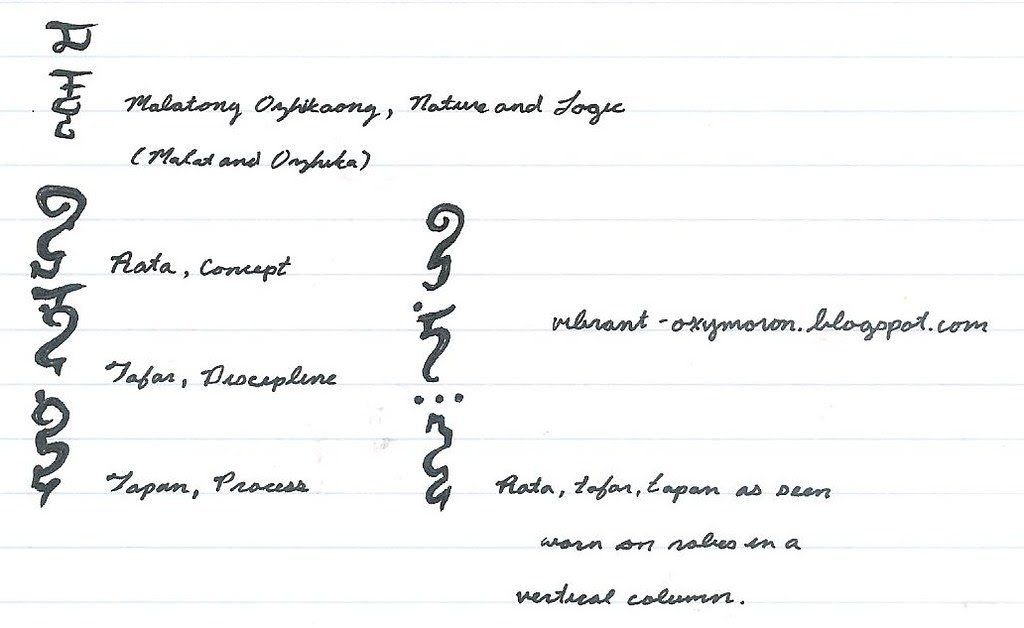 I initially wrote "malatong ozhikaong" because when saying "something and something" in Vulcan, one adds the ending "ong" to the end of each subject. There are also two different ways to write rata, tafar, and tapan. The version on the left is written in 23rd century Vulcan script, and the version on the right is that which we see on Vulcan robes.

I often pair ozhika and malat - nature and logic are very important to me, and always have been. I feel that they belong together.
Posted by T'Laina at 23:07