It's time to focus on my two favorite half Vulcans - Robin Curtis as Saavik and Leonard Nimoy as Spock and the director of Star Trek IV.

Now I know that Kirstie Alley played Saavik originally in The Wrath of Khan, but I feel that Robin Curtis is more suited to the character. She has a harsher face that I feel expresses her Romulan half with more accuracy.

As a matter of fact, Robin Curtis also played a Vulcan (T'Paal) undercover as a Romulan Mercenary named Tallera in The Next Generation (Gambit, parts one and two).

But I digress. Going back to the Star Trek The Official Fan Club Special Vulcan Issue, there is an amazing interview with Robin Curtis regarding her experience playing Saavik, followed by an interview with Leonard Nimoy about Star Trek IV (Which he was directing at the time). 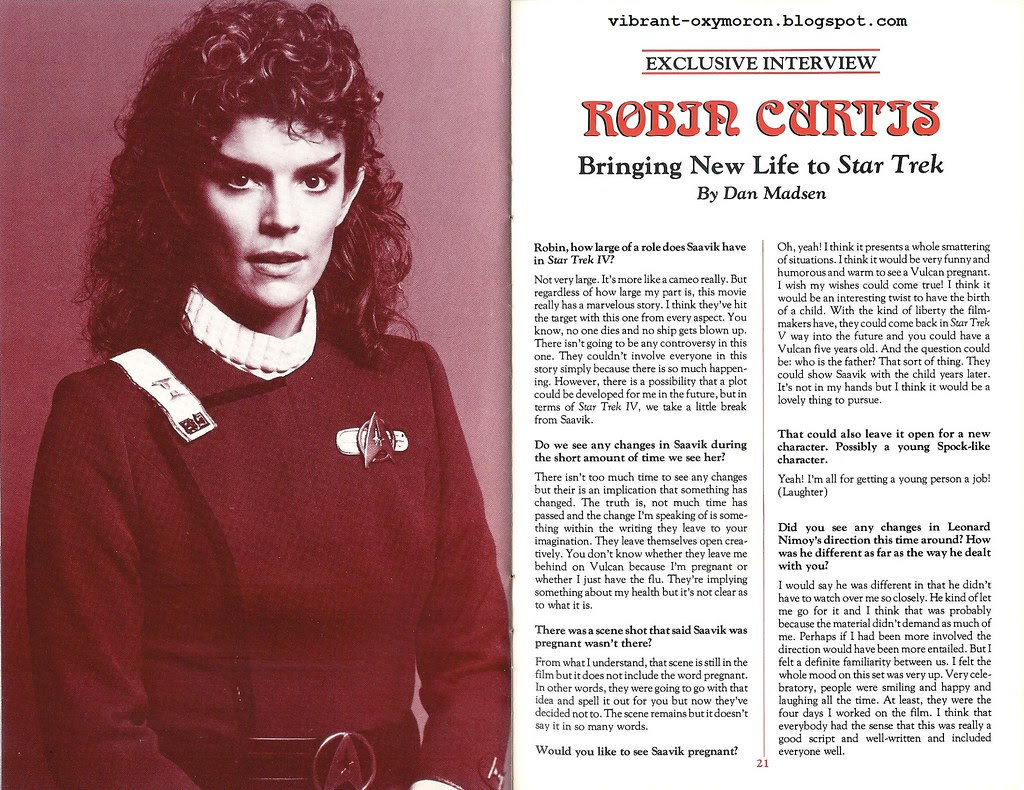 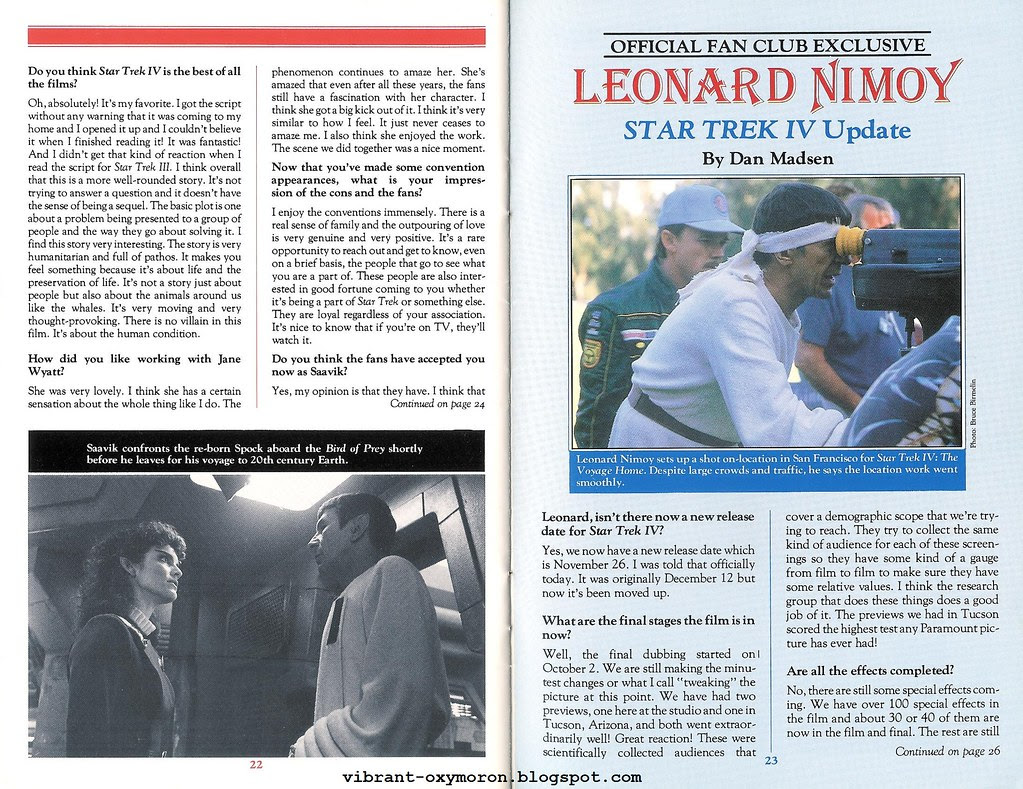 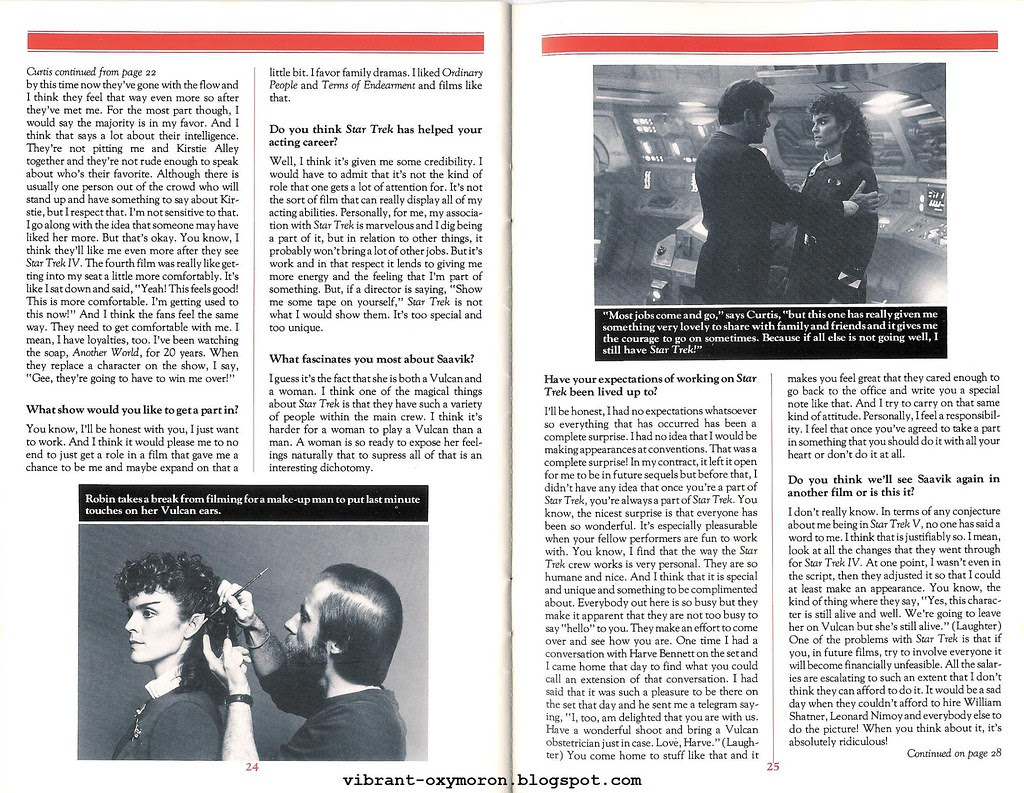 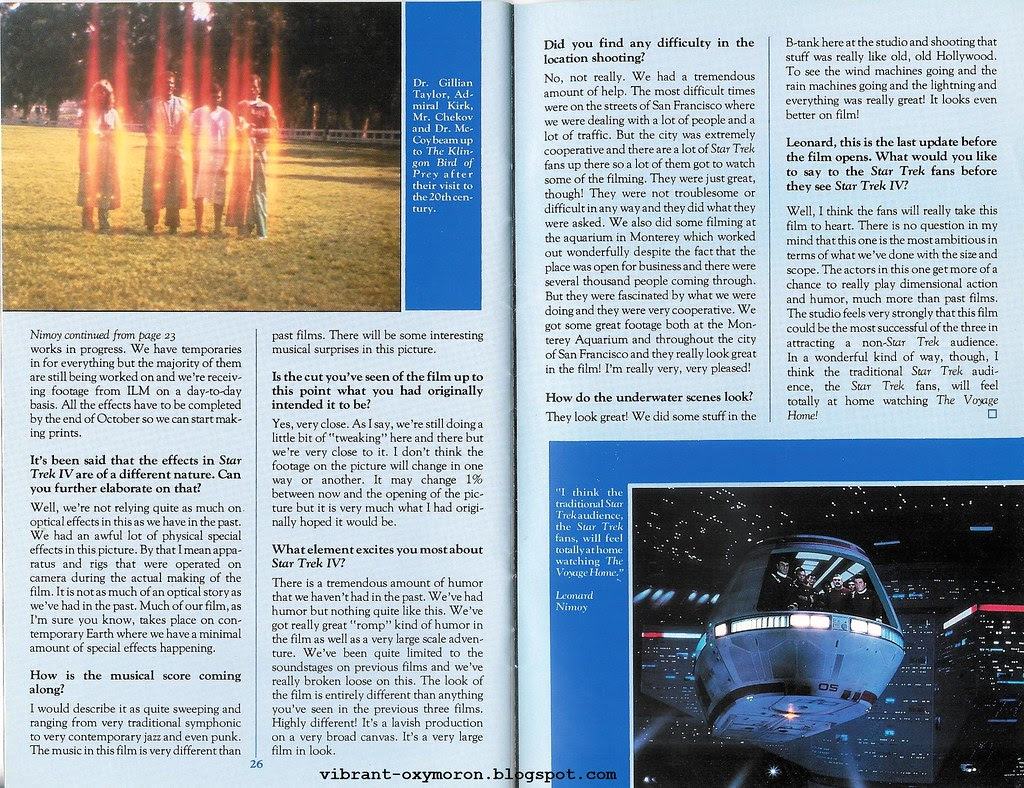 And along with the end of Robin Curtis's interview is a *GASP!* News Flash Extra! What's the big news? Star Trek: the Next Generation will be produced in 1987! The suspense is killing me. 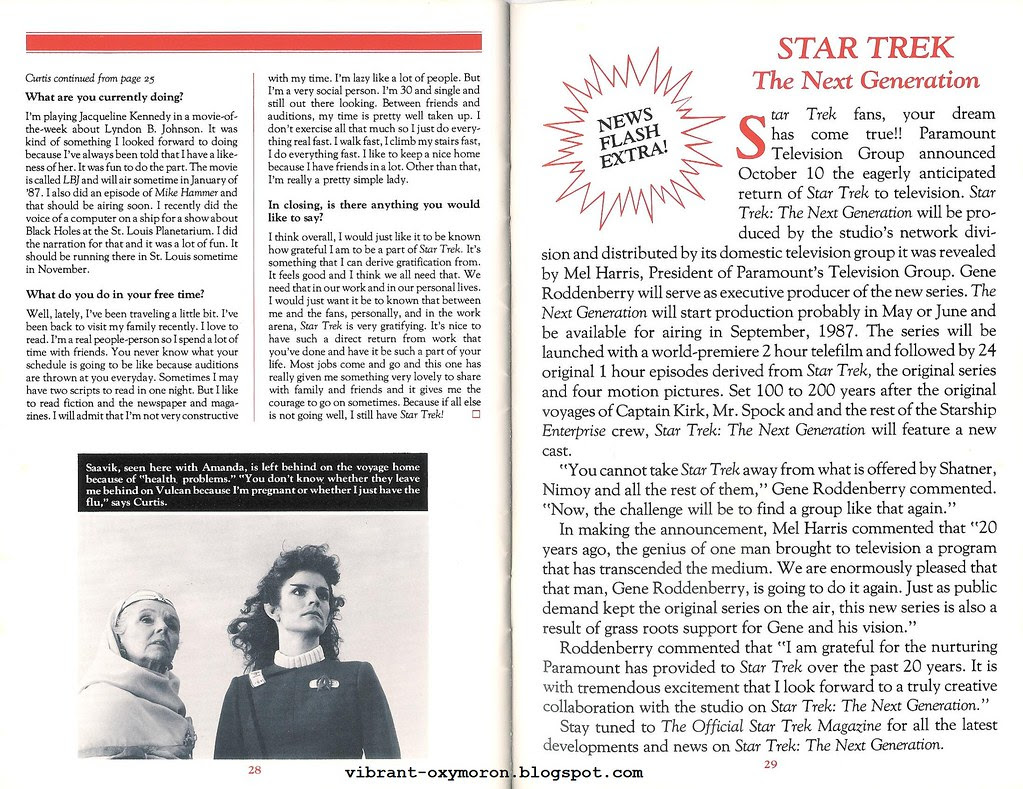